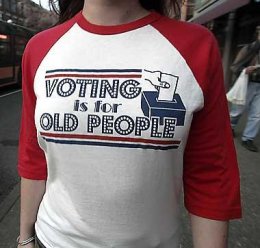 They fast approach. They're sham elections. Except for more contesting parties, they replicate America's illegitimate process.

Israel's current Knesset is its most hardline ever. It trashed rule of law principles. It enacted repressive anti-democratic laws. It fast-tracked Israel toward tyranny.

It targeted free expression and assembly. It supports accelerated settlement construction on stolen Palestinian land. It prioritized what no free society should accept.

Candidates from four Arab parties are contesting. They include United Arab List, Ta'al, Balad, and Hadash. They're each predicted to win four seats. Effectively they're powerless.

Hardline Jews run Israel. Arabs have no say whatever.

All Israeli politicians do it. Their promises belie their agenda. They say one thing and do another. They support the worst of hardline policies.

They turned Israel into a rogue state. They prioritize regional dominance. They want Israel running a "New Middle East." They want non-Jews deprived of all rights. They support policies no one should accept.

Jewish ones alone count. Arabs vote but have no say. They represent 20% of Israel's population. They're denied equal rights. They called a fifth column threat. They're treated like enemies of the state.

Israeli law calls for elections every four years. It doesn't always turn out that way. On February 10, 2009, Israeli 18th Knesset elections were held.

Last October, Netanyahu announced early new ones. Doing so was a strategic decision. Inability to achieve a "balanced and responsible budget," was claimed.

They fast approach. They'll be held on January 22. Fourteen parties held 18th Knesset seats. As discussed above, 34 parties will contest for 19th Knesset representation. To qualify requires winning at least 2% of the vote.

Voters don't choose candidates. They cast one vote for one party. All Israeli citizens over 18 are enfranchised. Only those on foreign government postings and merchant seamen can vote from abroad.

Voting isn't compulsory. Turnout is usually high. Years ago it approached 80%. Now it's about 65%. Post-election, consultations with Israel's president are held. The post is largely ceremonial.

To form a new government, support from at least 61 MKs are needed. No party gains a majority. Coalitions run Israel. Weeks or months may be required to form one.

Ahead of elections, candidates campaign on the stump, online, in closed venues, in small ones, in private homes, through social networks, and allotted broadcast time.

It's allocated based on Knesset membership. It's aired on a Central Elections Committee timetable.

Debates are rarely held. In the last 35 years, they've been seven. The most memorable was in 1996. Netanyahu trailed in the polls. He embarrassed Prime Minister Shimon Peres. He was aging, tired, and showed it. In August he'll be 90.

Democracy exists in name only. It's hypocritical and farcical.
Subterfuge disguises Israel's dark side. Most Israelis are largely dismissive.

They have themselves to blame. They're indifferent to Palestinian suffering. They let leaders get away with murder. They're largely passive about eroding social justice en route to eliminating it altogether.

Polls predict Likud/Yisrael Beiteinu will retain power. Hardline coalition partners will join them. Labor's been shut out for years. It hopes to reestablish itself as a viable alternative. It has miles to go. More on its leadership below. It's more right-of-center than left.

Kadima is fighting to survive. It's a shadow of its former self. Yair Lapid's Yesh Atid hopes to replace it. Former Kadima leader Tzipi Livni heads Hatnuah. She calls herself a Likud alternative. She promised to succeed where Kadima failed.

Habayit Hayehudi and Shas vie to become Israel's second largest party. Micro-contests will decide other winners and losers. Right-wing secular and religious extremism will dominate. It's baked in the cake. Surprises won't be forthcoming.

Labor calls itself a Likud/Yisrael Beiteinu alternative. Its policies replicate their extremism. They show what Israelis and Palestinians face. Traditional Labor supporters spurn her.

Parties representing their interests won't win enough seats to matter. Some will be entirely shut out. Hardline government remains dominant. Worse than ever times approach.

On January 7, Haaretz called Netanyahu a "weak prime minister." Public sentiment views him as a "default" choice. He's not a popular favorite.

"Politicians are drawn like magnets to power and repelled by weakness. They have no choice."

"If they behave otherwise, they will have trouble surviving. When they smell blood or fear, they sink their teeth into their adversaries and tear them to shreds, leaving them for dead by the roadside."

His future remains in doubt. He could be barred from politics for seven years. He won't be missed. Challengers vie to replace him.

Netanyahu may struggle harder to enlist coalition partners than he imagines. He's been around long enough nothing is certain in love, war or politics. Surprises and reversals occur when least expected.

He hopes pre-election political choices will avoid them. He waged Pillar of Cloud war on Gaza. He prioritizes settlement expansions.

He announced controversial E1 area development. He did it to punish Palestine. He criticized its upgraded UN status.

He dismissed international reaction. He's mindless about how others feel. He knows he can get away with murder. Stealing Palestinian land is minor by comparison.

Polls suggest he'll remain prime minister. Haaretz said his "current difficulties will seem like a walk in the park compared to the political hell that awaits him after the elections."

They pale to what he'll inflict on Israelis, Palestinians, and regional opponents. He's a menace too great to ignore.

Last year he was investigated for allegedly accepting prohibited campaign money from a businessman.

Did he or didn't he accept elicit funding? Reports suggested Dedi Graucher gave him hundreds of thousands of shekels.

He also covered travel expenses. Some of his trips were double-billed. Illicit campaign funding was involved.

Former Prime Minister Ehud Olmert was prosecuted and acquitted on similar charges. Whether whitewash let him off the hook remains for others to decide.

For now, Netanyahu appears safe. He's too high-profile to touch. He's an unindicted war criminal. Before leaving politics, he'll have much more to answer for.

Megalomania, delusions of grandeur, and racist hate define his agenda. He's a modern-day Caligula incarnation. Tyrannical harshness got him assassinated. His own Praetorian Guard did him in.

Perhaps Netanyahu will perish the same way. The sword he lives by may undo him. At stake is how much harm he'll inflict in the meantime. He's favored to get another four years to try.