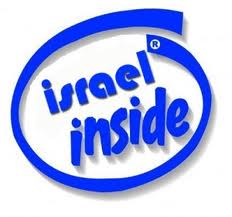 It discusses "the role of Israel's government, its military, and related corporations and organizations in a global industry of violence and repression."

"The states most involved with this industry profit from perpetual war and occupation across the globe while maintaining vastly unequal societies of their own."

Israel "developed great expertise." It exports it "on an industrial scale. Doing so is crucial to its economic and political power."

It partners with Washington's crimes. It collaborates with the worst of regional despots. It's waging war on Palestine, other world communities, and popular movements.

Allied with America and other Western states, it seeks regional dominance and resource control.

It wants its share of what Franklin Roosevelt's State Department called a "stupendous source of strategic power, and one of the greatest material prizes in world history."

It referred to Saudi oil. Regional control is now sought.

Israel's importance to Washington is reflected in "the growing significance of both oil and the arms trade to the world economy."

Israel gets more US aid than all other countries combined. Most is military related. It's vital to Israel's budget.

Most often, whatever Israel wants it gets. US taxpayers pay the tab. They have no idea how much it costs. In 2009, Israeli military spending accounted for "an additional 15.1% of (its) overall budget."

As a percent of GDP, it's "the biggest defense spender." It's for offense, not defense. Israel has no regional enemies. It invents them to hype fear.

Washington does the same thing. They're rogue partners in crime.

US-supplied aid funds regional instability, settlements, and other forms of occupation harshness. It also made Israel a "laboratory to develop weapons, surveillance technology, and" control populations.

Israel markets what it has globally. It exports death, destruction and human misery. It sells to allies and alleged enemies.

Its customers include Islamist, communist, capitalist, despotic, and nominally democratic states. Where there's profit to be made, Israel seeks it.

Where there's a way to further Israel's imperium and ally with likeminded partners, Israel prioritizes it.

Israeli "crowd control, forced displacement, surveillance, and military occupation" expertise "place(s) it at the forefront of a global" repression industry.

Militaries, police, and other security forces brutalize people with what Israel supplies.

Government agencies, the IDF, and private Israeli corporations grossed over $2.7 billion in 2008. Doing so accounted for over 7% of Israel's economy.

Israel has over 300 Homeland Security companies. They operate globally.

"No other country has such a large pool of experienced former security, military, and police personnel." None were more able to field test "systems and solutions in real-time situations."

None ever manufactured more out of whole cloth to do so. Israel has no enemies. It invents them and pretends.

Zionist organizations provide their own political and economic support. They share "intelligence information," coordinate surveillance and repression strategies, and collaborate for profit.

Israel is a rogue terror state. It collaborates with others like itself. It plays a major global role. It limits free movement. It helps police communities. It undermines worldwide struggles for justice.

It's well documented. It's rarely if ever discussed publicly. It's almost never challenged.

"Israel ties its interests not with the masses fighting for freedom, but with their jailers," said Shahak.

Haaretz once called Israel the West's "watchdog." It's America's regional cop on the beat. Turkey plays a similar role. So did Iran under the Shah.

Regional violence and instability remain prioritized over conflict resolution and peace. They're anathema and spurned. A new book explains more.

His book titled "The Bride and The Dowry: Israel, Jordan, and the Palestinians in the Aftermath of the June 1967 War" covers the two-year period following Israel's West Bank occupation.

It goes where most others won't dare. It documents ethnic cleansing. It exposes what Israel goes to great lengths to conceal.

Its arguments are irrefutable. Sound evidence affirms them. It occupied the West Bank and East Jerusalem to stay. It considered annexing Gaza. It seeks expanded territory for a greater Israel. It's the only country with no official borders.

He called the West Bank and Gaza the "dowry" Israel's Six Day War won. "The trouble is that the dowry is followed by a bride whom we don't want," he said.

He referred to Palestinians. Before 1948, they were marked for ethnic cleansing. Israel wasted no time. It never stopped. Moshe Dayan explained. He told then Lt. General Yitzhak Rabin "that the aim was to empty the West Bank of its inhabitants."

How mattered less than doing it. In 1947-48, Israel expelled or slaughtered about 800,000 Palestinians. It destroyed 531 villages, as well as 11 urban areas in Tel-Aviv, Haifa, Jerusalem, and elsewhere.

In June 1967, it removed or killed another 200,000. Twenty or more additional West Bank villages were partially or totally destroyed. It was done "to obliterate the Green Line."

Israel "encouraged" Palestinians to flee. They terrorized them to move east of the Jordan River. Thousands who tried returning home when fighting ended were called "infiltrators."

Hundreds were killed trying. Women and children were treated like men. Many were buried in mass graves.

It "prefer(s) land to peace." It disguises its real intentions. It says one thing and does another. It's operates this way throughout its history. Lying is official policy. So is subterfuge.

It wants Arabs marginalized and ethnically cleansed. Slow-motion genocide is policy to achieve it. Peace is anathema.

Palestinians never had a legitimate partner. Israel never missed an opportunity to spurn what it won't tolerate.

Brussels-based European Friends of Israel (EFI) calls itself "a political initiative which aims to improve the overall relationship between the European Union and Israel."

Parliamentary national/Israeli friendship groups from all 27 EU states are involved. EFI's purpose is political. Israeli needs and objectives are prioritized. Reality is suppressed to further them.

After decades of inflicting death, destruction and human misery on a scale few other countries can match, EFI declared Israel a "world humanitarian leader."

It shocks how it subverted truth. Willful deception substitutes. It called the region's most ruthless terror state a caring and liberal country.

On January 23, it plans a conference titled "Humanitarian aid - Israel as a world leader."

It turned truth on its head. It said Israel has "aid teams posed to respond in the wake of natural or man-made disasters anywhere in the world."

It creates enough of them on its own. It doesn't give a damn about humanitarian needs at home or abroad. Claiming so is willful deception. Propaganda, myths, lies, and damn lies substitute for truth.

It's been America's way for generations. It's Israel's way since stealing 78% of historic Palestine in 1948 and the remainder in 1967.

It's Palestine's way to establish self-determination within 1967 borders. Israel wages war on Palestinians who try.