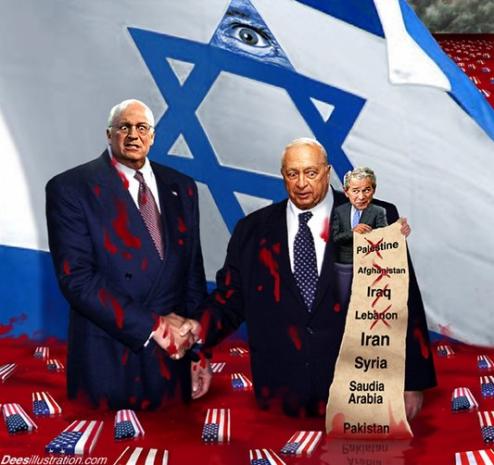 On January 20, Netanyahu said no to independent Palestine, yes to settlement expansions. More on that below.

Freedom House calls itself "an independent watchdog organization dedicated to the expansion of freedom around the world."

It deplores what it claims to support. It gets State Department and other US agency funding. It serves Washington's dark side. It helps further its imperial agenda.

Its January annual report headlined "Freedom in the World 2013." It called Israel the Middle East's only "free" state. Doing so turns truth on its head.

Free countries, it said, are ones with "open political competition, a climate of respect for civil liberties, significant independent civic life, and independent media."

Palestinians and Israeli Arabs have different views. So do most Jews mindful enough to know. Neoliberal harshness and broken electoral promises marginalize and harm them.

Haaretz discussed "false economic promises." It said Netanyahu and Finance Minister Yuval Steinitz "handed out money" to the usual interests, "and now the public will have to pay the price."

It urged Israelis not to forget when heading to the polls to vote. They didn't pay attention before and don't now. They've got themselves to blame.

Eva Berger is School of Media Studies dean/College of Management Academic Studies. Until November 2011, she was Israel's press adviser.

She quit over eroding press freedom. She said she wouldn't "lend (her) hand to this." She cited proposed legislation enabling government to sue journalists and media sources for libel.

She mentioned shutting down a Jewish/Palestinian radio station. At the same time, others were threatened for reporting anti-government views. Legislative proposals worried her.

They're worse now than then. Freedom in Israel is fast eroding. Netanyahu and like-minded extremists bear full responsibility.

In summer 2007, historian Ilan Pappe left Israel. He felt like "public enemy number one." He was pilloried for his anti-Zionist views.

Death threats came by mail, email and phone. His picture once appeared in a prominent Israeli publication. A caption read "I'm not telling you to kill this person, but I shouldn't be surprised if someone did."

Netanyahu represents Israel's dark side. Freedom eroded greatly on his watch. His proposed Loyalty Oath law requires all Israeli citizens, Arabs and Jews, to swear allegiance to a "Jewish, Zionist, and democratic state," its emblems and values.

Forced allegiance is repressive and arbitrary, it said. It reflects fascism, not democracy.

He said "Building in Jerusalem is not the problem of the world. The problem in the Middle East is Iran's attempt to build nuclear weapons."

"This was, and remains, the main mission facing not only myself and Israel, but the entire world."

He thanked Republicans and Democrats for "unwavering support."

"History will not forgive those who do not stop Iran's nuclear program," he added.

"It would be terribly easy to capitulate. I could return to indefensible borders and divide Jerusalem and let Hamas get 400 meters from my home."

"I have to stand firm on our vital interests even when it's not popular. That is the prime minister's job."

"I am not in favor of a binational state. We need to reach a solution. I don't want to rule the Palestinians, and I don't want them to rule us and threaten our existence."

His supporters adorned Jerusalem's Old City with banners saying "Only Netanyahu will protect Jerusalem" and "Warning: 67 border ahead."

Netanyahu spurns peace. So do most other Israeli officials. They're in lockstep on major issues. Expected electoral results harden their resolve. Palestinians have have reason for despair. They have much to fear.

Land theft is official policy. At issue is maximizing territory and minimizing Arabs. Palestinians have no say. They're victims of Israeli viciousness.

Ghettoization is Israel's aim. It's "been implemented for the past 65 years." It "concentrate(s) Palestinians in reserves."

It robs them of land rightfully theirs. It forces them to accept Israeli policy or leave.

"This formula is a sure recipe for disaster for both Israelis and Palestinians."

Israel's occupation "constitutes the main source of violence and instability in the region."

Israeli justice has no meaning except for privileged Jews. Arab citizens are marginalized and denied. "(I)nstitutionalized discrimination" harms them. "Incitement against Palestinians is on the rise."

"This culture of hate and exclusion is demonstrably evident throughout most of the Israeli electoral campaigns."

Dozens of UN resolutions are ignored. Israelis have to realize that "the longevity, security, and legitimacy of their state" depend on treating Palestinians "and their commitment to peace and justice, not to the subjugation of a whole nation."

Whatever her personal views, she knows Abbas and other PA officials spurn their own people. They enforce occupation harshness. They do it for whatever benefits their derive.

Its weakened state can't sustain much more. It may entirely erode before voting for Israel's 20th Knesset approaches.

Israelis should have thought about what they ignored. It's too late to change things now.

Yes, Lendman, you're still turning black white and white black to get your hands on the green. Hope you're paying your taxes :)

So, Israel isn't a democracy, and is keeping the real democracy of Palestine down. Duh, the Democratic Republic of Palestine would join the huge list of Muslim democracies, see Wikipedia :)

Speaking of Palestine, why doesn't Arabic have the letter P? :)

The state of Palestine NEVER EXISTED. It's a CON GAME for hate-filled Muslims to continue their MUSLIM JIHAD against the JEWISH STATE of ISRAEL. If Arabs could exterminate Israel, they would drop the Palestine state dodge and go back to Muhammad's command to have a unified Ummah or Borg Hive centered in Mecca. It's only because of ALLAH that Muslims will never accept a Jewish state on a single square inch of ALLAH'S UMMAH.  They're SICK!