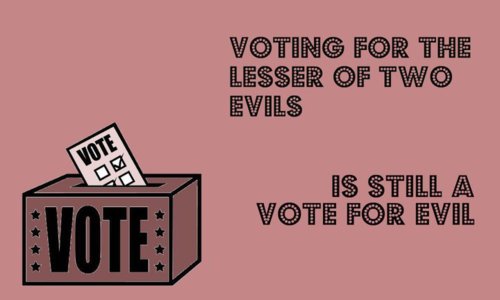 Israel never was democratic and isn't now. One-fifth of its citizens are enfranchised in name only. They have no say. Nor do most Jews. More on Israel's election below.

On January 22, Israelis voted. Over 5.6 million were eligible. About 1,000 polling stations accommodated them. In most places, they stayed open until 10PM. Rural areas, small towns, and hospitals closed theirs at 8PM.

Voting required presenting a valid ID, passport or driver's license. Anyone not sure where to go can check. Israel's Central Elections Committee posted relevant information online. A hotline was set up for the same purpose.

Voters further than 20km from assigned polling stations got free rides or public transportation there and back. Tickets were supplied. Getting them required presenting valid IDs or other form of identification.

Within hours after polls close, an estimated 85% of votes were counted. Before end of day January 23, they'll all be. They'll be published as soon as available.

Likud/Yisrael Beiteinu has minority support. It's enough to stay dominant. Coalition partners will be chosen. Negotiations can take days, weeks or at times longer.

Democracy is more hypocrisy than real. In October 2007, Haaretz contrasted "occupying Land of Israel to the democratic Israel."

It called for "debate about Israel's control over the lives of Palestinians deprived of civil rights....Israeli democracy suffers from an essential flaw." It's more hypocrisy than real.

An editorial said "Israelis are being called upon to vote at a time when the country's democracy faces real and present dangers."

Right-wing hardliners are diabolical. Their agenda is clear. They intend "to undermine the state's social and governmental institutions."

Democratic freedoms are threatened. Extremists target "equal rights for all citizens, human rights, the judicial system, freedom of the press, and the right of citizens' groups to operate unhindered."

Voting right-wing "indicates a preference for territories over peace." Doing so undermines "democratic values." Extremists govern Israel. Its future hangs in the balance.

Yehonatan Geffen headlined "This election, there's only one option for Israelis."

Social justice and democratic freedoms depend on ending occupation harshness.

Coalition partners "spread confusion and (disingenuous) populist declarations about social justice and sharing the burden. (They're) like doctors who" lie to their patients.

"Cancer here has been spreading here for" decades. It's "metastasiz(ing)." It's "terminal." Few "will mourn (Israel's) demise."

It's become the "State of Netanyahu," said Yossi Verter. "He controls the broadcast media to a great extent."

He does it directly through the Israel Broadcasting Authority. He has indirect control through commercial television and dominant right-wing publications.

They spread his lies. They propagate his message. They ignore "dark corners" he wants concealed.

Israel's election lacked substance. Party politics, personality profiles, likely coalition partners, he said, she said, and who's ahead, who's behind reflected daily discourse.

Likud/Yisrael Beiteinu presented no party platform. Netanyahu got away with it. Major issues went unaddressed.

Trust him on faith, he urged. Israel's dominant media didn't hold his feet to the fire.

Sefi Rachlevsky headlined "A wasted vote is a vote for Bibi," saying:

"There's no excitement about" supporting him. He's "viewed as the oppressor of the people." He reflects "fascism" writ large. Imagine affording him four more years.

He won votes anyway he could. His politics are down and dirty. They reflect his dark side. Rhetorically he supports peace. In reality, he deplores it. He calls it a waste of time.

In two terms, he did nothing to pursue it. As long as he's prime minister, achieving it is impossible. He prioritizes conflict and instability. He invents enemies to hype fear.

He menaces the entire region. He threatens to embroil it in war. He doesn't negotiate. He demands. He wants Israel made ethnically pure.

He wants Arabs marginalized, denied and brutalized. He imposes harsh conditions. He hopes they're tough enough to get them to vote with their feet and leave. Dispossessions give others no choice.

Israeli voters have few. Facts and truth don't matter. Strategy calls for "fool(ing) the public - just for today, at the polling booth."

Likely new coalition partners worry him. He may never again be able to call Israel a democracy. Others are likeminded. Israeli scholars agree.

He quoted an unnamed friend saying:

"Many Israelis don't seem to understand that by voting for Netanyahu they are signing democracy's death certificate."

The "whole world is watching," he said. He cares and prioritizes Israeli/Arab coexistence. He needs majority caring to achieve it. It's nowhere in sight.

They went public saying so. It didn't make enough of a difference to matter. Nor do occupation harshness, social injustice, or Israel's "abominable international standing."

"(N)one of this seemed to faze" people. "The candidates were groggy. Their listeners were sleepy. The parlor meetings, assemblies and rallies were all somnolent, with candidates and voters snoring in unison."

Everything in the campaign was a "big yawn." Public anger was absent. Candidates' feet weren't held to the fire. Voters asked "polite questions."

"(T)rivial matters" substituted for real ones. Candidates ducked them.

"Where is the hatred when you need it? Where is the fervor and the fire - or at least a little smoke?" It was out of sight and mind.

Hotels stand on former party headquarters ground. Except in Arab communities, posters were absent. Once they hung from balconies and trees everywhere.

"Where are the flyers that used to be dropped from the sky and covered the ground of our youth? Where are the cars with their blaring loudspeakers?"

Tourists arriving had no idea about election season. They had to ask or be told to know.

"How lacking was this election campaign in great ideas; how shallow and empty of ideals."

Netanyahu was the only issue - "what he wears and how he looks." What about what he stands for? What about great harm he caused Arabs, Jews, and regional neighbors?

What about prioritizing peace, rule of law principles, and real democracy. What about social justice, supporting Palestinian rights, and a nation fit to live in? What about doing what's right, not wrong?

"Thank God it's over," Levy and Levac said. "(S)noozefest" substituted for substance."

Maybe next time something will change. Maybe Israelis will decide it matters.

Israel is the Middle East's only "free" state, the U.S.-based Freedom House wrote in its annual report last week, a ranking in stark contrast to claims by the country's critics who argue that the Jewish state's democratic values are steadily eroding. The report, which ranks the world's countries by political rights and civil liberties, characterized Jordan and Syria as "not free," and Egypt and Lebanon as "partly free." Both the West Bank and Gaza are classified as "not free."
Algeria, Bahrain, Iraq, Iran, Oman, Qatar, Saudi Arabia, Sudan, the United Arab Emirates and Yemen were also rated "not free," while Tunisia, Kuwait, Libya, Morocco, and Turkey were defined as "partly free."  (Jerusalem Post)