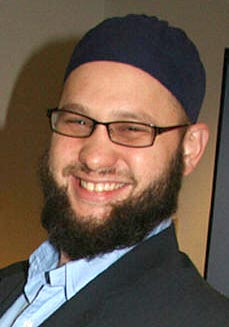 American disparagement of Muslims is longstanding. In his book "Reel Bad Arabs: How Hollywood Vilifies a People," Jack Shaheen said they've been denigrated throughout decades of cinematic history.

From silent films to recent ones, they advance prejudicial attitudes. They reinforce malicious stereotypes. They foster notions of Western values, high-mindedness, and moral superiority.

Post-9/11, the gloves came off. Fear-mongering replaced reason. It's used for political advantage. Muslims are maliciously targeted. They're characterized as gun-toting terrorists.

Rule of law principles don't matter. Innocent victims are persecuted for their faith, ethnicity, prominence, activism, and charity. Guilt by accusation is policy.

Some of America's best and brightest are targeted, hunted down, rounded up, falsely charged, detained, isolated, denied bail, tortured, restricted in their right to counsel, tried on secret evidence, convicted on bogus charges, and given long sentences for being Muslims in America at the wrong time.

They languish in America's gulag. It's the world's largest by far. It operates globally. It's a prison industrial complex. It spurns equity and justice.

It's the shame of the nation. Mass incarceration is policy. It has nothing to do with national security or controlling crime.

Muslims and others targeted are victimized by judicial unfairness, get tough on crime policies, guilt by accusation, three strikes and you're out, racist drug laws, poverty, social justice advocacy, challenging repressive state policies, and praying to the wrong God.

Muslims are public enemy number one. They're spied on covertly. They're stereotypically vilified and targeted. They're exploited as war on terror scapegoats.

Younas Abdullah Muhammad is one of the best and brightest. He was arrested on bogus charges. He was pressured to accept plea bargain terms.

They're sought or accepted for lesser sentences. Innocent victims take them. They know the alternative against hardball prosecutorial  malfeasance.

Secret evidence unavailable to counsel is used. Juries are intimidated to convict. Long sentences are imposed. Some involve supermax confinement.

Others are in segregated in Communication Management Units (CMUs). They violate US Prison Bureau regulations. They strictly prohibit discrimination on the basis of race, religion, national origin, sex, disability, or political beliefs.

Treatment is ruthless and demeaning. Harsh punishment is imposed for any reason or none at all.

Prisoners get fewer rights. Their dietary requirements are compromised or denied. So is proper medical care when needed. Emergency treatment takes days to get. It's not delivered properly when gotten.

Virtually every imprisoned Muslim is innocent. They're war on terror victims. They're guilty of praying to the wrong God. It never was the right time to be Muslim in America. More than ever it's the wrong time now.

Muhammad "pled guilty today to using his position as a leader of Revolution Muslim Organization's internet sites to conspire to solicit murder, make threatening communications and use the internet to place others in fear."

He faces "a maximum penalty five years in prison for each of the three charges when he is sentenced on May 18, 2012."

He "operated Revolution Muslim to radicalize those who saw and heard his materials online and to incite them to engage in violence against those they believed to be enemies of Islam."

He "encourage(d) Muslims to engage in violence against those they believed to be enemies of Islam and to support Osama bin Laden, Anwar Al-Awlaki, al-Qaeda, the Taliban, and others espousing violence."

Justice Department prosecutors turn truth on its head. They lie. They target some of America's best and brightest. They wage war on freedom. They spurn other democratic values.

They want prominent voices silenced. They imprison or kill them. On the Progressive Radio News Hour, Professor Rodney Shakespeare praised Muhammad. He called him a powerful voice for truth.

He explained what's wrong with predatory money power. He did it with exceptional clarity. Shakespeare said his analysis was one of the best he heard. He was targeted to silence him.

He founded Islam Policy. It publishes commentaries and analyses of "current events (and) global policy perspectives with regard to the events directly affecting Muslims and Muslim societies."

On June 5, 2011, it headlined "Statement regarding the arrest of Younas Abdullah Muhammad," saying:

He was abroad when targeted. Moroccan authorities arrested him. He awaited extradition to America. Morocco has no extradition treaty with Washington. He was sent anyway. Despotic societies operate that way. So do fake democracies pretending to be real ones.

Muhammad's arrest follows a "long line of Muslims who have been imprisoned for speaking out against the United States. It is part and parcel of the US war on Islam."

America wants "voices of dissent, voices of truth" silenced. "(W)e will not be silenced."

In May 2011, Al Hittin.com explained more. US authorities charged Muhammad in connection with alleged threats made against the creators of "South Park."

It's a Trey Parker/Matt Stone "satirical animated sitcom." It lampoons religion and other topics. It's known "for its absolute disregard for people's sensibilities."

It satirized the Prophet Muhammad. It portrayed him "disguised in a bear suit." Doing so was irresponsible. Islamic tenets were ignored. The Koran teaches love, not hate; peace, not violence; charity, not selfishness; and tolerance, not terrorism.

Islamic tenets are turned on their head. Fear is stoked. Imperial wars, other forms of violence, and persecution follow.

Muhammad and others responded responsibly to South Park's deplorable act. Their comments were twisted. They were misinterpreted as threats. Doing so was willful. At issue was silencing Muhammad.

He challenged Parker and Stone. He asked "Is this what America's 'Freedom of expression' and 'Freedom of speech' is?" Are these US "values" and "principles?"

"There is a place in this world for satire, but there is a time when satire ends and intolerance and bigotry towards religious beliefs of others begins."

"Religious beliefs are sacred to people, and at all times should be respected and honored. As a civil rights activist (for) the past 40 years, I cannot support a show that disrespects those beliefs and practices."

It "contained pages of justification under Islamic law for the death of those who insult Islam or defame its prophet, and for Muslims to bring about such deaths," claimed Menges.

Morton and Chesser "asserted in pertinent part that 'we will never tolerate the mocking or insulting of any one of the prophets,' and explained that the Islamic ruling on this situation was that 'the punishment is death.' "

She lied. She twisted their words, meaning, and intent. Violence wasn't incited. No direct threat was made. Mohammad's comments provided information and analysis.

A disclaimer accompanied his earlier first issue Al Qaeda magazine commentary. He said it "should not be deemed that (he's) displaying any advice or support, material or otherwise, for any institution deemed illegal or terroristic by the US government and its thought police."

She called a legitimate Islamic site "radical." She said by "issuing (their) statement, they certainly knew that violence was likely to be incited by it anyway."

She said what she was ordered to say. Muhammad's prominence made him a marked man. Washington wanted him silenced.

According to Eastern District of Virginia US Attorney Neil MacBride, Muhammad "sought to inspire Muslims to engage in terrorism by providing justification for violence against civilians in the name of Islam."

He "utilized the internet to incite fear and terror by encouraging violence and radicalization, and he will now pay for those crimes with today's sentence."

Media scoundrels regurgitate official lies. They support them. They pronounce guilt by accusation. They do it all the time.

They're involved in silencing the best, brightest, and most honest critics of American lawlessness. They support what demands condemnation.

Muhammad and others like him pay dearly. Doing the right thing is dangerous. Muslims in America today suffer most of all.

They're targeted for praying to the wrong God. Washington wants them silenced or killed. There's no place to hide.