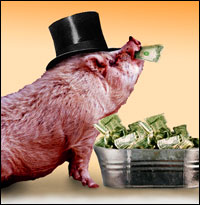 On January 24, Obama nominated Mary Jo White as SEC head. "You don't want to mess with Mary Jo," he said. Others have different views. More about her below.

The Securities and Exchange Act of 1934 followed the Securities Act of 1933. Under the Constitution's interstate commerce clause, it required offers and security sales to be registered. State "blue sky laws" previously governed them.

The 1934 law regulated secondary trading of financial securities. It established the SEC under Section 4 to enforce the new act.

SEC regulators long ago abandoned their mandate. The agency was established to enforce federal securities laws, the security industry, the nation's financial and options exchanges, and other electronic securities markets and instruments.

In the 1930s, they were unknown. They include derivatives and other forms of speculation. In principle, SEC is charged with uncovering wrongdoing, assuring investors aren't swindled, and keeping the nation's financial markets free from fraud and other abuses.

For decades, it's been weak-kneed. Under George Bush, it was more facilitator than enforcer. It's a paper tiger. It abandoned the public trust. It operates the same way under Obama. It

• turns a blind eye to fraud and abuse;

Wall Street gets a free hand. Major banks take full advantage. They do what they please. They operate with impunity. They do it the old-fashioned way. They make money by stealing it. Their business model is fraud and grand theft.

They transformed America into an unprecedented money making racket. They function more like a crime family than business.

They manipulate markets. They front-run them. They pump and dump. Doing so artificially inflates security prices.

They profit in up and down markets. They scam investors. They bribe politicians. Their officials infest Washington.

At most, they get occasional wrist slaps. Fines imposed are pocket change. Prosecutions don't follow. Mega-crooks are free to keep stealing. They take full advantage.

She took full advantage in subordinate SEC positions under Reagan, Bush I and II. She did the same for Obama as agency head.

Media scoundrels call her a tough prosecutor. She "stood up to terrorists and mobsters." Can she "do the same for Wall Street?"

"(W)e remember cases when she wasn't so tough." The 1996 Clinton-Gore campaign-finance scandal was one of many.

She asked Congress to "back off its probe of the AFL-CIO's Rich Trumka." At issue was compromising her own investigation, she said. It was more whitewash than scrutiny of wrongdoing.

"The media's Obama Protection Club may consider us rude for bringing all this up, but then a little scrutiny might make Ms. White more likely to resist Democrat pressure for politicized law enforcement."

White is Wall Street's new enabler-in-chief designee. She's the first former prosecutor to head SEC. As US attorney for the Southern District of New York, she prosecuted alleged terrorists and crime bosses. She got Mafia boss John Gotti convicted of murder and racketeering.

Occasionally she targeted small Wall Street players. She didn't lay a glove on big ones. She's a former Nasdaq director.

She currently heads Debevoise & Plimpton's litigation department. It's a New York-based international law firm. It serves corporate clients. Its Wall Street ones include a rogue's gallery of white collar crooks.

White defended B of A's former head, Ken Lewis. Until stepping down in September 2009, he was Bank of America chairman, president and CEO. He reflects the worst of Wall Street crooks. He's got lots of company.

It hardly matters. Getting tough on crime isn't Mary Jo's mandate. Too big to fail means too big to jail.

Expect no change on White's watch. She profiteers from revolving door politics. Her government positions got her high-paying private sector jobs. She's part of the corrupt system.

White will be better than ever rewarded when she leaves. She knows the game and plays it. She did it before. She'll do it again. Career prospects depend on it.

Matt Taibbi addressed what goes on. He headlined his Rolling Stone article "Why Isn't Wall Street in Jail?"

Corporate bosses aren't prosecuted. "Nobody goes to jail." Nobody except occasional minor players. "(F)ederal regulators and prosecutors (let) banks and finance companies" get off easy.

Whitewash is policy. A "mountain of evidence indicates that when it comes to Wall Street, the justice system not only sucks at punishing financial criminals, (it's become) a highly effective mechanism for protecting" them.

"I think you've got a wrong assumption - that we even have a law enforcement agency when it comes to Wall Street."

Open and shut cases are whitewashed. Others are placed in a "deal with later" file. Later never arrives. The most high-profile cases get "gummed up in the works, and high-ranking executives" get off scot-free.

Partnerships are worth millions. Banks pay top executives multiples more. "All of this paints a disturbing picture." It reflects a "closed corrupt system."

Powerful interests get their way. Obama's no different from Bush and earlier presidents. He allocated "massive amounts of federal resources" going after the wrong people.

"So there you have it. (Undocumented) immigrants: 393,000. Lying moms: one. Bankers: zero. The math makes sense because the politics are obvious."

Winning elections and profiteering out of office depend on "bang(ing) on the jailable class." Innocent people fill prisons. Others committed misdemeanors too minor to matter.

Steal "a billion" and stay free to steal more. It's the American way. White's job is seeing nothing changes. Accounting Today warned us, saying:

In February 2012, she addressed a New York University School of Law forum. Prosecutors must not "fail to distinguish what is actually criminal and what is just mistaken behavior, what is even reckless risk-taking, and not bow to the frenzy," she said.

At Debevoise & Plimpton, she represented some of Wall Street's worst. She'll do likewise at SEC. She's part of the system. She's safe. She won't disappoint.