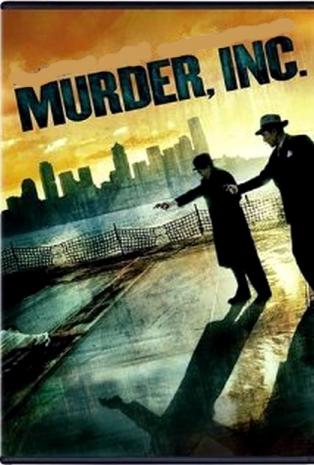 A previous article said Obama decided who lives or dies. His kill list chooses targets. He designated himself judge, jury and executioner.

He heads the administration's Murder, Inc. agenda. As CIA head, he'll do more than advise. He'll have direct control. Expect him to take full advantage.

Anyone can be targeted anywhere in the world. US citizens are vulnerable. They can be murdered for any reason or none at all.

Drone wars are prioritized. They're becoming Washington's weapon of choice. They're instruments of state terror. They operate round-the-clock.

They sanitize killing on the cheap. Teams of remote control warriors operate computer keyboards and multiple monitors. They target faceless enemies half a world away or nearby.

The Washington Post explained further. On January 19, it headlined "CIA drone strikes will get pass in counterterrorism 'playbook,' officials say."

Rules of engagement don't apply to killing Al Qaeda and Taliban suspects. A year or more will pass before directives are mandated.

Obama's counterterrorism playbook is being readied for term two. Policies will create lethal operations guidelines. A "milestone" will be reached.

Pre-9/11, institutionalized killing "would have seemed anathema to many." It's now standard operating procedure. It's normalized. CIA and Pentagon Special Forces Command officials prioritize it.

Murder, Inc. on a global scale is official policy. Expect Obama to take full advantage. High-mindedness was never on his agenda. It's entirely spurned now.

They want freedom to kill anyone engaged in activities resembling terrorism. They want their word alone to be enough.

They want evidence about only 2% of victims shown to be high-value combatants buried and forgotten. They want official statements about drone killings making America safer highlighted.

They want freedom to commit mass murder, no questions asked.

"Among the subjects covered in the playbook are the process for adding names to kill lists, the legal principles that govern when US citizens can be targeted overseas, and the sequence of approvals required when the CIA or US military conducts drone strikes outside war zones."

CIA chief designate John Brennan led discussions. He knew well in advance about his new job before Obama announced it. He wants freedom to do things his way. Once it's official, he's got it. Expect it within weeks.

A former US official involved in playbook discussions spoke on condition of anonymity, saying:

CIA's exemption is expected for "less than two years but more than one." Any decision "will undoubtedly be predicated on facts on the ground."

Brennan calls it his "playbook." He's developing targeted killing procedures. His "disposition matrix" explains them. It prioritizes drones, death squads, or other means.

Only eliminating America's enemies matter. Whether real or imagined makes no difference.

Targeted victims are people who want to live free from America's imperium. Washington calls them terrorists. Names go on kill lists. Eliminating them at all costs is policy.

Critics have other views. Brennan's playbook "sustain(s) a seemingly permanent war," said the Post. Legal principles aren't disclosed. None permit presidents or other officials to usurp life and death authority domestically or globally.

Playbook authority "a step in exactly the wrong direction, a further bureaucratization of the CIA's paramilitary killing program."

Some administration officials have second thoughts. Former Pentagon general counsel, Jeh Johnson, warned about "not accept(ing) the current conflict, and all that it entails, as the 'new normal.' "

Signature strikes are especially contentious. They refer to targeting "patterns of suspicious behavior - even when the agency does not have clear intelligence about the identities of the targets."

He was heavily involved in extraordinary renditions, torture, and other high crimes. Under Obama, he continued where he left off serving Bush.

He calls himself neither Republican or Democrat. Counterterrorism killing is nonsectarian, he believes. He wants CIA given "the tools it needs to keep our nation safe, and that its works always reflects the liberties, the freedoms and values that we hold so dear."

In his book "Nemesis: The Last Days of the Republic," Chalmers Johnson said the CIA menaces democratic freedoms.

It operates extrajudicially. It reflects unchecked power. It subverts checks and balances.

It's "the personal, secret, unaccountable army of the president."
It's a global hit squad. It prioritizes dirty tricks.

It menaces democratic rule. Each is incompatible with the other. Its existence shortened the Republic's life. Operating extrajudicially dooms it.

Brennan represents CIA's worst practices. Under Obama, he exceeded his earlier agenda. He belongs in prison, not high office.