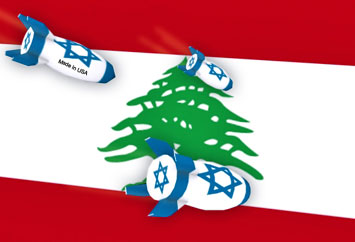 According to four unnamed Western diplomats and regional security sources, "Israeli forces attacked a convoy on the Syrian-Lebanese border overnight."

According to one source:

"There was definitely a hit in the border area." Without elaborating, he said "something happened."

Another said "The Israeli air force blew up a convoy which had just crossed the border from Syria into Lebanon."

An IDF spokeswoman said "We do not comment on reports of this kind."

France's Le Figaro said Israeli aircraft attacked an alleged weapons convoy traveling from Syria to Lebanon. It's not clear if it occurred in Syrian or Lebanese territory.

On Sunday, Israeli Vice Premier Silvan Shalom said "The entire world has said more than once that it takes developments in Syria very seriously."

Negative developments would have to be addressed, he added.

Israel Air Force commander, Major General Amir Eshel, said Syria is "falling apart. Nobody has any idea right now what is going to happen in Syria on the day after, and how the country is going to look."

Israeli aircraft struck "missile and arms convoys standing ready in southern Syria for transfer to Hizbollah in Lebanon, according to Western sources."

Conflict rages in Syria. Questions remain unanswered. At issue is what's going on? What's Israel up to?

UN observers monitoring Syria's border with Israel were withdrawn. At issue is why. Netanyahu's stoking fear. He does it repeatedly on Iran. Whether he's got something else in mind now bears close watching.

The thing I find interesting about this is the claim that Israel attacked a arms shipment of antiaircraft systems destined for Lebanon.  This would be an act of war on Syria.  It would also imply Israel does not wish Lebanon to be capable of defending itself against attack by air presumably from Israel's jets.   Presumably these antiaircraft systems would be under the control of Hezbolla.

What I find interesting is how the Syrian government--we are told--is only days away from our glorious rebels overthrowing the government has and wants to spend time and resources to organize and ship antiaircraft defenses to another country when it should desperately be trying to save its own ass.  Hummm.