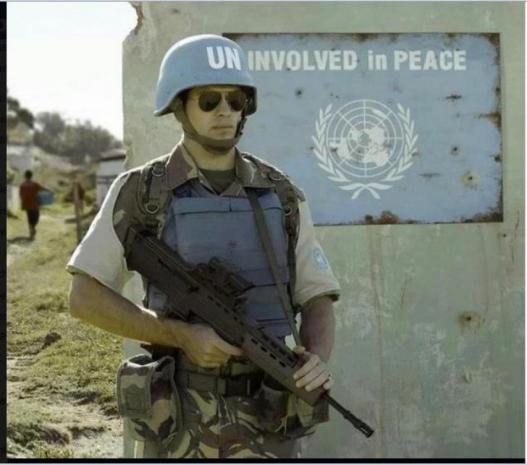 A German hacker supplied the leaked emails. Qatar's involved. At issue is crossing Obama's "red line." Doing so is cause for US/NATO intervention.

False flags are a US tradition. Israel prioritizes them. They're Big Lies, but who knows. Official reports and media scoundrels claim otherwise.

US officials, other Western ones, and Ban Ki-moon failed to condemn Israeli aggression. More on Ban below.

On February 1, the Syrian Arab News Agency (SANA) said Syria's Foreign and Expatriates Ministry sent two identical letters. One went to the Security Council's president. Ban got the other.

They left no ambiguity. They accused Israel of violating Syrian airspace. It happened multiple times illegally. On January 30, a Damascus area scientific research center was destroyed.

Syria's Ministry requested Security Council "clear condemnation of the flagrant Israeli attack on the territories of a sovereign state and the Israeli violation of the UN Charter, the international law, the Disengagement of Forces Agreement in 1974 and the relevant UNSC resolutions."

Abdicating its responsibility "will be considered (its failure to maintain) international peace and security…."

"Syria holds Israel and its protectors….fully responsible for this aggression, stressing Syria's right to defend itself, territories and sovereignty."

Damascus stressed Syria's right to self-defense. It's prepared to act accordingly. It'll do so its own way. It warned of a possible "surprise" response.

Iran's Deputy Foreign Minister, Hossein Amir Abdollahian, warned about severe fallout. Without elaborating, he said the "Zionist regime's attack on the outskirts of Damascus will have grave consequences."

Hezbollah said Israel's attacks "fully unmasked what has been happening in Syria over the past two years and the criminal objectives of destroying this country and weakening its army."

An AL General Secretariat statement called Israeli aggression "a blatant violation of the territories and sovereignty of an Arab country and a transgression against the UN Charter…."

"The Secretary-General notes with grave concern reports of Israeli air strikes in Syria."

"The Secretary-General calls on all concerned to prevent tensions or their escalation in the region, and to strictly abide by international law, in particular in respect of….sovereignty of all countries in the region."

Ban's record is deplorable. It reflects failure and betrayal. He's a reliable imperial tool. He mocks rule of law principles. He disdains his own Charter. Its preamble states:

"WE THE PEOPLES OF THE UNITED NATIONS DETERMINED

• to save succeeding generations from the scourge of war, which twice in our lifetime has brought untold sorrow to mankind, and

• to reaffirm faith in fundamental human rights, in the dignity and worth of the human person, in the equal rights of men and women and of nations large and small, and

• to establish conditions under which justice and respect for the obligations arising from treaties and other sources of international law can be maintained, and

• to promote social progress and better standards of life in larger freedom...."

Throughout its history, the world body failed on all counts. Post-WW II, global wars raged annually. The UN failed to stop them. It didn't even try. It ignores Western aggression. Doing so effectively endorses it.

Kofi Annan's tenure (January 1, 1997 - December 31, 2006) was deplorable. He aided and abetted Western imperialism. He did nothing about Iraqi sanctions.

They killed around 1.5 men, women, and young children. Former UN humanitarian coordinator Denis Halliday resigned in protest. He refused to be part of genocide.

In 2001, Nobel Committee officials awarded him their Peace Prize. He got it for services rendered. Maybe if he helped kill a million more he'd have gotten a second one.

He didn't use his mandate to prevent Washington's naked Afghan aggression. His failure to act supported its lawless 2003 Iraq war.

So is Ban. On January 1, 2007, he succeeded Annan. He's conspiratorially involved in Western crimes. His overall silence, inaction, and support for wrong over right speak volumes.

He reflects the worst of rogue leadership. He facilitates imperial lawlessness. He never once condemned aggressive wars. He's comfortable with Washington's support for friendly despots.

He's silent when America ousts democratic ones. He said nothing about its militarizing Haiti. He was quiet about its rigged election. He pretended it was legitimate.

He supported Washington's war on Libya. He backs its naked aggression against Syria. He ignores lies about an Iranian existential threat. He's largely silent on Mali.

He mocks rule of law principles. Instead of condemning, stopping, or preventing wars and other lawless acts, he supports and cheerleads them.

Doing so betrays his mandate to support peace and human rights. It disdains equity and justice. Ban's done it throughout his tenure.

He may be frontrunner next year. Nobel Committee members deplore peace. They legitimize war. Perhaps they believe it's peace. It shouldn't surprise.

They prioritize honoring war criminals. They shill for power and privilege. They partner with imperial lawlessness. So does Ban.