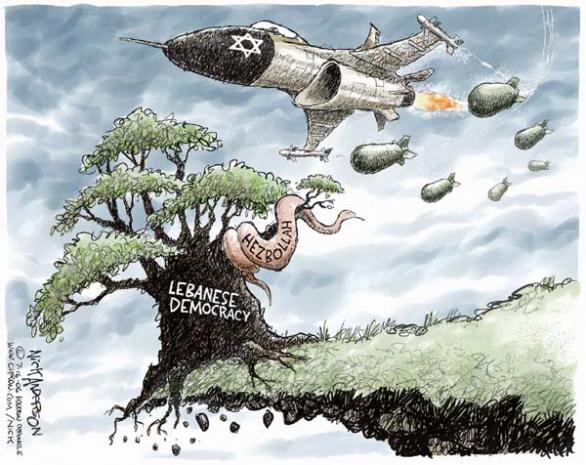 It's done well in advance. It's for strategic advantage. Operations are part of a greater regional agenda.

On February 1, TIME magazine headlined "The Fallout from the Air Raid on Syria: Why Israel is Concerned," saying:

"Israeli warplanes struck several targets inside Syria overnight Tuesday, including a biological weapons research center that was reportedly flattened out of concern that it might fall into the hands of Islamist extremists fighting to topple the government of Syrian president Bashar Assad, Western intelligence officials tell TIME."

Previous articles discussed what happened. They asked why would Assad send vitally needed weapons and munitions to Lebanon? He needs all he can get.

If reports were accurate, evidence would have corroborated them. None was forthcoming.

What's Israel up to? Is something else going on? Is it trying to provoke Syria to retaliate? Does it want to entrap it in all-out war? Doing so would mean Syria's demise. Attacking Iran might follow. So could regional and global war potentially.

(3) Israel "took its first (overt) step into the Syrian conflict." It's been covertly involved for two years or longer. DF didn't say.

It stopped of calling Syria Washington's war. So far it's with death squad proxies. Israel's attack may precede something greater. The fullness of time will tell.

Israel "has a right and an obligation to prevent the anarchy in Syria from spilling over to Lebanon and endangering Israelis."

Israel's involved in Syria's conflict. It's been so since early 2011 uprisings. Potential spillover is its own doing. It's got itself to blame.

JP suggests otherwise. "The time has passed," it says, "for limited military measures designed to stabilize the situation such as the establishment of no-fly zones, safe areas, bombing campaigns and arming the opposition."

JP barely stopped short of urging all-out war. Whatever Israel does is justified, it believes. National security is the usual pretext. It's a canard. Israel's only regional threats are ones it invents.

Washington said little. Ban Ki-moon disgracefully urged both sides to show restraint. Doing so shows which one he supports.

"I'm not going to give any condemnation of Israel or rush into any criticism. There may be many things about it that we don't know, or the Arab League or Russia don't know."

Israel got away with murder. It's done so many times before. Surgical strikes may be prelude for greater conflict. The fullness of time will tell.

According to TIME, unnamed Western intelligence sources said "at least one to two additional targets were hit the same night, without offering details. Officials also said that Israel had a 'green light' from Washington to launch yet more such strikes."

No evidence corroborates it. TIME's allegations are baseless.

Its source said Washington was "poised to carry out similar airstrikes around Aleppo if rebels threaten to take sites associated with weapons of mass destruction in that region."

"If we succeeded all these years to deter the Syrians and all the other surrounding countries that possess weapons of mass destruction (from using them), it's because we knew how to deliver the message, that the price would be very high."

In other words, invent threats. Conceal a greater agenda. Attack preemptively. Ignore international law. Sofrin suggested that Washington and Israel allied against Syria throughout the conflict.

Doing so has been more visible recently. When Israeli warplanes struck, IDF military intelligence chief, Maj. Gen. Aviv Kochavi was in Washington. He was visiting his Pentagon counterparts.

Perhaps something greater is planned. Ousting Assad is longterm policy.

"Does this mean we are on the verge of another Middle East war?" Does Washington want it avoided or was Israel given "the green light" to proceed?

At the same time, Dobbins expressed concern about a region "literally in flames." Things are much worse now than then. If greater war on Syria follows, everyone stands to lose.

Policy planners leave that issue unaddressed. So did TIME. Rhetoric instead points fingers the wrong way. The New York Times consistently turns truth on its head.

"Israel girds for attacks," it hypes. Syria is "falling apart." Chemical weapons threats are claimed. Israel has a right to act. It's technically at war with Syria.

Israeli tanks fired on Syrian artillery units. Allegedly it was in response to incoming mortar fire. Syria's got all it can handle. The last thing it wants is war with Israel.