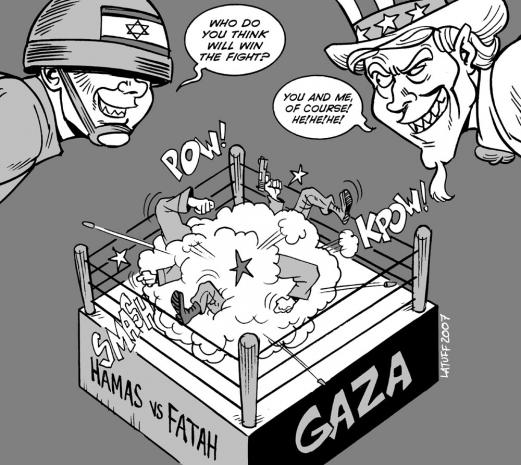 On February 1, Hillary Clinton ended her tenure as Secretary of State. John Kerry was sworn in to replace her.

Two recent articles discussed him. One called him a reliable imperial warrior. The other said he's Israel's man at State.

He was chosen to further America's imperium. He'll do what he's told. He supports global wars. He endorses unchallenged US dominance. Hardline administration policies will continue seamlessly on his watch.

Throughout his Senate tenure, his pro-Israeli voting record was impeccable. His support is unwavering. He endorses strengthening Israel's security. He values America's special relationship.

Doing so is illegal. In 1947, the UN declared it an international city. It remains so today.

Dispossessed Palestinians don't bother him. Nor does stealing their resources. He deplores Palestinian liberation. He supports wrong over right. He's against humanitarian missions to besieged Gaza.

After Israel's May 2010 Mavi Marmara massacre, he said Israel "has every right in the world to make certain weapons are not being smuggled in."

Activists on board had none. They brought food, toys, stationary, kitchen utensils, mattresses, towels, construction materials, and other vital items Gazans need.

Other blocked and successful missions did the same thing. Kerry knows but won't say. Nor do other US and Israeli officials.

He wants peace process talks resumed. He lied. He claims Israel is "committed to peace." It never was and isn't now. More on that below.

He said now is "a moment when we can renew some kind of effort to get the parties into a discussion to have a different track than we have been on over the last couple of years. I would like to try to do that."

Peres told him Israeli election results advance the peace process. They "created a new situation and opportunities that were not there before," he claimed.

Peace is a non-starter. Advancing it never existed and doesn't now. Israel won't tolerate it. Netanyahu scorns it. He calls it a waste of time. Institutionalized racism is official policy.

Decades of peace process talks reflected tragedy and travesty. They were stillborn from inception. Israel deplores peace. Subverting it is prioritized.

Peace takes commitment by both sides. Palestinians never had a willing partner. They don't now. Israel doesn't negotiate. It demands. It considers Arabs subhuman. It treats them like Nazis treated Jews.

Every day is Kristallnacht in Palestine. Israeli security forces attack, kill, or injure Palestinian civilians with impunity. They destroy their property. They bomb, shell, bulldoze and uproot it.

Policy is firm. It's gone on for decades. Conditions now are worse than ever. Police state viciousness is official policy. Collective punishment is enforced.

Fundamental civil and human rights are denied. Crimes of war and against humanity repeat without redress. Wanting to live free in sovereign Palestine is called terrorism.

Punitive taxes are imposed. Few services are provided. Vital ones are lacking or inadequate. Palestinian lawmakers are imprisoned for belonging to the wrong party.

Fishermen are attacked at sea. So are farmers working their land. Gaza suffocates under siege. Liberation is a non-starter. Rogue states operate that way. Israel is one of the worst.

They're free to settle anywhere in Eretz Israel. Occupation is permanent. Arabs aren't wanted. Ethnic cleansing is official policy. Peace is a non-starter. Israel deplores it.

In his book titled "The Peace Process," William Quant traces US-led negotiations from the mid-1970s. The term signified a "gradual, step-by-step approach to resolving one of the world's most difficult conflicts."

At best, it was a "process." At worst, it was little more than rhetoric to buy time. It's been that way for nearly four decades. Expect nothing to change now.

Israel manipulated Oslo advantageously. It used it to triple its settler population. In 20 years, it grew from 200,000 to 600,000. Numbers increase daily. Dispossessed Palestinians have no say.

Their land is stolen. They're dispossessed with no rights. Resist and be arrested. Gulag harshness follows. Slow-motion genocide is policy. Peace and conflict resolution are four-letter words.

Washington and Israel are imperial partners. US administrations support Israel's worst crimes. Obama is a reliable ally. So is Kerry.

• annexing all valued parts of Judea and Sumaria;

• cracking down harshly on resisters.

From 1967 to today, Israel rejected the PLO as a legitimate peace partner. Negotiations were rigged to fail. Israel took full advantage. It still does.

Peace process deception is policy. It's always been a charade. It is now. Oslo was a spectacular failure. Israel planned it that way.

Abbas was chief Palestinian negotiator. He's a longtime Israeli collaborator. He sold out for benefits he derives. He amassed enormous wealth. He stole it and secreted it offshore.

He described "the fashion-show vulgarities of the White House ceremony, the degrading spectacle of Yasser Arafat thanking everyone for the suspension of most of his people's rights, and the fatuous solemnity of Bill Clinton's performance, like a 20th century Roman emperor shepherding two vassal kings through rituals of reconciliation and obeisance, (and) the truly astonishing proportions of the Palestinian capitulation."

It was unilateral surrender, a Palestinian Versailles. Vaguely defined negotiating steps were affirmed. No outcome was specified. Israel obstructed and delayed. It made no concessions. It continued colonization unimpeded.

Subsequent negotiating rounds followed. Results were one-sided. Some talks were inconclusive. Others broke down. Palestinians are blamed for Israeli obstructionism. Peace remains stillborn.

It's more tragedy and travesty than real. Negotiating without a good faith partner is futile. Palestinians never had one. They don't now.

Colonization is official Israeli policy. Militarized occupation enforces it. Palestinians have no say. Praying to the wrong God is called terrorism.

An entire population is suffocating. Israel inflicts every imaginable indignity and degradation. Palestinians are persecuted for their faith, ethnicity and presence.

Peace is pure fantasy. Justice demands Intifada activism. Palestinians won't get it any other way. Expect Kerry to change nothing. He's Israel's man at State.