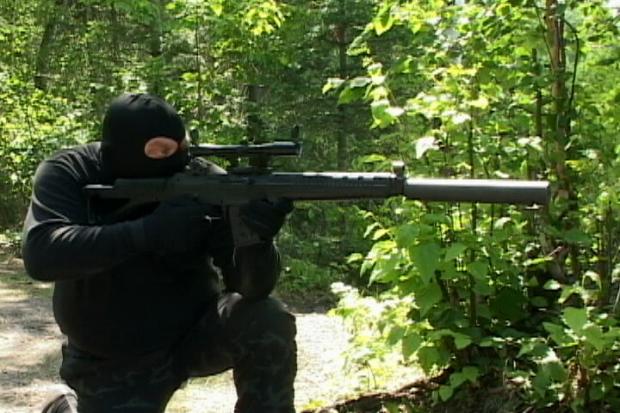 Since taking office, Obama headed America toward full-blown tyranny. He enforces Bush administration police state laws. He added more of his own. He governs like a tinpot despot.

He spurns civil protections, judicial fairness, and other fundamental rights. Abuse of power is institutionalized.

By executive order, he authorized anyone indefinitely detained with or without charge on his say. He promised to close Guantanamo but keeps it open. He operates a secret global torture prison network.

In January, Law Professor Jonathan Turley called America "no longer the land of the free," saying:

"If a president can take away your freedom or your life on his own authority, all rights become little more than a discretionary grant subject to executive will."

He governs extrajudicially. He claims the right to order anyone incarcerated indefinitely or killed on his say. US citizens are included. No reasonable proof is needed. No one anywhere is safe.

He ordered outspoken Muslim cleric Anwar al-Awlaki killed. He was a US citizen. He threatened no one. He lived in Yemen. He opposed US imperial lawlessness. He committed no crime. He's dead for supporting right over wrong.

Others like him are vulnerable. No one's safe anywhere. There's no place to hide. Rule of law protections don't apply. Murder, Inc. was elevate to a higher level. It's official policy. Summary judgment targets state enemies.

Obama decides who lives or dies. He appointed himself judge, jury and executioner. He's got final kill list authority. Police states operate that way. America by far is the worst. It menaces humanity

Democracy is a figure of speech. American never was beautiful and isn't now. Diktat power is policy.

Administration lawyers turned jurisprudence on its head. They call it lawful to kill US citizens if "an informed high-level (government) official" says they belong to Al Qaeda and pose "an imminent threat of violent attack against the United States."

A Justice Department "white paper" inverted inviolable legal principles. It's titled "Lawfulness of a Lethal Operation Directed Against a US Citizen who is a Senior Operational Leader of Al Qa'ida or An Associated Force."

It's unsigned and undated. It's "the most detailed analysis yet to come into public view." It calls lawless killing without trial or evidence legal.

Thresholds of evidence and just cause aren't discussed. Vague language substitutes. "Imminent" threats are highlighted. So is ill-defined "terrorism."

Extrajudicial executive authority is usurped. Courts have no say. Nor does Congress.

Twisted logic claims judicially enforcing "orders would require the court to supervise inherently predictive judgments by the president and his national security advisers as to when and how to use force against a member of an enemy force against which Congress has authorized the use of force."

"Given the nature of how terrorists act and where they tend to hide, it may not always be feasible to capture a United States citizen terrorist who presents an imminent threat of violent attack," he said.

"In that case, our government has the clear authority to defend the United States with lethal force."

"Some have argued that the president is required to get permission from a federal court before taking action against a United States citizen who is a senior operational leader of Al Qaeda or associated forces."

In other words, the UN Charter, Geneva Conventions, other inviolable international laws, constitutional rights, and US statute laws don't apply.

With no evidence or justification whatever, Holder said "a small number of US citizens" plot attacks on America. Citizenship grants no immunity, he claims. They're fair game. They can be targeted and killed extrajudicially.

Pentagon general counsel, Jeh Johnson, made the same case. He claims "(b)elligerents who also happen to be US citizens do not enjoy immunity where non-citizen belligerents are valid military objectives."

"The legal point is important because, in fact, over the last 10 years Al Qaeda has not only become more decentralized, it has also, for the most part, migrated away from Afghanistan to other places where it can find safe haven."

"Within the executive branch the views and opinions of the lawyers on the president's national security team are debated and heavily scrutinized, and a legal review of the application of lethal force is the weightiest judgment a lawyer can make."

"And, when these judgments start to become easy, it is time for me to return to private law practice."

"It's hard to believe that it was produced in a democracy built on a system of checks and balances."

"It summarizes in cold legal terms a stunning overreach of executive authority - the claimed power to declare Americans a threat and kill them far from a recognized battlefield and without any judicial involvement."

ACLU Deputy Legal Director Jameel Jaffer called the document "chilling." It manipulates legal standards. It turns them on their head. Doing so justifies the unjustifiable.

ACLU said extrajudicial killings occur "with virtually no oversight outside the executive branch, and essential details about the program remain secret, including what criteria are used to put people on CIA and military kill lists or how much evidence is required."

America kills illegally. Rule of law principles are spurned. Transparency and openness are gone. Accountability no longer applies. Diktat authority usurped it. Doing so is unconstitutional.

On February 5, the Center for Constitutional Rights responded to Washington's white paper.

"This white paper's claim of executive power is disturbing enough on its own, but it doesn't describe the vast majority of targeted killings being carried out by the U.S. government, which now number in the thousands."

"The government claims the authority to target a US citizen who is a 'senior operational leader of Al Qa'ida or an associated force,' but it doesn't provide an analysis that would explain, for example, the killing of our client's grandson, 16-year-old Abdulrahman Al Aulaqi, nor does it describe the so-called signature strike killings of people whose identities are unknown but who fit some undisclosed profile."

"One of the most dangerous aspects of the white paper is the claim that 'there exists no appropriate judicial forum to evaluate these constitutional considerations' either before or after a killing."

"President Obama released the Bush torture memos to be transparent; he must release his own legal memos and not just a Cliffs Notes version for public consumption, particularly when scores of civilian lives are at stake."

"Despite this attempt to appear transparent, the program remains opaque. This will rightly raise many questions for John Brennan."

He was deeply involved in Bush administration rogue policies. He a key architect of Obama's targeted killing program.

On February 5, a New York Times editorial headlined "To Kill an American," saying:

Obama "utterly rejects the idea that Congress or the courts have any right to review (extrajudicial killings) in advance, or even after the fact."

Twisted logic defines administration policy. It exceeds the worst of George Bush. It includes a menu of lawless practices.

"According to the white paper," said The Times, "Constitution and the Congressional authorization for the use of force after the attacks of Sept. 11, 2001, gave" Obama unchecked powers.

The Times quoted Center for National Security Studies director Kate Martin calling the white paper "a confusing blend of self-defense and law of war concepts and doesn't clearly explain whether there is a different standard for killing a senior Al Qaeda leader depending on whether he is a citizen."

"Its due process is especially weak."

Congress needs to act. At stake are fundamental issues. They include balance of power and rule of law principles. They no longer apply. They need to be reasserted.