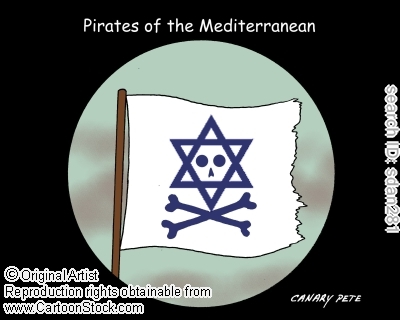 Israel is a rogue state. It's a serial abuser. It commits crimes without punishment. It tolerates no criticism.

Last May, it suspended contact with the UN Office of the High Commissioner for Human Rights (OHCHR).

Censure followed an earlier Ministerial Committee on Legislation approval to restrict foreign governments from funding NGOs. It should have been for crimes against humanity. Israel commits them daily.

It spurns fundamental rule of law principles. It rejects Fourth Geneva's de jure applicability. It's defied dozens of UN resolutions. It ignored the International Court of Justice's 2004 condemnation of its Separation Wall.

It refused cooperation with the Goldstone Commission on Cast Lead. In 2012, it denied UN investigators entry to collect testimonies on its lawless settlements.

Since appointed UN Special Rapporteur on human rights in the Occupied Territories in March 2008, Israel prevented Richard Falk from entering Palestine. Rogue states operate that way. Israel is one of the worst.

Netanyahu exceeds the worst of Ariel Sharon and previous rogue leaders. He's an embarrassment to democratic governance. He menaces Israelis and Palestinians alike. He threatens regional neighbors and humanity.

On February 3, its report discussed Israeli unaccountability. It highlighted crimes without punishment. From 2009 - 2011, indictments followed 2.5% of IDF abuse investigations.

Israel-style probes are whitewashes. Accountability virtually never follows. Palestinians are denied justice. They have no rights whatever.

In the second half of January alone, Israeli security forces murdered six unarmed Palestinians. They did so with impunity.

Breaking the Silence (BTS) explains. Israeli combat veterans speak freely. They served since the start of the second Intifada. They refuse any longer to stay silent.

They expose daily life in Occupied Palestine. Their testimonies bear witness to police state harshness. Daily crimes against humanity are committed with impunity.

"I participated in dozens of operations, and after reading hundreds of eyewitness accounts that we have collected over the years at our organization, Breaking the Silence, the real, flexible rules of engagement have become apparent to me, allowing opening fire on unarmed civilians."

"More seriously, sometimes the fire is designed from the beginning to 'create friction' with the Palestinian population."

"All of them are attempting to undermine our control and at the end of the day, everyone is an enemy."

"And there is nothing he can do to stop being a target in our view."

"This assumption explains why over the past decade, orders have been given to open fire on civilians and rescue crews."

"There is no unit or area in the territories where such incidents have not occurred."

"(T)he army systematically harms all the Palestinians and attempts to create a compliant society that can be easily controlled."

"When any Palestinian, without any connection to what he is doing, is the enemy who must be fought, then even a Palestinian demonstrating for equality and independence is as frightening as an armed Palestinian, if not more so."

"And that's because unarmed resistance to the occupation poses a challenge to the security concept to which we have become accustomed."

"The numerous defects in MPCID investigations of offenses against Palestinians, and in the Military Advocate General Corps' supervision of the investigations, result in the closure of the vast majority of the files and a minimal number of indictments being served."

"This creates a feeling of lawlessness on the ground, which may be a central contributing factor in the rise in the number of killings over recent weeks."

On January 24, Haaretz headlined "The real rules of engagement in the West Bank," saying:

"Every soldier knows the protocol for opening fire, but the more powerful principle is that the enemy must be subdued."

So-called enemies are Palestinians wanting to live free on their own land in their own country. Israel calls them terrorists.

Occupied Palestine is a free-fire zone. No one's sure from day to day who'll live, die, be injured, arrested, or incarcerated in gulag hell.

Israeli soldiers are taught to be trigger-happy. Fire, ready, aim is policy. All Palestinians are suspects.

Soldiers follow up in Hebrew and Arabic saying "Stop and identify yourself. Stop or I'll shoot." If they think Palestinians risk "human life," they're told to shoot to kill.

Protocol is policy. Soldiers do what they wish. It's their word against victims and/or bystanders. Justice never prevails. The above BTS comments explain.

Israel turned Palestine into an isolated prison. An entire population is subdued. It's suffocating. It's impoverished and brutalized. Victims are blamed for Israeli crimes.

Every imaginable indignity and degradation afflicts them. A cycle of violence harms them. They're terrorized for their faith, ethnicity and presence. Their redoubtable spirit is their only defense.

Said deplored PA betrayal. He compared it to asking an "executioner if he wouldn't mind sharpening his axe a little before having another go."

Militarized occupation prevents peace, he said. It's an "atrocity." It's a crime against humanity. It's that and much more.