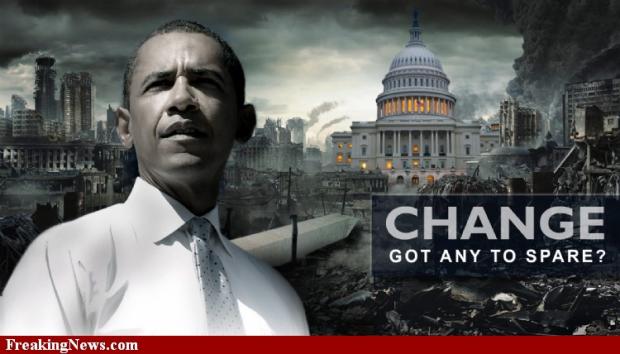 America's Deplorable State of the Union

Obama does what his supporters thought impossible. He governs to the right of George Bush. He's beholden to powerful monied interests. They own him. He's their man in Washington. Whatever they want they get.

Ahead of his address, White House blog contributor Macon Phillips called it "just the beginning." Citizen Response will be introduced.

It lets listeners and viewers explain how they're "connected to (issues) and then share (what's on their mind) with friends."

Q and A will follow. Theater will substitute for substance.

Handpicked hundreds will "join a special #WHSocial in person, and 100 White House followers on Twitter, Facebook, and Google+ representing more than 20 states" nationwide.

They were "invited to watch the speech live from the White House and participate in a panel discussion."

Obama's no FDR. The difference between them is stark. Obamanomics substitutes for New Deal fairness. What Roosevelt created, Obama helps put asunder. He heads a bipartisan criminal cabal.

He prioritizes the greatest wealth transfer in history. He's beholden to powerful monied interests. He's a jobs destroyer, not a creator.

He deplores people needs. He believes whatever government does, business does better so let it. Reform on his watch is a four-letter word. Social justice is verboten.

He pretends he cares. He's a con man. He calls for job creation while destroying them. Over 25 million working age Americans are unemployed. Tens of millions more are underemployed. Poor jobs substitute for decent ones.

Wages don't keep up with inflation. Benefits are disappearing. Increasingly most Americans are on their own. The worst is yet to come.

"Consumer spending based on real income gains is just not happening for the middle class." Expect conditions to "seriously worsen," he warns.

At the same time, corporate profits soared. In 2011, they exceeded pre-recession 2007 levels. They've been rising at the fastest rate in 31 years.

In 2011, profits as a percent of operating costs were their highest in over 80 years. They came at the expense of ordinary households. They sacrificed so corporate America and rich elites could gain.

Rasmus calls income inequality a "double edged sword." Over 80% of US households suffered so its wealthiest and corporate American could profit.

Middle class households are shrinking. Income inequality is longterm. High unemployment and lack of decent jobs exacerbate crisis conditions. What began decades ago is worse than ever now.

Helping those most in need is ignored. Austerity is prioritized when stimulus is needed. Problems fester and worsen.

Since the mid-1970s, real US wages for most workers stagnated or declined. At the same time, productivity rose. Corporations gained hugely. So did rich elites.

Today's inequality is greater than ever. Obama prioritizes keeping it that way. He personifies capitalism's failures. He deplores systemic change.

Expect nothing positive ahead on his watch. The worst is yet to come. Bet on it.