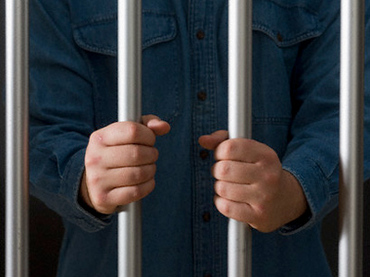 Israel is a rogue terror state. It's a serial abuser. It spurns rule of law principles. It mocks democratic values.

It tolerates no criticism. It targets anyone challenging its authority. It does so against anyone considered threatening. Jews are as vulnerable as Muslims.

Disappearing prisoners is one of many Israeli high crimes. They're longstanding, shocking, and monstrous.

In early 2010, an unidentified man was incarcerated in Israel's "most secure prison cell."

"The guards taking him there had no idea who he was or what he'd done. What they did know was that the cell had been purpose designed and built for one previous occupant - the assassin of former PM Yitzhak Rabin," Yigal Amir.

The individual "is simply a person without a name and without an identity who is placed in complete and absolute isolation from the outside world."

"We don't know if he gets visits, or if anyone even knows he's even in jail. There is confidentiality surrounding the detainee in every respect."

His Australian passport identified him as Ben Allen. What did Australia's government know about him and when?

According to its Foreign Ministry spokesman, Bob Carr, Israeli authorities informed its ambassador about an Australian national in their custody."

"(Israeli) coverage was shut down by one of the most comprehensive suppression orders conceivable."

It begs the question. Did he or didn't he? Israel is security-obsessed. Mossad buries its secrets. Dead men tell no tales. Zygier was a Mossad agent.

Did he kill himself or was he murdered? Perhaps we'll never know. Targeted killing is longstanding Mossad policy.

"In early-to-mid 2010, an inmate in his early thirties arrived here under great secrecy and security."

Guards were given strict orders. Don't ask questions. They called him Prisoner X. Other prisoners knew nothing about him. Disappearing him was a state secret.

Zygier became a nonperson. He had no name or identity. He was completely isolated from the outside world.

In December 2010, Australia's Jewish media said he died in Israel. He'd be buried in Melbourne's Jewish cemetery. Cause of death wasn't explained. Little more was said.

Did he blow his cover? Was he selling state secrets? Did he expose or endanger other agents? Did he commit other treasonous acts? Whatever it was, Israel wanted suppressed. Perhaps new information will explain.

Some reports suggest he was acting on behalf of Australian intelligence. Perhaps he planned supplying its Security Intelligence Organization or media sources information on Mossad activities in Australia. Whether true or not may surface later.

After two years of coverup, the gag order on Zygier was "partially lifted."

Israel's Justice Ministry left him unnamed. For the first time, it said "a man held in maximum security prison died while in Israel's custody, and that the death was ruled a suicide."

"For security reasons, the prisoner was held under a pseudonym."

"The prisoner in question was found dead in his cell two years ago."

In accordance with Israel's Inquest of Death Law, an inquiry into his death was ordered. A writ followed. It ordered information about him "held behind closed doors. The order still stands."

"National security prevents the release of any other details in this case."

"These aspects of national security have been reviewed by the Central District Court, which decided to impose a comprehensive gag order on the case."

"The order was given at the request of the defense establishment, and was approved by the Justice Ministry."

All possible measures were taken to keep information about him suppressed. Official records were sealed.

Hearings were held behind closed doors. Minutes on proceedings "were immediately deposited in the court's vault."

Everything about his case remains classified. Nothing was revealed publicly. It's not known if the court ruled on his case or closed it on a technicality.

Zygier's defense attorneys and family members had to sign confidentiality and nondisclosure agreements. Doing so prevents them from confirming or denying anything.

Israel's top civil and human rights lawyer, Avigdor Feldman, last saw him alive. "They asked me to see him, and a day after that he was gone," he said.

"When I saw him, I saw no signs that he was going to kill himself. He sounded rational, and he asked pertinent legal questions that I can't expand on."

In 2011, the Association for Civil Rights in Israel (ACRI) petitioned to have Israel's gag order lifted. Israel's Central District denied it. A Supreme Court appeal followed.

Classified information was revealed in court. Justices advised ACRI to strike its appeal. It did so to avoid a detrimental legal ruling.

"As for the question of negligence," he asked, "how can it be that prisoner held in (Israel's) most secure (prison) commited suicide?"

Saying so doesn't pass the smell test. He was closely monitored 24-hours a day. He was never out of sight.

Haaretz provided extensive coverage. News of Zygier's death shocked his parents, it said. On February 13, the Australian Age newspaper said he "was under investigation by Australian intelligence months before" Israel arrested him.

Allegedly it was for "fraudulent use of his Australian passport for espionage purposes."

Israel's gag order imposed censorship. Doing so was a "pathetic attempt to turn back the clock" to pre-Internet days.

Prisoner X reflects a classic case of "Israeli failure." It shows "Israel's most sensitive government agencies are not functioning."

More may revealed after Israel partially lifted its gag order. Australia's ABC said Zygier emigrated to Israel in the late 1990s. He took the Hebrew name Ben Alon. He performed IDF service. He worked for Mossad before he died.

He was recruited in 2000. He served for a decade. He "undert(ook) assignments in enemy states using his Australian passport."

He was "one of three Jewish Australians who were working for a (European-based) front company set up by Mossad." It recruited agents and sold electronics to Iran.

He married an Israeli woman. He had two children. Before he died, he was negotiating a plea bargain. He expressed concern about spending years in prison. He denied charges against him.

"Since the '50s, several Israelis suspected of espionage and other security breaches have been caught and locked up for many years, after being convicted in secret trials, attended by a handful of people who were in on the affair."

"Most of these prisoners were intelligence and security people who had strayed, and exposing their acts would have put their operators in an embarrassing light."

Zygier's the latest. Israeli authorities justify forced disappearances "as a ploy." Haaretz they do so "to mislead the enemy and protect security secrets and the lives of active agents."

Mordechai Vanunu spent 18 years in prison. Israel incarcerated him for exposing its nuclear weapons program. At least 11 were in solitary confinement.

He endured cruel and barbaric treatment. He's still denied all rights. He's trapped and can't leave Israel. He's no traitor or spy. He broke no laws. He did the right thing. He wanted the world to know what was happening.

Protecting national security is one thing. Doing so doesn't justify lawlessness. Everyone's entitled to habeas rights and due process. Totalitarian methods deny them. Israel's dark side reflects them.

Chief legal counsel Dan Yakir said there's "considerable public interest in information about the investigation into the cause of death of the prisoner, and in answers to the following questions:

Was this indeed a suicide? Was there negligence in the supervision of the detainee? Has any official body taken responsibility? What steps have been taken to prevent the recurrence of similar events in the future?"

He raised questions about Israel's gag order. Partial lifting falls short. He expressed concern about "a man held in detention under heavy secrecy, and nothing was published about the reason for his arrest or the circumstances surrounding his death."

Everyone has a right to know. Vital questions need answering. Accountability is fundamental. Transparency isn't Israel's long suit. Nor is respecting the law's letter and spirit. Rogue terror states operate that way.