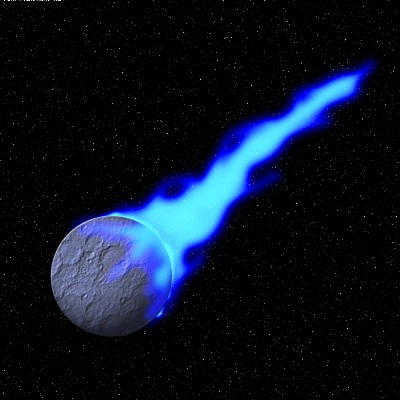 Eyewitness accounts of the meteorite phenomenon, handpicked by RT.

Army units found three meteorite debris impact sites, two of which are in an area near Chebarkul Lake, west of Chelyabinsk. The third site was found some 80 kilometers further to the northwest, near the town of Zlatoust. One of the fragments that struck near Chebarkul left a crater six meters in diameter.

Servicemembers from the tank brigade that found the crater have confirmed that background radiation levels at the site are normal.

Russian space agency Roskosmos has confirmed the object that crashed in the Chelyabinsk region is a meteorite:

“According to preliminary estimates, this space object is of non-technogenic origin and qualifies as a meteorite. It was moving at a low trajectory with a speed of about 30 km/s.”

According to estimates by the Russian Academy of Sciences, the space object weighed about 10 tons before entering Earth’s atmosphere.

As of 15:00 Moscow time, 725 people have sought medical attention in Chelyabinsk alone because of the disaster, 112 of whom have been hospitalized, of them two in heavy condition. Among the injured there are 159 children, Emergency ministry reported.

­A meteorite is a solid piece of debris from space objects such as asteroids or comets, ranging in size from tiny to gigantic.

When a meteorite falls on Earth, passing through the atmosphere causes it to heat up and emit a trail of light, forming a fireball known as a meteor, or shooting or falling star.

A bright flash was seen in the Chelyabinsk, Tyumen and Sverdlovsk regions, Russia’s Republic of Bashkiria and in northern Kazakhstan.

The Russian army has joined the rescue operation. Army units are searching for meteorite debris in several places in Chelyabinsk region and in the neighboring Tyumen region.

Radiation, chemical and biological protection units have been put on high alert. Since the explosion occurred several kilometers above the Earth, a large ground area must be thoroughly checked for radiation and other threats.

At least one piece of the fallen object caused damage on the ground in Chelyabinsk. According to preliminary reports, it crashed into a wall near a zinc factory, disrupting the city's Internet and mobile service.

The Emergency Ministry reported that 20,000 rescue workers are operating in the region. Three aircraft were deployed to survey the area and locate other possible impact locations.

The Ministry reported that 297 buildings were damaged, and another 450 buildings were left without gas because facilities in the city had also been damaged, an Emergency Ministry spokesperson said, according to Russia 24 news channel.

The trail of a falling object is seen above a residential apartment block in the Urals city of Chelyabinsk, on February 15, 2013.(AFP Photo / Oleg Kargopolov)

Witnesses said the explosion was so loud that it seemed like an earthquake and thunder had struck at the same time, and that there were huge trails of smoke across the sky. Others reported seeing burning objects fall to earth.

The Urals regional center of the Emergency Ministry claimed it sent out a mass SMS warning residents about a possible meteorite shower. However, eyewitnesses said they either never received it, or got the message after the explosion had already occurred.

Classes for all Chelyabinsk schools have been canceled, mostly due to broken windows. Institute students have been dismissed until next Monday. Authorities also ordered all kindergartens with broken windows to return children to their families.

According to unconfirmed reports, the meteorite was intercepted by an air defense unit at the Urzhumka settlement near Chelyabinsk. A missile salvo blew the meteorite to pieces at an altitude of 20 kilometers, local newspaper Znak reports quoting a source in the military.

Regnum news agency quoted a military source who claimed that the vapor condensation trail of the meteorite speaks to the fact that the meteorite was intercepted by air defenses.

Police in the Chelyabinsk region are reportedly on high alert, and have begun ‘Operation Fortress’ in order to protect vital infrastructure.

Office buildings in downtown Chelyabinsk are being evacuated. Injuries were reported at one of the city’s secondary schools, supposedly from smashed windows.

An emergency message published on the website of the Chelyabinsk regional authority urged residents to pick up their children from school and remain at home if possible.

Those in Chelyabinsk who had their windows smashed are scrambling to cover the openings with anything available – the temperature in the city is currently -6°C.

“Do not panic, this is an ordinary situation we can manage in a couple of days,” the governor said in and address to city residents.

Local zinc factory was damaged the severest, some of its walls collapsing (Photo from Twitter.com user @TimurKhorev)

The regional Emergency Ministry said the phenomenon was a meteorite shower, but locals have speculated that it was a military fighter jet crash or a missile explosion.

“According to preliminary data, the flashes seen over the Urals were caused by [a] meteorite shower," the Emergency Ministry told Itar-Tass news agency.

The ministry also said that no local power stations or civil aircraft were damaged by the meteorite shower, and that “all flights proceed according to schedule.”

“On Monday I will bring to Medvedev a straight picture of what has happened in the Urals and prospective proposals of how the country can find out about the dangers approaching Earth and deal with them,” Rogozin wrote.

Residents of the town of Emanzhilinsk, some 50 kilometers from Chelyabinsk, said they saw a flying object that suddenly burst into flames, broke apart and fell to earth, and that a black cloud had been seen hanging above the town. Witnesses in Chelyabinsk said the city’s air smells like gunpowder.

Residents across the Urals region were informed about the incident through a cellphone text message from the regional Emergency Ministry.

Many locals reported that the explosion rattled their houses and smashed windows.

“My window smashed, I am all shaking! Everybody says that a plane crashed,” Twitter user Katya Grechannikova reported.

“My windows were not smashed, but I first thought that my house is being dismantled, then I thought it was a UFO, and my eventual thought was an earthquake,” Bukreeva Olga wrote on Twitter.

The Mayak nuclear complex near the town of Ozersk was not affected by the incident, according to reports. Mayak, one of the world’s biggest nuclear facilities that used to house plutonium production reactors and a reprocessing plant, is located 72 kilometers northwest of Chelyabinsk.

It is believed that the incident may be connected to asteroid 2012 DA14, which measures 45 to 95 meters in diameter and will be passing by Earth tonight at around 19:25 GMT at the record close range of 27,000 kilometers.

The incident in Chelyabinsk bears a strong resemblance to the 1908 Tunguska event – an exceptionally powerful explosion in Siberia believed to have been caused by a fragment of a comet or meteor.

According to estimates, the energy of the Tunguska blast may have been as high as 50 megatons of TNT, equal to a nuclear explosion. Some 80 million trees were leveled over a 2,000-square-kilometer area. The Tunguska blast remains one of the most mysterious events in history, prompting a wide array of hypotheses on its cause, including a black hole passing through Earth and the wreck of an alien spacecraft.

It is believed that if the Tunguska event had happened 4 hours later, due to the rotation of the Earth it would have completely destroyed the city of Vyborg and significantly damaged St. Petersburg.

When a similar, though less powerful, unexplained explosion happened in Brazil in 1930, it was named the ‘Brazilian Tunguska.’ The Tunguska event also prompted debate and research into preventing or mitigating asteroid impacts.