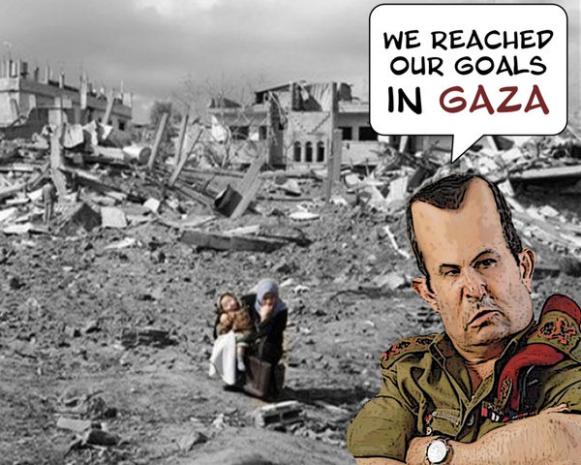 Issawiya is a Jerusalem area Arab village. It's located on Mount Scopus. It's 2.5 km east of the Green Line. It's three km northeast of Jerusalem's Old City.

It's close to Hebrew University. It straddles Jerusalem's border. It's surrounded by Israeli settlements and military outposts.

According to Jerusalem's Planning and Building Committee, a future national park is planned. Activists call it a ruse. At issue is blocking Palestinian development east of the city. It's to establish a new settlement.

The park will confiscate hundreds of dunums of privately owned Palestinian land. One activist said doing so is "driving people crazy."

Nothing justifies park development. At issue is stealing Palestinian land, demolishing their property, dispossessing them, and replacing them with Jews.

Things escalated out-of-control. It happened after Samer Issawi's arrest. He's a Popular Front for the Liberation of Palestine activist. He was wrongly imprisoned for 10 years. Political activism got him incarcerated.

He was released in Israel's October 2011 Gilat Shalit prisoner exchange. Months later he was rearrested. Israeli deals aren't worth the paper they're written on. Terms are violated with impunity. Samer's hunger striking in protest.

Arrests happen virtually daily. Resident Hani Issawi said "(t)there's an intifada here, but it's an intifada of the police and not the residents."

"In the past days, there have been no demonstrations, no marches, nothing - only police provocations."

They're dismissive. They'll continue targeting "suspects" until they're all "arrested and order has been restored," they say.

Numerous demonstrations and sit-ins were held. Security forces confronted them violently. Issawiya was stormed numerous times. Special Forces were used. Dozens of arrests were made.

Israel set up "flying military checkpoints." They're used to collect taxes and debts. Palestinian drivers are forced to pay without legal justification.

It wants area land to connect E1 with Ma'ale Adumim settlement and Jerusalem. At issue is establishing territorial contiguity. It's also to create a greater Jerusalem by Judaizing Palestinian neighborhoods.

Doing so will isolate Issawiya from the rest of the West Bank. Fundamental international law will be violated. Israel's proceeding with its plan.

On February 7, the Association for Civil Rights in Israel (ACRI) responded. It wants illegal Issawiya operations ended. It called on Jerusalem's police chief to do so.

It demands he end "enforcement operation" violence. It's been ongoing for weeks. Issawiya's "under siege." Entrances are blocked. Checkpoints impose barricades.

Since Israeli operations began, residents estimate about 100 arrests, including 40 minors.

"Children eyewitness accounts describe police use of such measures as handcuffing and shackling of children's arms and legs without justification, the use of violence against handcuffed and blindfolded children, and the interrogation of children without their parents being present."

"Over the last month and a half, residents of the Issawiya neighborhood of East Jerusalem have experienced a serious deterioration in their sense of personal security."

"Local residents have contacted us with complaints that the police, who are supposed to serve the public, instead are acting discriminatorily and with a heavy hand against the residents."

Basic freedoms are systematically denied. Residents are "living in a closed military zone." Their ability to live normally is denied.

"We remain in the dark as to the motives behind these sweeping enforcement activities, which have continued unabated in Issawiya for more than six weeks."

"But regardless of the reasons behind them, it is the duty of the police - whether in catching criminals or in dealing with public disturbances - to act in a reasonable and proportionate manner while respecting human rights obligations."

"The police may only take action against an individual when there is reasonable suspicion against him or her, and they must not impose sweeping restrictions on entire neighborhoods in the hope that this will curb criminal activity. That is manifestly unreasonable."

Children are traumatized. They're afraid to play outside. Parents won't let them walk alone. Residents avoid going out as much as possible. Institutionalized violence confronts them.

Stress takes its toll. Fundamental freedoms are denied. An entire community is under 24-hour lockdown.

"In light of the above, we ask for your urgent intervention to put an immediate end to such illegitimate police operations, and we further demand that law enforcement be exercised equally and without discrimination, as required by law."

Expect no positive response. Police states operate that way. Israel's one of the worst.