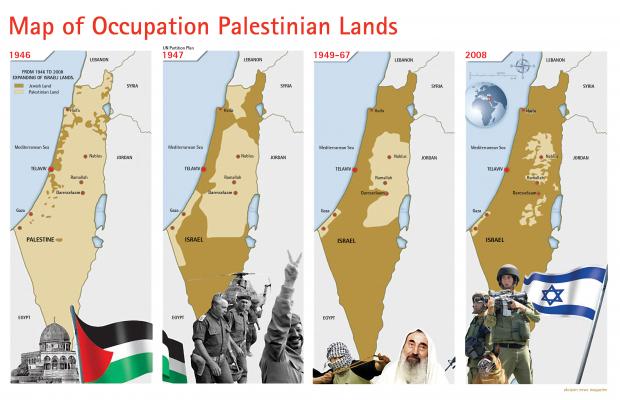 Batir is special. Its heritage is longstanding. It's been that way for centuries. It's one of Palestine's most beautiful villages.

It's built around natural spring water. It's dotted by wells and reservoirs. Traditional agriculture is its way of life. Villagers want it kept that way.

Spring water irrigates Batir's gardens. They made village produce famous. Preserving it is vital. It's too important to lose.

In 1948, Batir was on the front line of Israel's War of Independence. Green Line separation divides its ancestral lands. Its residents were the only Palestinians allowed to cultivate them inside its post-war border.

For decades it struggled to survive. Israeli land theft and development threaten it.

Israel's Separation Wall is Exhibit A. Constructing it threatens traditional Batir agriculture. Its route isn't yet finalized. If built as planned, Batir's way of life will end.

One farmer spoke for others, saying:

"They depend on farming the Batir eggplant which is famous in the Palestinian lands. Also we have other vegetables such as beans, cauliflower, and pepper."

Israel's Separation Wall "affects us. If only you knew how much it will destroy our lives and land. We do not know how we will live afterwards."

"Our life is attached to this land. It is the source of our honor. We will never give it away no matter what happens."

"Israel has the right to defend itself," he said. "We think we can do it with electronic devices, closed circuit cameras, and radars, not by a physical barrier, not a fence, not a wall, nothing."

Area around Batir provides an ecological corridor. Destroying it by wall or fence construction would be tragic, he added.

He stressed two main points. One is the ecological corridor. It provides animals different climate areas.

Batir landscape is the other. It's too beautiful and historic to destroy. It's unique and picturesque. It's on a hillside south of Jerusalem.

Farmland is arranged by traditional terraces. Natural springs irrigate it.

According to engineer Raed Samara:

"The damage that will happen if the wall is built will never be solved. There will be environmental damage."

"There will be increase in rats and harmful animals. The animals who are living in this area will not be able to move around, such as gazelles."

Since 2005, villagers waged legal battles. They petitioned Israel's High Court. They did so through through Israeli environmental organizations, Friends of the Earth of Middle East, and Israel's Nature and Parks Authority.

Attorney Kais Nasser represents villagers. "According to (Israel's) plan," he said, (village) lands will remain behind the fence, which will drastically change the status quo in the area and lead to the breaking of an international agreement between the parties."

Israel wants it. It wants all valued Judea and Samaria areas. It wants Jewish development only. It wants Palestinians ethnically cleansed. It's longstanding policy.

In 2011, UNESCO awarded Batir $15,000. It did so for "Safeguarding and Management of Cultural Landscapes." Its care for ancient terraces and traditional irrigation were highlighted.

"We hope that UNESCO which gave Batir the first award for protecting the environment. We hope this award will help to stop building the wall and will return life to Batir," said Samara.

Last October, UNESCO gave Palestine full member status. It did so despite intense US and Israeli opposition. PA officials submitted an emergency petition. It requested swift resolution. It wants Batir protected. It said in part:

"(T)he nominated property is currently at risk because of the Separation Barrier currently being constructed by the Government of Israel. The Batir Village Council brought this case to the Israeli Supreme Court."

"The court case aims at preventing the construction of the 'Barrier' in a historically sensitive area such as the 'jenan' or 'gardens' where a millenary irrigation system is still in use to water the vegetable gardens of Batir."

"The Israeli Supreme Court is expected to issue its decision in the near future, which justifies the submission of this dossier to be processed on an emergency basis, in order to protect an area of 'Outstanding Universal Value' and prevent its irreversible destruction."

"Since 1967, intensive Israeli activities of settlement expansion are threatening the property and its surrounding villages."

"The increasing construction of housing units, infrastructures, roads and other various kinds of services for the exclusive use of Israeli settlers, has resulted in the progressive enclavisation of both the territorial area and the inhabitants of the nominated property, severely threatening the integrity of its landscape and the sustainability of its ecological and environmental equilibrium."

If Israel's Wall is built as planned, it'll separate villagers from 740 acres of their land. Doing so will violate 1948/49 armistice agreements. Subsequent oral ones will end.

Traditional agriculture won't survive. Batir's entire terrace system may collapse. "It's like a net," said one farmer. "You can't cut it down in the middle without it being destroyed."

Perhaps Israel has that in mind. It wouldn't be the first time. Targeting Palestine's way of life is longstanding.

"On the Israeli side, (Walaja) terraces ceased to be used for agriculture and are remnants. Here it's still a living system." Batir villages want it kept that way.

In response to villagers' High Court petition, Israeli officials "suggested building a fence, rather than a wall…."

They lied. They said doing so would minimize environmental damage. They stressed non-existent security concerns.

Palestinians reject them for good reason. They understand Israel's real aims. Land theft is prioritized. So is settlement construction and other Jewish development.

Doing so requires displacing Palestinians. It's been ongoing for decades. It shows no signs of stopping.

In rejecting Israel's "compromise," villagers "quoted landscape conservation experts who said that a fence would cause as much damage as a wall - both through direct damage to the terraces on which it would be built and by interrupting the contiguity of cultivated land."

They said construction will impede villagers' access to their land. Israel plans it. Concerns raised are subterfuge for its real aims.

According to its Lands Administration (ILA), its Kibbutz Merav mistakenly got it. It's inside the Green Line.

ILA officials admitted a 30-year old error. Doing so was perhaps a one-off. What Israel steals it keeps. Rare exceptions prove the rule.

In January 2012, Israel told kibbutz officials what happened. The land's not theirs was explained. It's still being cultivated.

It's private Palestinian land. It's legal owners were excluded for decades. They still are despite ILA's ruling.

Making it was historic. It remains to be seen what follows. Anything positive perhaps bodes well for Batir. The struggle to preserve it continues.