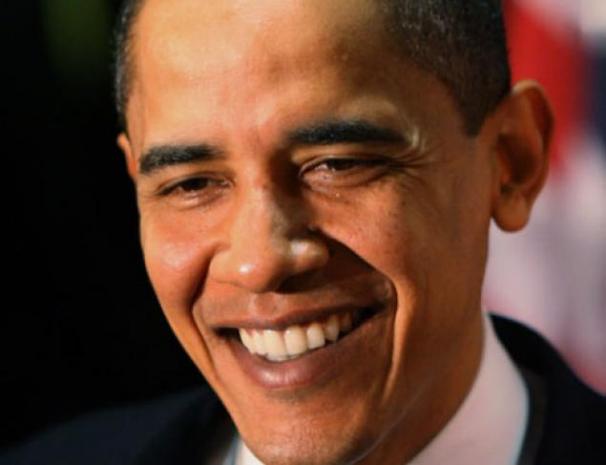 Imagine granting a nation's highest civilian award for waging it. It shouldn't surprise. Obama will receive Israel's Presidential Medal of Distinction. More on him below.

On February 18, Shimon Peres announced the award. It'll be given during Obama's March visit. It's his first as president. He'll get it at Peres' Jerusalem residence. An Israeli press release said:

"Barack Obama is a true friend of the State of Israel, and has been since the beginning of his public life. As president of the United States, he has stood with Israel in times of crisis."

"During his time as president, he has made a unique contribution to the security of the State of Israel, both through further strengthening of the strategic cooperation between the two countries and through the joint development of technology to defend Israel against rockets and terrorism."

In 2012, Peres established the award. Henry Kissinger among others received it. Israelis and non-citizens are eligible.

It's given to those "who have made an outstanding contribution to the State of Israel or to humanity, through their talents, services, or in any other form."

"I'm old enough to know that people are no less important than ideas."

"The world has learned to say 'thank you,' and it's time that we also thank people of stature, people who set an example for the younger generation, so as to send a message that any person can be as great as his greatest action or thought."

In announcing Obama's award, he said:

"As president of the United States of America, (Obama) stood with Israel in times of crisis."

"During his time as president, he has made a unique contribution to the security of the State of Israel, both through further strengthening the strategic cooperation between the countries and through the joint development of technology to defend against rockets and terrorism."

He's a "symbol of democratic values." He "exemplifies the spirit of equality of opportunity in American society."

Saying so turns truth on its head. Neither leader would recognize it if it bit them on their rumps.

The award replicates France's Legion of Honor, the Order of Canada, and America's Medal of Freedom.

In July 1945, Harry Truman authorized awarding it "to any person....who, or on after December 7, 1941, has performed a meritorious act or service which has aided the United States in the prosecution of a war against an enemy or enemies and for which an award of another United States medal or decoration is considered inappropriate."

In February 1963, Jack Kennedy ordered it replaced by the Presidential Medal of Freedom.

It's awarded "for especially meritorious contributions to (1) the security or national interests of the United States, or (2) world peace, or (3) cultural or other significant public or private endeavors."

It mocks what it claims to represent. It replicates Nobel hypocrisy. War criminals are honored with disturbing regularity.

"The United States is fortunate to have many allies and partners around the world. Of course, one of our strongest allies, and one of our closest friends, is the State of Israel," he said.

"And no individual has done so much over so many years to build our alliance and bring our two nations closer as the leader we honor tonight - our friend, Shimon Peres."

"In him we see the essence of Israel itself - an indomitable spirit that will not be denied."

Twelve other recipients were honored at the same time. Madeleine Albright was one. As UN envoy and Secretary of State, she prioritized war and genocide. She believed NATO should intervene militarily regardless of international law restrictions.

She was criminally involved in America's Balkan wars. She was complicit in genocide against Iraqi civilians. She was unapologetic. She called murdering over half a million Iraqi children a small price to pay.

Obama honored her and Peres for mass murder. He's responsible for decades of crimes of war and against humanity.

He ordered innocent victims slaughtered on his watch. He's a serial killer multiple times over. He bears direct responsibility for crimes too grave to be ignored. He never once said he's sorry. He's a shameless example of rogue leadership.

In four years in office, Obama exceeded his worst crimes. In 2009, Nobel Committee members rewarded him for doing so. Their Peace Prize went to a war criminal. It wasn't the first time.

Obama did what supporters thought impossible. He surpassed the worst of George Bush. He spurns inviolable international, constitutional, and US statute laws. He does so with impunity. He's unapologetic.

His rap sheet includes betrayal and failure, governing for the monied interests that own him, and waging war on humanity. He's heading America for full-blown tyranny and ruin. He mocks democratic values.

He's got other targets in mind. He wants pro-Western puppets replacing all independent leaders. He wants Iran's government ousted. He's willing to wage war to do it.

He's complicit in Israel's worst crimes. He prioritizes war over peace. He enforces permanent war as policy. He wants unchallenged global dominance. He's willing to destroy humanity to achieve it.

He's a war criminal multiple times over. He's guilty of high crimes and misdemeanors. He appointed himself judge, jury and executioner. He wants anyone he wishes killed on his watch. He institutionalized lawless domestic spying. He's waging global cyberwar.

He's contemptuous of essential needs. He wrecked America's economy. He presided over the greatest wealth transfer in world history. He impoverished millions. He let unemployment, hunger and homelessness increase on his watch.

He calls environmental and animal rights activists terrorists. He considers freedom a threat to national security.

He represents the worst of rogue leadership. Humanity may not survive on his watch. Israel's award signifies rewarding him for what demands condemnation, prosecution and imprisonment. Who said crime doesn't pay?

[[He's complicit in Israel's worst crimes. He prioritizes war over peace. He enforces permanent war as policy. He wants unchallenged global dominance. He's willing to destroy humanity to achieve it.]]

Duh, if Israel's people laid down all their arms they'd be exterminated by the Muslims in hours or days.  I guess refusing to lay them down means that they have to use them, sometimes in messy situations.  Does that make them war criminals?

The Muslim Arabs have always had the option of clearing out from ISRAELI TERRITORY from the Nile to the Euphrates and LEAVING POOR OUTNUMBERED SURROUNDED ISRAEL ALONE.  The rest is THEIR FAULT.

Is there something about NEVER AGAIN that Lendman doesn't get?