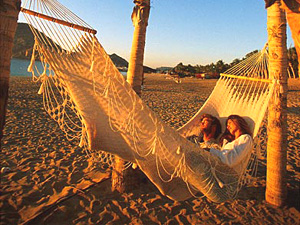 Who fares better in retirement, pensioners or folks who saved up their own respective nest eggs? If you look at the numbers, you might be surprised to learn who's really "living large" after retirement.

Regardless of how you made your money, what determines if you're rich when you retire? Frankly, it isn't how much money you made, but how much you accumulated that counts. So who are the real rich people?

Retirees generally fall into one of four groups: folks who retired from the private sector with a 401(k), IRA or a lump sum payout in lieu of a private pension; those with a government pension; self-employed folks who saved their own respective nest eggs; and finally, those scraping by on Social Security alone.

When my wife and I were first married we had a negative net worth. No silver spoons for us! By our late 50s we were successfully self-employed and in the top income tax bracket. And yet, once we paid federal and state income taxes, plus Social Security and Medicare, about 50% of our gross income went to taxes. We raised a family with what was left.

Once the children left the nest, we were in the race to the retirement finish line. For us, like most folks, that's when we really began to accumulate wealth for retirement. Here was our challenge.

Assuming this person lives in a paid for home worth $564,000, that leaves $1,300,000 in his portfolio for retirement. And let's assume he and his spouse receive $35,000 a year in combined Social Security payments.

Today the best rate for a FDIC-insured CD is 1.1%. If the entire portfolio was in CDs, it would pay $14,300 in interest. Add that to their $35,000 in Social Security and they earn just under $50,000. Remember, 95% of the population thinks they're rich. Their retirement income is likely no more than 40% of what they earned when working.

And the winner is...

Firefighters in Contra Costa County, CA have a state law protected pension; many receive over $100,000 annually. (Their department is also closing four stations to make budget.) I have several friends who retired from the government who've received a large increase the last couple of years, bumping their pensions to well over 80% of their former salaries. Many regularly risked their lives, and I don't begrudge them a dime.

But it would take a self-employed person $2 million in earnings to net $1 million, which could fund an $11,000 pension. It would take just over $9 million for a person in the private sector to fund the pension equal to a Contra Costa County firefighter.

So who is living large?

Those who are fortunate enough to have sound government pensions are living very well compared with those in the private sector.

So what do I tell baby boomers in the private sector? First get out of debt. The quicker you can start accumulating wealth, the better. If you have any type of tax-deferred retirement plan like a 401(k) or an IRA, strive to maximize your contributions.

Once you have maximized tax-deferred accumulation, move on to the next phase. Start accumulating wealth long before your nest is empty. Even saving just $20/week beginning at age 50, with a modest 4% growth rate, will turn into $31,573 by the time you are 70. Through the magic of compounding, $20,800 saved over 20 years will earn $10,773 on top. Start the process and watch it grow; it will make you want to save more.

Don't rush out and join the fire department. Whether you are in the government or private sector, the combination of tax-deferred retirement income, savings and prudent investing, and most importantly—having an easy to use plan that you’ll actually follow—is what will help you enjoy your "golden years."

In our Money Forever letter we recently developed a monthly income plan using some of the safest dividend stocks on the market. The plan is easy to follow, doesn’t require an extensive background in investing or even that you start with a lot of money; you just need a willingness to learn and a desire for reliable monthly income. Click here to find out more.