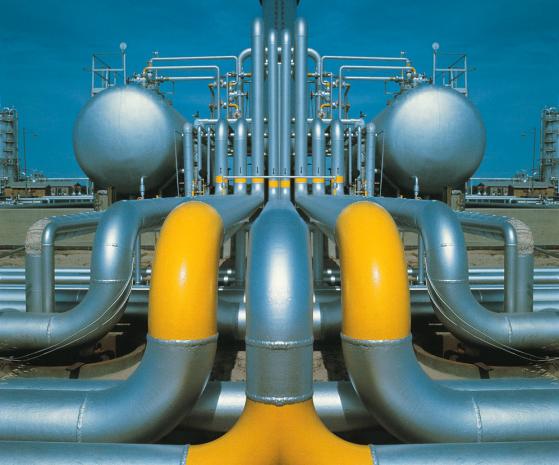 The oil and gas game can be a tricky one for junior companies, but if played right the pay-off can be massive. At a time when juniors are risking a lot in volatile venues in the Middle East and Africa, Canada’s Aroway Energy (ARW) is planting its feet firmly in homeland soil and in conventional plays.

Why? Because for the smaller juniors this is not a long-term game and blowing all your capital to drill a single unconventional well in a risky frontier won’t pay off. Canada still has plenty to offer for juniors, even though you have to kiss plenty of frogs to find the prince. The end game, after all, is merger and acquisition.

·        Why rail is becoming more attractive than pipeline transit

·        Why the smaller juniors will stick to the conventional plays

·        Why having control of infrastructure is key to success

Oilprice.com: Junior oil companies have been storming the scene with some bold investments in tricky frontier areas. Where do you see this going and what will the next phase for the juniors be? Where will the action be, in conventional or unconventional plays?

Given the current state of the capital markets and the scarcity of funding, I think the smaller juniors will continue to play in the conventional arena.

OP: What’s the ideal partner for a junior company, and what can make or break it for a junior?

CC: As far as make or breaking a junior, I believe you need to minimize the company’s risk by drilling wells that are going to give you good internal rates of return and steady production; a good mix of development and exploration wells. It is also very good to have a good operator that is responsible in keeping a control on costs.

OP: What separates the good management teams from the mediocre in the Canadian junior oilpatch?

CC: Management teams that have built and sold companies in the past have a responsible, methodical approach to how they run their businesses. More often than not, these teams do not try to re-invent themselves by drilling wells and formations that they have not done in the past. They continue to focus on what they know best, whether it be drilling in the Peace River Arch, chasing Leduc wells, or focusing on cardium wells. They often do not stray from their formulas and that is why they are good teams.

OP: More Canadian oil is now being marketed by rail.  Can you put the rail versus pipeline transport comparisons into perspective for us from a Canadian operating perspective?

CC: A lot of companies, including Aroway, are capitalizing on the benefits of moving their oil via rail as opposed to pipeline.  I think it will increase our netback, our profit per barrel, by several dollars immediately.

So for example, the last month we got $53 to $54 a barrel, after the blend-in tariff for our West Hazel production, which is probably the lowest you’re going to see for a long time. Our netback on that oil was still greater than $20 a barrel. But for that $53.32 a barrel we sold, if transported by rail, we remove the pipeline tariff, we remove the blend for the diluents and we get $9 more added to the netback value.

So what we’ll end up doing is trucking our oil from the field to a company called Altex Energy, which is partly owned by Shell Canada. Shell owns all the railway cars and all these railway cars get filled up with heavy crude and shipped down to their Port Arthur facility on the Gulf Coast. At Port Arthur what typically happens to our crude--because it’s somewhere between 11 and 13 degree oil—is it goes straight into bunker fuel for ships.

So the refinery doesn’t have to touch it in some cases and that’s where we get a pretty substantial bump. Then you’re not subject to pipeline apportion and issues. It just opens up whole new markets for you.

At the end of the day we will  get somewhere around $66 or $63 a barrel this month and then we’re going to bump that up by another $9 next month by taking all the crude we have in West Hazel by rail. So our netback will be $35 to $40--and that’s just the West Hazel crude.

OP: What is the market like for assets right now, from a junior’s perspective? What’s the ideal prospect?

CC: Asset sales are heating up. We are finding that there are a lot of assets being marketed through companies like Sayer and NRG Divestments. There are also several larger brokerage firms representing companies for “strategic alternatives.”

As an example, Aroway just picked up a great producing asset in Saskatchewan for $10,000/flowing barrel. The market for similar assets in Saskatchewan at that time was about $40,000/flowing barrel. Companies need to exercise patience and do their due diligence. Not to mention kissing a lot of frogs to find these types of assets. They are out there.

OP: A lot of North American juniors are hitting the riskier frontiers with all they’ve got these days—from Iraqi Kurdistan to Sudan, even Somalia. Why are they willing to take this risk and is it paying off?

CC: With higher risk comes higher reward, but I don’t think it is paying off in the broader sense. Sure, there are 2 or 3 juniors that have hit home runs, but more often than not a junior is going into those types of plays with only $5 or $10 million in the treasury and they blow this after drilling just one well. I have always believed there is great opportunity offshore, but the risks are lower and infrastructure and political stability in North America is in place. There is plenty of opportunity in North America.

OP: Related to this, where do you see Canada’s oil and gas industry 10 years from now?

CC: I see the oil and gas industry in Canada continuing to grow with the advancement of new drilling techniques and new innovations in exploiting existing pools to increase the recoverability. We have a stable political system in place which enables business opportunity to grow in Canada.

OP: We hear a lot about Alberta, but what kind opportunities are we looking at in Saskatchewan?


OP: Do you lend any significance to Canadian media reports that the Cabinet is reviewing some new legislation that would set stiff payouts for the oil industry for accidents?

CC: Personally, I think it is part of the grand plan to help the approval process. My theory is that the Canadian government will lay out a plan for big fines and then push to have the pipelines approved. The construction of pipeline projects creates jobs and would be good for the economy.


OP: Do you think this is simply a carrot for the protesters at a time when the Enbridge hearings are raising tensions?

CC: There will always be protesters.


OP: What do you see happening to energy markets in 2013?

CC: I see the price of oil and gas both increasing. They are depleting resources….it’s an inevitable function of supply and demand.


OP: What are your views on the Keystone XL Pipeline? Do you think it is likely that Obama will approve its construction, and if so how will this affect your business?

CC: I think he will approve it. The Governor of Nebraska gave the new route the okay. I think now that Obama has been re-elected he will go ahead and approve. Again, that is a lot of job-creation for an economy that is struggling. More pipelines are good for Canadian producers as it helps get our oil to market.


OP: What are Aroway’s top three plays, and why?

CC: Our current plays all have different risk and production profiles. We have a large inventory and land spread in our JV lands in the Peace River Arch, which provide a healthy mix of development and exploration risk. Very big upside in this play.

Our West hazel production play is a very stable, long-term production scenario that we feel will provide great cash flow and netbacks to the company. For little investment we feel we can substantially increase production at West Hazel.

Our Kirkpatrick Lake and Little bow lands in central Alberta are also very prospective properties that have the ability to turn into new core areas for the company. All our properties are oil focused and are highly prospective.

CC: I am confident 2013 will be a big growth year for Aroway. We will continue to drill on our existing properties and leverage our production and financial position to take advantage of existing and upcoming opportunities in the sector as far as acquisitions and potential farm-in opportunities. We are confident it will be a big year for our shareholders.


OP: 2013 has been touted as the year of the merger and acquisition. As one of the hottest investments around at the moment, do you think that Canadian junior oil & gas companies, like yourselves, will become a favoured target for larger oil companies looking to expand?

CC: I think I can speak for most junior companies when I say, ‘I hope so’. There are a lot of big companies that need to fill the production gaps in their natural depletion, thus in some cases forcing big companies to do that through acquisition. I think the goal for most juniors is to be taken over by a bigger company at a nice premium for the shareholders.

OP: Thanks for your time Chris.

Zendure SuperBase Pro 2000...Power for preppers and when the grid goes down.