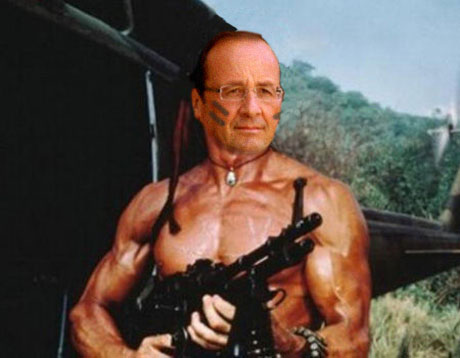 UNESCO is the UN's educational, scientific and cultural organization. It stresses "building peace in the minds of men and women."

It "works to create the conditions for dialogue among civilizations, cultures and peoples, based upon respect for commonly shared values."

Through dialogue it hopes "world can achieve global visions of sustainable development encompassing observance of human rights, mutual respect and the alleviation of poverty, all of which are at the heart of UNESCO'S mission and activities."

Its rhetoric and policies differ. Double standards reflect UN priorities. Officials are Western tools. They honor their own. They violate UN Charter provisions.

They do so with impunity. Millions die as a result. Millions more suffer horrendously. Imperial ruthlessness assures it. Global dominance is prioritized.

Mass destruction and slaughter further what international law prohibits. UNESCO paid no attention. Doing so allies it with wrong over right. It betrays its mandate. It calls for respecting commonly shared values and human rights.

On February 21, the UN News Centre headlined "French President Francois Hollande awarded UNESCO peace prize." It's for his "valuable contribution to peace and stability in Africa."

It's named after a man closely associated with France's colonial past. He was Ivory Coast's first president. UNESCO calls him the "Sage of Africa." Why it has to explain.

The prize honors "living individuals and active public or private bodies or institutions that have made a significant contribution to promoting, seeking, safeguarding or maintaining peace, in conformity with the Charter of the United Nations and the Constitution of UNESCO."

"After analyzing the global situation, it is Africa that held the attention of the Jury with the various threats affecting the continent," said Chissano.

"Having assessed the dangers and the repercussions of the situation on Africa, and on Mali in particular, as well as on the rest of the world, the Jury appreciated the solidarity shown by France to the peoples of Africa." he added.

He'll have to explain how he avoided choking on his words. Hollande gets $150,000, a gold medal, and a diploma.

He deserves longterm black and white-stripped suit imprisonment on bread and water breaking rocks in summer heat and freezing cold.

He'll receive his award on a date to be named later. Perhaps UNESCO wants to give him more time to kill. It wouldn't be the first time a UN agency backed imperial aggression. For sure it won't be the last.

Throughout its history, UN officials did more to support war than prevent it. It deplores peace. It's been more than ever true under Kofi Annan and Ban Ki-moon.

Straightaway as Secretary-Generals, they betrayed their mandate. They're duplicitous imperial tools. They're complicit in millions of deaths. They're war criminals multiple times over.

At issue is controlling Africa's resources. They're rich enough to matter.

Much more than Mali is at stake. Shutting out China is priotitized.

Since the late 1990s, its trade with Africa rose over twenty-fold. Washington views this with alarm. Beijing challenges its dominance. Eurasian ones and others aren't tolerated.

Washington wants Beijing shut out of what it wants unchallenged control. AFRICOM was established to rape the continent's riches. Waging war on Libya and Mali suggest further conflicts ahead.

Hollande is very much involved. He wants France to get a piece of the pie. He wants French colonialism reinvented in new form.

Mali is the fourth country France attacked since 2011. Others include Libya, Ivory Coast and Syria. Reasons given ring hollow. All except Libya were former French colonies. France's "fundamental interests" have nothing to do with defending democracy.

Holland, Washington, and supportive allies back Mali's unpopular regime. They're allied with other repressive African governments.

At issue is recolonizing the continent. UNESCO's award honors Hollande for doing so. It shames itself in the process. War criminals deserve condemnation, prosecution and imprisonment.

Israeli President Shimon Peres will award it. He deplores democracy. He spurns civil and human rights. He's a war criminal multiple times over.

Washington gave him America's Presidential Medal of Freedom. It did so last year. He got it despite his criminal past. He waged war on fundamental freedoms for decades.

One war criminal honors another. Hollande joins their ranks. Imperial partners reward each other. They do so for waging war on humanity. Perhaps they plan exterminating it altogether.