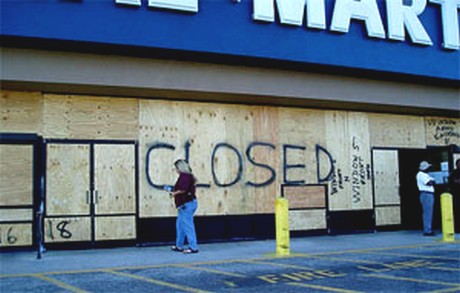 There's far too little of it around. TV talking heads shun it. All's well in the world, they say. They don't dare report accurately. Their jobs depend on manipulative deception.

Imploding is just a matter of time. The bigger they are, the harder they fall. It happened in 2000 and 2008. Perhaps this year or next is 3.0. The fullness of time will tell. Excess creates its own demise.

Reality has final say. It arrives in its own due course. Often it's when least expected.

On February 22, market analyst Marc Faber said stock markets peaked. At the same time, bonds may rebound. "I think we have made an intermediate top, and it could be a longer-term" one, he believes.

Markets are "significant(ly) overextended." Bullish sentiment is extreme. "Everybody says 'sell bonds, buy equities.' And when everybody thinks alike, one has to be careful."

Concerns were raised about "potential costs and risks arising from further asset purchases." Complications may result.

"(I)t could expose the Federal Reserve to significant capital losses when these holdings (are) unwound."

"Several participants emphasized that the (Open Market) Committee should be prepared to vary the pace of asset purchases, either in response to changes in the economic outlook or as its evaluation of the efficacy and costs of such purchases evolved."

"(A) number of participants stated that an ongoing evaluation of the efficacy, costs, and risks of asset purchases might well lead the Committee to taper or end its purchases before it judged that a substantial improvement in the outlook for the labor market had occurred."

Japan entered its third recession since 2008. Chinese, Indian, and Brazilian growth rates fell by half. Fourth quarter 2012 US growth was virtually zero.

Walmart may be the canary in the coal mine. It reported its worst monthly sales start in seven years. Company vice president Jerry Murray called them "a total disaster."

During the Great Depression, devaluation by fiat deepened hard times. It extended them. In 2010 and 2011, wage cuts tried to boost exports.

Fed, ECB, Bank of England, and Bank of Japan QE try doing so now. It's a duplicitous money grab. It's robbing poor Peter to pay rich Paul. It's official policy. It's got nothing to do with stimulating growth.

Monetary policy has limits. An ancient proverb perhaps explains. "Those whom the gods wish to destroy they first make mad." Perhaps they had central bankers in mind.

It bears repeating. They all burst. The bigger they are, the louder the pop.

The longer fiscal pain continues, the closer an ultimate day of reckoning approaches. It'll arrive disruptively. People take only so much before reacting.

Global economies are weak. Deteriorating conditions are accelerating. Trouble assures more of it.

Reality is swept under the rug. No one gives a damn. Spain's Prime Minister Mariano Rajoy just warned "There are no green shoots. There is no spring."

Its entire banking system is troubled. So is its sovereign debt. It managed 2012 by tapping 90% of its social security fund to buy it. Over 200 billion euros in new debt must be financed. How remains to be seen. Banks are net sellers. Investors are wary.

Default looks more likely. Doing so will be multiples greater than Lehman's collapse. Things look likely to get ugly. When is anyone's guess. Debt problems aren't solved by adding more of it.

Economist John Williams predicts a massive May dollar sell-off. Other countries will dump them for safer currencies. Collapse he believes may follow.

Washington has weeks to get its fiscal house in order. Williams calculates FY 2012 deficit at $6.9 trillion. That much more was spent than collected in taxes. America is bankrupt he says.

Banks now freeze credit. Housing values are stagnant. Most Americans have no new revenues sources. Polls show they expect to spend less. It's their only viable choice.

They don't turn out much better. Things often change but stay the same. Europe is sinking. So is the American dream. For most it was largely illusory. Now it's disappearing altogether. A nightmare replaced it.

Cutting back when stimulus is needed is madness. Doing so assures decline. For most people, it's the worst of all possible worlds. Middle class societies are destroyed. Neoserfdom replaces them. Public anger follows.

He's beholden to powerful monied interests. They own him. He assures protracted hard times.

How much more ordinary people will take they'll have to explain. Perhaps they'll become more assertive. It's high time they defended their own interests. No one will do it for them.