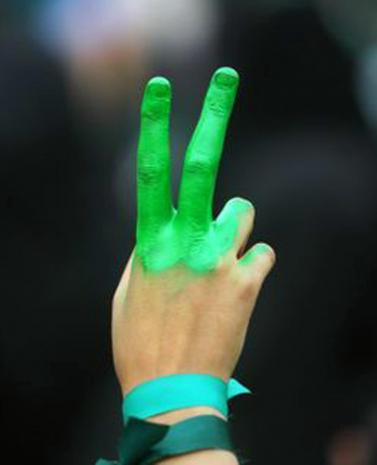 It's no surprise. It's been that way for years. Iran's legally entitled to enrich uranium. Dozens of other countries do the same thing.

They lie. They know they're lying. They repeat what they know is false. Media scoundrels regurgitate it. Doing so makes them complicit.

Americans are the least informed, most entertained people anywhere. They're mindless about what matters most.

Propaganda works. A new Gallup poll explains. It found 99% of Americans believe Iran's nuclear program threatens US security. Its nonexistent nukes are considered more dangerous than nations with real ones.

On February 6, the IAEA said Iran began installing IR-2m centrifuges. It's entitled to do so. It's doing it at Natanz. It's Tehran's main uranium enrichment facility.

"This is the first time that centrifuges more advanced that IR-1 have been installed," it said.

"The most important point of the report is that after a decade of continuous inspections by the agency, there is no evidence on divergence toward military purposes in Iran's nuclear material and activities," he added.

"The agency says that (uranium) enrichment is continuing in Iran without any problem and under (its) full supervision."

"According to (its) report, enrichment to a purity level of 20 percent with the aim of fueling the Tehran reactor is successfully continuing, and it indicates the peaceful use of enrichment to supply the Tehran research reactor with fuel to provide hospitals with radioisotopes they need."

On February 13, Tehran concluded its latest round of talks. Most issues were resolved. India's ambassador said Iran successfully completed them. It's committed to whatever else is required. It wishes to do so in a "calm atmosphere of cooperation."

Expect no breakthroughs. Washington obstructionism prevents them. So does Israel behind the scenes. Iran's nuclear program is duplicitous red herring cover.

At issue is longstanding regime change plans. America tolerates no independent governments. It wants subservient pro-Western ones replacing them. If Tehran had no nuclear program, another pretext would be invented.

Rogue states operate that way. Washington and Israel are by far the worst. Iran faces formidable challenges. It's committed to peaceful nuclear development.

It's entitled to do so. It won't abandon its sovereign rights. It's unconscionable that America, Israel, and complicit European partners insist it do so.

Reuters and other sources said Tehran plans 16 new nuclear facilities. Sites were chosen to build them. At issue is developing alternative energy sources. Diversifying from oil and gas is planned.

America's willing to go to war. It'll do so for what it can't achieve other ways. Media scoundrels support what they should condemn. New York Times editors play a lead role.

They call Iran's peaceful nuclear program "one of the most polarizing issues in one of the world's most volatile regions." They omit saying why. They point fingers the wrong way. US imperial designs endanger strategic areas.

They back its lawlessness. They call it just. They march in lockstep with permanent war, corporate empowerment, and unchallenged global dominance plans.

They lie for power. They call Iran a threat to world peace. They say it's able to build nuclear weapons and may do so. They back US sanctions. They violate international law.

They point fingers the wrong way. They blame Tehran for Washington obstructionism. They falsely claim Iran threatens to destroy Israel.

Managed news misinformation begets more of it. Truth and full disclosure are absent.

Doing so betrays loyal readers. They deserve better. They don't get it. They publish irresponsibly. They spurn their own mandate.

"All the News That's Fit to Print" is just a figure of speech. It's demagogic boilerplate. It's doublespeak duplicity.

Truth, the whole truth, and nothing else is spurned. Times editors do it on what matters most. Instead of supporting peace, they back war. Instead of explaining Iran's nuclear program accurately, they lie for power.

They endorse wrong over right. They risk greater war doing so. They're unapologetic. They're well paid to back what demands condemnation.

What's ahead who knows. Washington, Israel, and complicit NATO allies partner in imperial lawlessness. Doing so risks millions of lives.

Rogue countries threaten global war. They menace humanity. Stopping them is vital. Doing so before it's too late matters most.