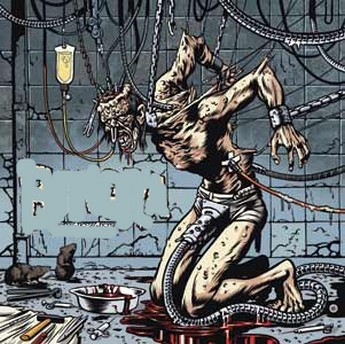 Torture is official Israeli policy. It's longstanding. All Palestinians are fair game. Wanting to live free leaves them vulnerable. More on what demands condemnation below.

He was married with two young children. In June, his wife Dalal expects another. She's on her own to survive.

In early February, Israel lawlessly arrested her husband. Family members confirmed he was in good health at the time. He was taken to Jalameh Detention Center. He was transferred to Megiddo Prison.

Israel tortured him to death. Since 1967, dozens of Palestinians died the same way. They did so in prison. Some succumbed after release. A combination of torture and harsh prison conditions bears full responsibility. It's standard Israeli practice.

"We demand the creation of an international commission of inquiry to probe the circumstances of his death," he added.

"Our information was that Jaradat was being interrogated and then he died. Therefore we call for an international investigation into his death, that may have resulted from torture."

Dalal said an Israeli intelligence officer brought Jaradat back home. He did so after his arrest. He told him to bid farewell to his children.

"For that reason I was worried," she said. "My husband was detained several times before, but this time the officer talked in a bizarre way."

Attorney Kamil Sabbagh represented Jaradat. He complained of severe pain. He blamed it on harsh interrogation practices. It's brutal enough to kill. Israel doesn't care if Palestinians live or die.

Expect whitewash instead. It happens every time. Killers get of scot-free. So do torturers. They're emboldened to repeat cruel and inhuman treatment.

In October 2011, the Public Committee against Torture in Israel and Physicians for Human Rights (PACTI) issued a damning report.

It's titled "Doctoring the Evidence, Abandoning the Victim: The Involvement of Medical Professionals in Torture and Ill Treatment in Israel."

It showed Israeli doctors are complicit in torture and other abusive practices. Doing so violates their Hippocratic Oath.

They witness interrogation harshness. They're actively involved. They permit what demands condemnation.

They "conceal information, thereby allowing total impunity for the torturers." They're beholden to power. They permit lawlessness. They ignore prisoner rights.

They spurn fundamental ethical standards. They cross the line irresponsibly. They're unapologetic. They're guilty of high crimes. They deserve punishment. They're unfit to practice medicine.

Torture is official Israeli policy. It's longstanding. It violates international law. It's clear and unequivocal. It's prohibited at all times, under all circumstances, with no allowed exceptions.

The UN Convention against Torture calls it:

"any act by which severe pain or suffering, whether physical or mental, is intentionally inflicted on a person for such purposes as obtaining from him or a third person information or a confession, punishing him for an act he or a third person has committed or is suspected of having committed, or intimidating or coercing him or a third person, or for any reason based on discrimination of any kind, when such pain and suffering is inflicted by or at the instigation of or with the consent or acquiescence of a public official or other person acting in an official capacity…."

Protected persons "shall at all times be humanely treated, and shall be protected especially against all acts of violence or threats thereof...."

"No physical or moral coercion shall be exercised against protected persons."

"This prohibition applies to....torture (and) to any other measures of brutality whether applied by civilian or military agents."

The International Covenant on Civil and Political Rights Article 7 states:

"No one shall be subjected to torture or to cruel, inhuman or degrading treatment or punishment."

" All persons deprived of their liberty shall be treated with humanity...."

Landau Commission members approved what they should have condemned. They called coercive interrogation practices necessary against "hostile (or) terrorist activity." They affirmed it against expressions of Palestinian nationalism.

Israel's High Court tried having it both ways. On the one hand, it prohibited torture. On the other, it permits it in "ticking bomb" cases.

PACTI says Israel tortures thousands of Palestinian prisoners. Nearly all detainees endure torture, humiliation and other forms of abuse. Children are treated like adults. Many end up traumatized.

Abuse begins at arrest. Commanders order it or look the other way. Beatings are commonplace. Coverup and denial follow. Things worsen in detention.

Cursing, physical and sexual threats, strip searches, and other humiliating and degrading practices are commonplace.

Israel's frog position is used. It's painful and injury prone. It forces detainees on tiptoes with hands painfully cuffed behind their backs.

The banana position involves painfully arching backwards. It's done while extending the body horizontally to the floor. Israel uses backless chairs. Arms and feet are bound beneath them.

The shabah position involves binding detainee hands and feet to standard-sized metal frames. Doing so is painful and prolonged. Fixed to the floor rigid plastic chairs without armrests are used.

PACTI says these and other abusive practices cause "psychological and physical harm." At times it's irreversible. It's harsh enough to kill.

Decades of occupation harshness institutionalized these practices. Members of most Palestinian families experience it. World leaders turn a blind eye. So do media scoundrels. They suppress what demands exposure.

Detainees hunger strike for justice. Palestinians rally in support. Things eventually may boil over. Calls for a third Intifada are heard.  People only take so much before exploding. It's long past time they did it en masse.

Israel's by far the region's most despised state. It continues abusive practices. It spurns fundamental civil and human rights.

It treats Palestinians like vermin. It's done so for decades. It violates international law doing so. It does what it wants with impunity. It menaces humanity in the process.

6 Comments in Response to Israeli Murder by Torture

Israel is run, to a great extent by the Jews in the U.S. who are in high Government places, and who are not in Government, but are pulling the strings of American Government. And since it is the people and Jews behind the scenes who are pushing for one-world government, Israel is required to follow their instructions, or they will lose the funding.

Who knows what the plans are, why Muslim lands are not just taken over, Muslims required to change or die, etc., etc.? But it is in the plan to do things the way they are being done. Perhaps the Jews in high places remember how long it has taken to restore Israel, from the time of its destruction by the Romans, until 1948-49, so, they want to be a little more careful with their new Israel this time.

The most important aspect of all this, especially regarding the Muslim Judaism war is the plan that God has in mind. I mean, who of the Jews or Christians is as outwardly faithful to God as the Muslims are to Allah? (Allah is not the same god as the God of the Jews or of the Christians.) Yet, God is not abandoning His people, whomever and wherever they might be.

that Israel is not listed in either of the lists of countries? The people of Israel are way happier than the Muslims.

href="http://www.liveleak.com/view?i=ec7_1361295893">Lendman's sacred cows show what innocent victims they are in Europe

Lameman's sick myoptic agitprop is dishonest because it's just Muslim anti-Semitism tailor-made to fool Western readers into thinking it's not. Man look at them lists of facts and figures, compare with all his articles on criminal acts by Muslim regimes. :)

Here's the more obvious examples from sources who aren't afraid to disguise their intentions:

Oops, they slipped up

>Here's Lendman's sacred cows roaming loose in Europe, where he wants the Jews to return to

Meanwhile Israel has wasted decades "trading land for peace". By now they should realize they should TAKE LAND FOR PEACE - all the land from the Nile to the Euphrates, clearing all the ARAB MUSLIMS out and telling them to resettle in the gigantic ARAB UMMA and FOREVER LEAVE POOR OUTNUMBERED SURROUNDED ISRAEL ALONE.  Only when Israel has reached its true size can a permanent peace even be thinkable, and Lendman and his Saudi and Moscow paymasters can take a flying leap. I'm sure the land they take can be compensated on some kind of payment plan, after the zillions in damages for Muslim terrorist attacks are subtracted :)


Whew! Is this commentary or is it STINKING ANTI-SEMITISM? All that's missing is "Goodbye Jews" :) How much did Loudmouth get for this agitprop from his Saudi paymasters? :)