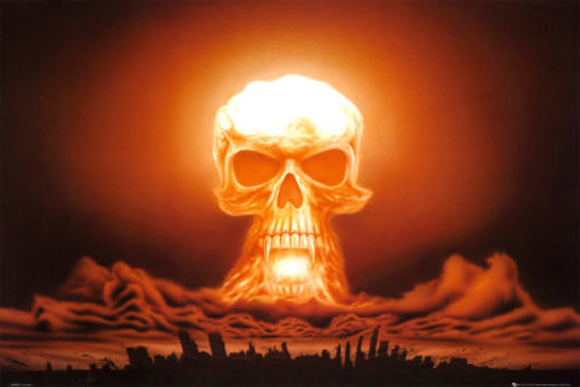 Multiple P5 + 1 talks were held. Almaty, Kazakstan ones are the latest. Nothing gets accomplished. Washington obstructionism prevents it. Israel does so covertly.

Netanyahu reacted as expected. Bluster substitutes for reason. "(T)here are no measures that will make Iran heed the demands of the international community aside from military sanctions against it," he said.

Iran won't end its "military nuclear program. (It) continues to violate all the international standards. Therefore I believe that the world must tighten the sanctions and make it clear that if it continues with its plan, there will be military sanctions."

He was Washington's man in Tehran. He remained so until the Islamic Republic of Iran replaced him.

Iranians aren't about to roll over for America. Their independence matters more. They're not about to surrender it nor should they.

US demands have no legitimacy. International law is clear. No nation may interfere in the internal affairs of others.

The 1648 Treaty of Westphalia established the principle of state sovereignty. Foreign interference and/or intervention are prohibited.

Kellogg-Briand promised wars would no longer resolve "disputes or conflicts of whatever nature or of whatever origin they may be, which may arise among them."

Article 8 of the 1933 Montevideo Convention of Rights and Duties states:

"No state has the right to intervene in the internal or external affairs of another."

"All members shall refrain in their international relations from the threat or use of force against the territorial integrity or political independence of any state, or in any other manner inconsistent with the Purposes of the United Nations."

Washington considers international, constitutional, and US statute laws quaint and out of date. They're systematically spurned. Independent states like Iran aren't tolerated. They're targeted and vulnerable.

Replacing them is prioritized. All options are considered. If diplomacy, sanctions, saber rattling, and other tactics fail, expect war. It's longtime US policy.

Warmongering zealots run things. Obama nominally heads them. New wars follow ongoing ones. Iran very much is threatened. It's been that way for decades.

It's especially so post-9/11. War on terror extremism threatens humanity. One country after another is ravaged. Iran's on America's target list.

Two days of talks failed. No breakthroughs were achieved. None were expected. Reuters quoted Interfax saying:

"So far there is no particular rapprochement. There is an impression that the atmosphere is not very good."

Plans are to resume talks in Istanbul on March 17 and 18. Follow-up ones will continue in Almaty on April 5 and 6.

Before talks began, Secretary of State John Kerry warned of "terrible consequences." It they failed, they'll follow, he suggested. He knew in advance they would. Washington rejects conciliation. It doesn't negotiate. It demands.

"There is still time," said Kerry, "but only if Iran makes the decision to come to the table an negotiate in good faith."

It does so every time. Failure follows. Without a legitimate partner, it's certain.

KerrySpeak claims otherwise. "We are prepared to negotiate in good faith in mutual respect, in an effort to avoid whatever terrible consequences could follow failure," he said.

He stopped short of suggesting war. Obama prioritizes it. All options will be used to deny Iran nuclear weapons, he says. He knows none exist or are planned. Claiming otherwise is willful deception. It's standard US policy. Hegemons operate that way.

Iran is clear and unequivocal. It's entitled to enrich uranium under NPT provisions. It does so lawfully. It won't stop because Washington and Israel insist. Nor will it accede to their other illegitimate demands.

On February 27, Press TV headlined "US lawmakers to tighten sanctions on Iran amid Tehran-P5+1 talks," saying:

Legislation will be introduced Wednesday. It'll "impose financial penalties on foreign companies and entities that provide Iran with goods that are critical to its economy."

It's designed to force countries like China to buy less Iranian oil. It imposes new ways to deny Iran access to hard currencies. It pressures EU countries to block Iran from the ECB payment system.

In a letter to European Council president Herman Van Rompuy, 36 US senators urged closing "a significant loophole in the US-EU sanctions policy."

"We strongly urge you to take all the necessary measures to cut off Iran's ability to use its foreign-held euros," it said.

These type efforts expose Washington's true agenda. Talks are subterfuge. They're theater. They're worthless. They waste time. They're duplicitous. They're not sincere.

Multiple ones ad infinitum will achieve nothing. Obama officials plan them that way.

On February 25, the Times of Israel headlined "Obama to tell Netanyahu US gearing up for Iran strike," saying:

Both leaders will meet later in March. Obama will say a "window of opportunity" to strike Iran opens in June. On February 25, Israel's Channel 10 said so.

Israel will be told to "sit tight."

"Iran is developing a second path to a nuclear weapons capability by operating a plant that could produce plutonium, satellite images show for the first time."

Iran "activated the Arak heavy-water production plant." It's needed to produce plutonium. If true, nothing suggests nuclear weapons plans. Saying so is spurious.

Iran "lacks the technology to reprocess plutonium and use it for a weapon," said the Telegraph. North Korea has it. "(S)ome analysts" think "Iran could do the same."

"By then, the option of a military strike on an operating reactor would present enormous complications because of the radiation that would be spread," he added.

Iran threatens no one. Israel's a longstanding a regional menace. It's nuclear armed and dangerous. Partnered with Washington, they menace humanity.