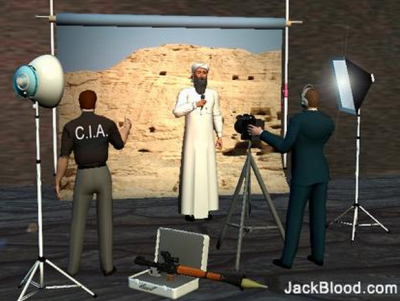 Hollywood's complicity with Washington is longstanding. Movie moguls are duplicitous. The only thing they like like better than good films are good deals.

It impacted wartime filmmaking. Anyone growing up at the time remembers. WW II films proliferated. They're still shown on late night TV. Cable channels feature them. Government censors had final say. They controlled everything from casting to production.

In 1940, Charlie Chaplin's "The Great Dictator" burlesqued Hitler, Mussolini, and Nazism. Other films featured war propaganda. Once America was attacked, they proliferated.

No plot too far-fetched was omitted. Even Tarzan was exploited. He waged war on Nazism in "Tarzan Triumphs."

Hitler was no match for the king of the jungle. He defeated German invaders singlehanded. An elephant blitzkrieg helped.

Movie moguls supported the war effort. Most of all they prioritized profits. They claim they give people what they want. They reinvent history doing so.

Pentagon generals supported and approved "Top Gun." A special Film Liason Office overseas propaganda filmmaking. It focuses on ones related to war. It chooses ones it wants.

It has final say on content and characters. It makes no secret of its purpose. It wants pro-Western propaganda featured. Few war films go other ways.

Zero Dark Thirty chronicled the hunt for Osama bin Laden. It's grotesque, dishonest, and fabricated. It opened days before Christmas last year. It reinvented history. Bin Laden was dead and buried. In December 2001, he died naturally.

Hollywood and Obama claimed otherwise. History is reinvented. Doing so is shameless and duplicitous. It says more about America's imperial agenda than truth.

Doing so launched overt and covert war on terror. It rages lawlessly at home and abroad. Hollywood marches in lockstep. Movie moguls misinform, manipulate public sentiment, and manufacture consent.

They convince people to support what demands condemnation. They persuade them to hate alleged enemies. They glorify war in the name of peace.

They proliferate Big Lies. They stoke fear. They aid and abet state crimes. They convince people that Washington's wars are justified because they say so.

They call waging war on humanity liberating struggles. They believe might justifies right. Destroying nations to free them is OK.

Zero Dark Thirty reinvents history. It chronicles a hunt for a dead man. It turns rogue CIA agents into heroes. It's long, boring, and dishonest. Much of what the film portrays has no connection to bin Laden.

It argues that torture works. Brutalizing detainees helped discover his whereabouts, it claims. Extrajudicial killing is glorified. Misfits become heroes. Crimes of war and against humanity are waged for our own good.

Hollywood and media scoundrels produce this stuff. They do so for profit. They're unapologetic. Anything for a buck is OK. Propagandizing is the American way.

On February 24, Argo won top honors. Hollywood's 85th Academy Awards chose it the year's top film. It should have been denounced instead of honored.

A generation of repressive Reza Shah Pahlavi rule went unexplained. He was Washington's man in Tehran.

Argo is malicious, unjust, and one-sided. It's Hollywood propaganda at its worst. It foments anti-Iranian hatred. It stereotypically portrays Iran according to pro-Western misinformation.

It's "a piece of conservative (pro-Western) propaganda created by Hollywood to support the Obama administration's" positioning ahead of last November's presidential election.

"It also primes the war wheels for an American-supported Israeli attack on Iran, so that (Iran bashers) can feel okay about the war when they cast their vote for Obama in November (2012)."

Affleck's ignored the larger story. His film is one-sided. It's "a sanitized version of events," said Nicolini.

"(T)here's nothing authentic about (its) manipulation of historical events." It's "pure political propaganda."

"Given the vast number of people who have died in the Middle East (Americans, Iranians, Iraqis, Afghanis, etc.), why should we give so much attention to 6 white American diplomats who were saved by Hollywood and the CIA?"

"What about all the other people from so many cultural demographics who have and are continuing to be massacred, murdered and tortured daily?"

"The group who took over the American Embassy were a group of young, very orderly and quite calm men and women," she said.

Argo's portrayal is wholly inaccurate. It's fiction, not fact. It bears no relation to truth. It's Hollywood-style rubbish.

It's politically motivated. It leaves the 1981 Algiers Accords unmentioned. Iran and Washington signed it. Most Iranian assets were unblocked.

A day later, 53 US hostages were released. It was moments before Reagan was inaugurated. Washington wants US/Iranian conciliation concealed.

Argo ignored what it should have featured. It reinvented history. It did so Hollywood-style. It sacrificed truth. It bashed Iran in the process.

It's part of Washington's propaganda machine. It shouldn't surprise. Doing so is longstanding. Hollywood does it for profit. It's the American way.

Durham Played You for a Fool!