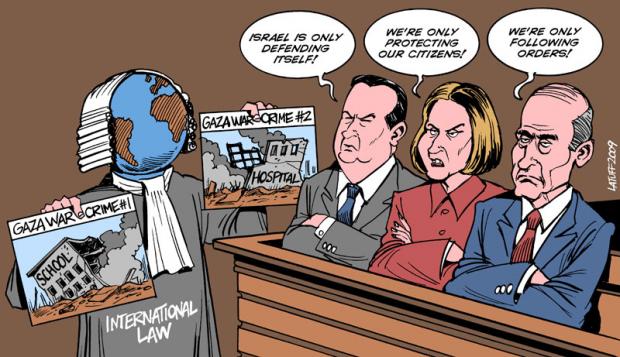 They're accused of ordering the May 31, 2010 Mavi Marmara massacre. Israeli commandos attacked the vessel preemptively. They did so in international waters.

Nine Turkish nationals were assassinated. Dozens more were injured. Everyone on board was terrorized. Israel planned it that way.

High crimes were committed. A 144-page indictment said so. They were premeditated. They were against unarmed, nonviolent activists. They were delivering vital humanitarian aid to besieged Gazans.

Accused Israelis didn't attend. No one expected them to. Entering Turkish territory subjects them to arrest.

Hundreds of complainants were invited to testify. Conclusions from an internal Turkish investigation accused Israel of "banditry," "piracy," and "state-sponsored terrorism."

Israel is guilty as charged. Clear evidence proves it. More on that below.

On February 26, Mondoweiss contributor James Marc Leas headlined "Years of impunity for Israeli leaders may draw to a close in Turkish flotilla trial."

Uneditied raw video is damning. It's authentic. It points fingers the right way. Videographer Iara Lee took it. It provides over an hour of "minute-by-minute" documented evidence.

In other words, it was premeditated. It's well before anyone on board had time to react.

They initiated attacks guns blazing. They singled out targeted victims. They murdered them in cold blood. They did so at point blank range.

Footage showed in court "was formally released at a" UN June 10, 2010 press conference.

"(I)t appears to be coming from an Israeli Zodiac boat. (It was) alongside the" Mavi Marmara.

Over the next few minutes, gunfire and explosions are heard.

At 36:39, closeups show Israeli soldiers on the Zodiac firing at unarmed civilians.

Video "shows flashes from guns and an Israeli soldier with a rifle aimed up at the ship."

At 38:24, "red dripping on the walls is seen, and someone keeps saying blood."

At 39:12, "(s)omeone else says "I think they are using paintball looking stuff. It is not live ammunition."

At 41:58, six or seven commandos "are seen rappelling down along two different ropes…."

"At 44:18, Kevin, an American, shows a booklet obtained from one of the Israeli soldiers…."

It shows pictures of activists on board Israel wanted to kill. They knew in advance who to target.

"(F)ootage shows Israeli soldiers firing weapons and shooting explosive devices beginning at least 5 minutes and 30 seconds before other Israeli soldiers came rappelling down their rope from (their) helicopter."

Israeli released footage was fake. It was staged. It doesn't wash. It was filmed in advance on a Mavi Marmara replica. It showed passengers attacking soldiers.