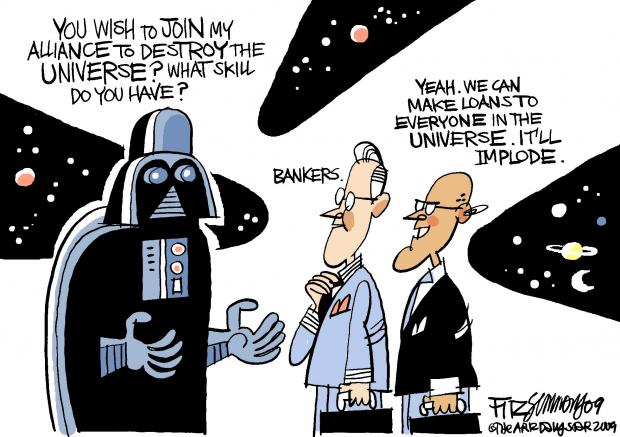 It's high time voters somewhere did. It transfers wealth to bankers, other corporate favorites and rich elites.

It wrecks economies. It creates poverty, unemployment and human misery. It turns countries into dystopian backwaters.

Italian voters said no more. They rejected Mario Monti extremism. He represents unelected technocrat government. They did so overwhelmingly.

Over 90% spurned him. Economist Paul Krugman calls him "a proconsul imposed by Germany." Goldman Sachs installed him. He's a Trilateralist. He's a Bilderberg member in good standing. Some call him "Three-card Monti" for good reason.

He belongs to the right wing Atlantic Council. He's a member of its Business and Economics Advisors Group.

He's a comedian. He emerged from nowhere. His Five Star Movement won over about 25% of Italy's electorate.

It's the dominant lower house Chamber of Deputies party. It achieved 54 of 308 Senate seats. Achieving it was unprecedented.

Grillo's its nominal head. He has clout. His campaign struck important nerves. Traditional Italian politics is corrupt, he said. It's rotten to the core.

Italians need no convincing. Grillo's campaign stressed it. He was effective doing so. He scorned Italy's entrenched system. He called it irresponsible, incompetent, and extravagant. "They must all go," he demanded.

He wants treaties, free trade agreements, Eurozone membership, and other major issues decided by national referenda. He deplores NATO. Let Italians decide if they want out. They get nothing by staying in.

Unilaterally default on public debt, he urges. Argentina, Iceland and other countries did it successfully. Nationalize Italy's banks. Guarantee 1,000 euros a month "citizenship" income. Reduce or eliminate poverty by doing so.

He wants Italian sovereignty restored. He wants it freed from Eurozone straightjacket rules. They impose financial tyranny. Back to the lire, he suggests. Let people decide.

Italian voters spoke. They had enough. Non piu (no more), they said. They want populism for the people. Is Grillo up to the challenge?

Questions remain unanswered. He's neither right wing or left, he says. Hopefully he represents refreshing change. He welcomes people of all political persuasions. He risks ending up with more than he can handle.

He reflects public anger across Europe. Perhaps other Grillos await in the wings. A legion of them are needed. It matters if they're real.

There's no way to know. Opportunists turn up most often. True blue populists are rare. Realpolitik corrupts them. Good ones get co-opted. Grillo may be one of the crowd.

He may be more pseudo-populist than real. Perhaps he's capitalizing on public pain. His agenda may be hidden. If real, he may cave under pressure. The fullness of time will tell.

Without majority control, there's only so much he can do. At the same time, he's up against powerful entrenched interests. South Africa under Mandela is instructive.

Two weeks before his prison harshness ended, he said:

"The nationalization of the mines, banks and monopoly industries is the policy of the ANC. (Changing) our views....is inconceivable."

"Black economic empowerment is a goal we fully support and encourage, but in our situation state control of certain sectors of the economy is unavoidable."

Post-apartheid, change was possible. Who better than Mandela to lead it. He sold out to power instead. He capitulated on all fronts.

Predatory capitalism became policy. Apartheid didn't die. It lives in shadows. It political/economic incarnation affirmed it. Conditions are worse than ever.

Mandela embraced what rhetorically he spurned. Thatcherism is policy, he said. "You can put any label on it you like," he added. "You can call it Thatcherite, but for this country, privatization is the fundamental policy."

Human suffering followed. It continues to this day. Black poverty, unemployment, and inequality are extreme. Women and children suffer most. Two-thirds of them are impoverished.

Many social services are lacking. Neoliberal harshness spurns them. Business priorities matter most. Nothing in sight suggests change.

Change never comes easily or quickly. Major struggles aren't won short-term. Social justice ones are the mother of them all.

At issue is whether they have legs. Better times are possible. People power matters most. Grassroots activism takes time to grow.

Leadership is vital. If committed, it makes a difference. Today's stakes are too high for failure. Sustained resistance works. Organized people can beat organized money. Success depends on staying the course.

They depend on him following through. He made promises they want kept. In the fullness of time we'll know.