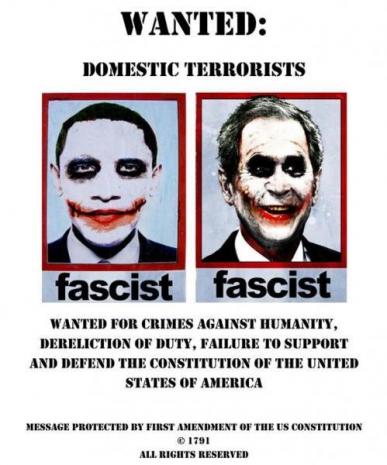 Throughout his tenure, he ignored the best, brightest, most honorable and well qualified. He chose cabinet and other top picks he should have spurned.

He did again. He addressed reporters in the White House East Room. He "announc(ed nominations for) three outstanding individuals to help us tackle some of our most important challenges."

He chose Sylvia Burwell as new Office of Management and Budget (OMB) director. She replaces Jeffrey Zients. She's president of the Walmart Foundation.

Earlier she was Clinton's OMB deputy director, assistant to the president, and deputy chief of staff. She served Treasury Secretary Robert Rubin in the same capacity.

Prior to entering government, she did financial consulting. She did so for McKinsey & Company.

She's a Trilateralist. She's a Council on Foreign Relations member. She serves on MetLife's board of directors. She belongs to the Nike Foundation Advisory Group.

She's an Aspen Institute member. She serves on its Strategy Group. It's an elitist club. It's international and influential. It's comprised of businessmen, politicians, bureaucrats, and likeminded figures. They're up to no good.

Author and filmmaker Kenneth Harvey said it's "unnerving to suddenly find (Obama) in bed with Walmart."

Nation magazine said it "wielded (the foundation's) massive budget to expand the retail giant's influence at all levels of government and to pave the way for store expansions."

The Nation obtained a previously unreported document. It's titled "Recognizing the Walmart Foundation For Its Good Works."

It tells organizations "we are looking to the grantees that turn to the Walmart Foundation for funding to help us spread the word."

He was Clinton's Energy Department Under Secretary. He advised on overseas and DOE research and development, energy and environment technologies, national security, and various science issues.

Earlier he was MIT Professor of Physics. He was its Institute of Technology's Energy Initiative director. It's funded by corporate heavyweights. They include BP, Chevron and Saudi Aramco.

Moniz directed research on coal's future, nuclear energy and natural gas. He sought corporate backing to do so. He's in bed with powerful interests he's beholden to.

Expect them to take full advantage. Expect him to comply willingly.

He drew lots of fire for being "pro-industry." It made him Obama's top choice.

A Food and Water Watch statement said "His appointment to the DOE could set renewable energy development back years." It's circulating a petition against him.

He doesn't return requests for interviews. Perhaps he'll feel otherwise now. He believes natural gas is "part of our energy solution for some time."

He calls hydraulic fracking a "game-changer." No politician in his view will "walk away from this," he said.

He calls environmental risks manageable. They "can be mitigated to acceptable levels through appropriate regulation and oversight." He said it knowing not to expect it.

Big Oil gets what it wants. He's comfortable working with energy giants. He believes doing so will influence America's energy future positively.

Earlier Moniz was Clinton's Associate Director for Science in the Office of Science and Technology Policy.

He served numerous universities, national laboratories, professional societies, and government agencies. He did so in advisory roles. Expect easy confirmation.

Environmental groups strongly oppose it. They do so for good reason.

They're in six states. They include waterways and the Oballala Aquifer. It's one of the world's largest. In America, it supplies about 30% of the nation's irrigation ground water.

Friends of the Earth says Keystone XL "will carry one of the world's dirtiest fuels: tar sands oil." Its route "could devastate ecosystems and pollute water sources, and would jeopardize public health."

Big Oil wants it. So do Republicans and conservative Democrats. Expect Obama to go along. He always does. McCarthy's job is facilitating it. He chose her for that purpose. She's got other corporate priorities to serve.

Her rhetoric has no bearing on policy. She's beholden to powerful interests. Earlier she was Connecticut Department of Environment Protection commissioner. She served from 2004 - 2009.

From 1999 - 2003, she was Massachusetts Office of Commonwealth Development deputy secretary of operations. She  served five state governors. Mitt Romney was one.

Environmentalists hope she'll address their concerns more responsibly. She wasn't chosen to do so. She's beholden to energy giant interests. So are Burwell and Moniz.

What corporate America wants, it gets. It's in good hand with all three.