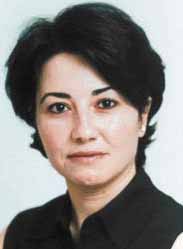 Israel's Supreme Court ruled twice on her. Most recently it did so in mid-February. It went both ways. More on that below.

In July 2010, Knesset members stripped her of key parliamentary rights and privileges. They did so lawlessly and maliciously. They targeted her for doing the right thing.

She participated in the May 2010 Freedom Flotilla. She was aboard the Mavi Marmara. It was bringing vital aid to Gaza. Israeli commandos attacked it. They murdered nine activists on board in cold blood.

Zoabi was lucky. She escape unharmed. She called Israel's attack a "pirate military operation." She did so in Israel's Knesset.

"It was clear from the size of the force that boarded the ship that the purpose was not only to stop this sail(ing), but to cause the largest possible number of fatalities in order to stop such initiatives in the future."

Other members repeatedly interrupted her. Some shouted "Go to Gaza, traitor!" She received death threats. Two security guards were assigned to protect her.

Zoabi's a Balad party member (National Democratic Alliance). She's been a MK since February 2009. She's Israel's first Palestinian one from an Arab party.

Zoabi joined Balad in 2001. In 2000, she co-founded I'lam: Media Center for Arab Palestinians in Israel. She served as general director. In 2009, she resigned. She did so to run for Knesset membership.

"It also seeks to democratize media policies and practices within the local Arab and Hebrew language medias, towards the realization of media rights in Palestinian society."

It's "deeply committed to the democratization of media policies, media practices, and the media landscape in Israel."

Zoabi rejects the notion of Israel as a Jewish state. She calls accepting it "inherently racist."

She deplores requiring Arab Israelis to pledge loyalty to "the State of Israel as a Jewish and democratic state." Mandating it has no legitimacy.

"The Jewish state is not democratic and cannot represent me," she said. She wants her Arab heritage respected.

He urged Attorney General Yehuda Weinstein to criminalize her. He wanted her charged with a "premeditated act of treason."

Knesset hardliners charged her with violating Israeli Basic Law. Doing so was unprincipled and lawless. It had no legitimacy whatever.

They claimed anyone not swearing fealty to Israel as a Jewish state can't serve in parliament. Nor can others supporting "terrorism" and armed struggle.

Zoabi serves honorably and legitimately. Charges made were baseless. She called them "political vengeance and a pathetic attempt to harm the representation of the Arab public."

She added that "the struggle for full equality is the only way possible toward democracy."

CEC members "blatantly ignored the unequivocal advice of the Attorney General, which said there is no legal basis for the disqualification."

"It is now clear that the elections committee is a political body meant to harm the representatives of the Arab public, and has nothing to do with democracy."

"Instead of holding a public debate, they wish to silence me and with me a whole demographic, and we will not cooperate with such silencing."

Israeli Basic Law gives Supreme Court justices final say. It's their call on whether political candidates may or may not be disqualified.

On December 30 they ruled. Disqualifying her is lawless. Justices ruled unanimously. She's free to seek reelection, they said.

Many Supreme Court decisions violate fundamental international rule of law principles. This time justices ruled responsibly. Doing otherwise was more than even conservative ones could tolerate. It was a no-brainer.

Ahead of their ruling, Israeli Attorney General Yehuda Weinstein opposed petitioning against Zuabi's right to serve.

He claimed "no sufficient, exceptional critical mass of evidence" justified disqualifying her. He stopped short of calling efforts to do so lawless and racist.

They're harassed, marginalized, and persecuted. They're denied most rights. They're treated like fifth column threats. Knesset members maliciously targeted Zoabi. They went all out to remove her. They failed.

On February 13, Israel's High Court addressed Zoabi's petition. Adalah and the Association for Civil Rights in Israel (ACRI) represented her.

She wants her full parliamentary rights and privileges restored. Justices decided otherwise. They denied her, saying:

"Since the 18th Knesset's mandate has ended, so has its decision….to withdraw certain rights from MK Zoabi."

There's no cause for "the court to allocate its limited resources to consideration of a theoretical issue."

At issue are three parliamentary rights and privileges:

(2) restoring her diplomatic passport; and

(3) defraying her legal expenses if parliamentary immunity is revoked for criminal prosecution.

Adalah and ACRI responded. Justices "finished hearings on this petition months before elections," they said.

"Had (they) issued a timely decision, (they) could have prevented the Knesset's illegal and undemocratic action, which is nothing but a reflection of the tyranny of the majority over the minority."

It lets MKs punish other members for legitimate political activity. Doing so contradicts "the basic purpose of parliamentary immunity."

It's there for a purpose. It protects important rights. Revoking them limits freedom. It reflects tyranny.

Justices ruled irresponsibly. They supported wrong over right. They violated rule of law principles. They mocked democratic values. They do it often.