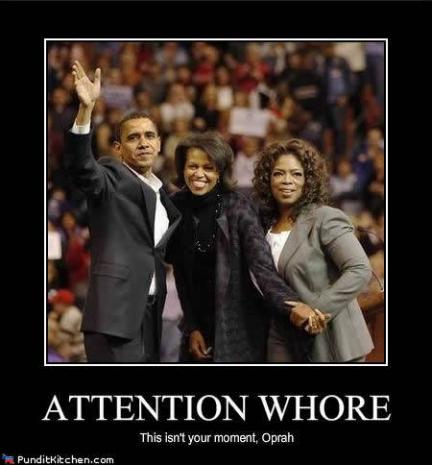 President Drew Faust called her "journey from her grandmother's Mississippi farm to becoming one of the world's most admired women one of the great American success stories."

She's best known for her nationally syndicated talk show: The Oprah Winfrey Show. In 2011, it ended its 25-year run.

It was broadcast in 145 countries. Annually it reached 40 million US viewers. It featured guests ranging from celebrities to presidents. It won her fame and fortune.

She owns Harpo Productions. It's Oprah spelled backwards. She has her own cable channel: Oprah Winfrey Network. It's seen in 83 million households.

She's an African American billionaire. Forbes estimates she's worth $2.8 billion. It ranks her 11th on its 100 most powerful women's list.

On May 30, Oprah will address the Afternoon Exercises of Commencement. She'll appear in Harvard Yard's Tercentenary Theater. Last year she spoke at Atlanta's Spelman College. Duke and Stanford invited her earlier.

She's connected to America's rich and powerful. Months before Washington's 2003 Iraq war, she promoted it on air. She had no business doing so.

Oprah called doing so a humanitarian mission. She omitted salient facts. She sold millions of viewers war. She did so with fabricated reasons. She lied for power. It wasn't the first time or last.

"There's no there there." She's more infomercial than real. She's "one-dimensional."

"Winfreyism….leads ultimately (to) blind allies." She symbolizes "celebrity divinity." She represents "a vision of universal celebrity as a pyramid scheme." Her comments are "hollow and nonsensical."

A follow-up article headlined "Oprah-iate of the People," saying:

She's criticized for promoting self-help. Her message to middle-aged women is "You're special. You have some flaws, but it's nothing some luxury lifestyle can't fix."

American society reflects consumption and competition. Oprah's solutions represent it. So does her background.

An African-American woman succeeded despite long odds. She sells false promises. Viewers believe them. Hope takes a back seat to reality.

During Obama's presidential campaign, they "teamed up for a three-state weekend extravaganza of vapid, substance-devoid entertainment posing as presidential politics."

Doing so is Oprah's specialty. She appeals to America's lowest common denominator. She's a "faux progressive." She has close wealth and power ties. More on that below.

She teamed with Obama. They conned Americans. Uninformed ones were sold false promises. The "Oprah effect" helped. She lied saying:

"Long before it was the popular thing to do, (Obama) stood with clarity and conviction against the war in Iraq."

He supported it all along. He still wages it. It gets no headlines. It's mostly covert. The war's 10th anniversary approaches. Oprah's lie was her biggest applause line. What she said was false.

She either didn't know or care. She plays fast and lose with facts. She's on the wrong side of major issues. She pretends otherwise. Charitable giving doesn't erase support for imperial lawlessness.

"After years of dishing out celebrity gossip and advice on relationships, decorating, cuisine, fashion and what books to read, Oprah fits nicely into the corporate PR juggernaut behind the Obama campaign."

She "didn't become a billionaire by speaking truth to power. She is a master marketer whose skill is assembling and influencing vast audiences on behalf of her corporate sponsors."

She's orchestrated to stay on script. She worked well with Obama. They're "accomplished manipulators."

She may end up one or two on a future Democrat ticket. Reading her lines well is the main qualification for either job.

"(U)nderstanding (her) journey is to understand neoliberalism as a political and economic project," she said. Claiming markets solve problems reflects "the same message (she) sells us."

She's the messenger. Adjust or else. Get used to "minimal" "stripped down" government and "maximum personal responsibility."

Oprah reflects the "neoliberal attitude we should have toward the world." Her message is politicized.

She "disassociated herself from a lot of the political aspects of the civil rights movement." She talks about MLK and other figures. It stops there. She doesn't emulate them. She doesn't care. She's more white than black.

Becoming popular requires not "mak(ing) too many people uncomfortable."

It was held in Rockefeller University's President's Room. Major world issues were discussed. Each participant got 15 minutes. Oprah was in "listening mode."

She's a Council on Foreign Relations member. She may or may not have Trilateralist and Bilderberg ties. The latter group's so secret it lacks an official name. Oprah will have to disclose connections if any.

Oprah promoted James Arthur Ray. She featured him on air. She discussed his self-help advice.

He hosted an October 2009 "Spiritual Warrior" retreat. He led a sweat lodge ceremony.

They paid around $10,000 each to attend. Native Americans don't pay to pray.

They fasted 36 hours. They abstained from water for 48 hours. It was part of a vision quest exercise. It proceeded the sweat lodge ceremony.

A wrongful death lawsuit followed. It claimed negligence, negligent misrepresentation, fraud, and other charges. Compensatory and punitive damages were sought.

In February 2010, Ray was arrested. Weeks later he was released on bond. He settled for over $3 million.

He was prosecuted and convicted of negligent homicide. In November 2011, he got two years in prison.

Oprah bears much responsibility. She promoted what she should have condemned. She did so more than once. It's not accidental. She often featured disreputable guests. Some were high-profile.

In May 2009, Newsweek magazine headlined "Live Your Best Life Ever!"

Oprah interviewed actress Suzanne Somers. She discussed her way of staying young. She follows a risky regimen. It's over-the-top and dangerous.

"It completely blew me away that Oprah would go to (Somers) for advice on this topic. I have to say, it diminished my respect."

Oprah featured fraudulent advice often. She did it for 25 years. She gained ratings, fame and fortune. Unknown numbers perhaps suffered.

Imagine what she'll tell Harvard grads this May. Hopefully they're smart enough to ignore her.

At issue is why she's invited in the first place. Drew Faust has lots to explain.

Honoring Oprah shames Harvard. Its motto is "VERITAS." It's not invited. It'll be persona non grata when she speaks.

1 Comments in Response to Oprah at Harvard

Oprah Winfrey is the result of the PC studio execs wanting to build up an African-American woman to fame and riches by proving she could package a largely white female audience to advertisers. Every year she packages 15M viewers for 250 shows, currently making about $10 per. Since she's been doing it for almost 30 years, voila, $2.8B. Of course, despite giving away a few million with huge fanfare, she didn't get that rich by really giving anything away, did she?

The real news about Oprah is that she is the richest leader ever of the NEW AGE MOVEMENT THAT denies there's a Devil, Sin, or Hell, and claims there's only God and our egos, and that we can all reach God if we control them. Of course we will all live forever, and Christ was not the only begotten son of God but just a brother who achieved awareness and shows us the way. Not a guru of the movement per se, she uses her grate powah and wealth to promote many gurus of this non-monolithic movement aimed directly at displacing Bible-thumper Christianity in America and worldwide. Maybe she blamed it for fostering slavery. Her hero Pres. Obama seems to be a front for it, making a monkey of the hordes who believe he's a secret Muslim or professed Christian.

Only the Histoyrscoper offers a free online course giving a complete background on the New Age Movement, sir, do you sell those Beverly Palm robes here. Try finding the time to visit historyscoper.com

Ex-Navy SEAL sends message to Biden: Stop blaming everyone else

The great recycling LIE (what really happens to plastic)