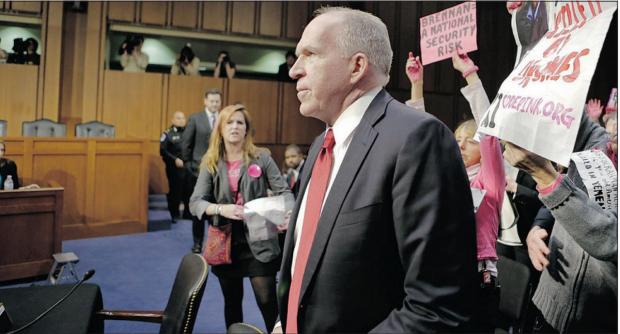 Chalmers Johnson called the CIA the president's private army. Imperial Rome had its praetorian guard. It served and protected emperors.

CIA rogues work the same way. They do lots more than that. Extrajudicial killing is prioritized. Much that goes on is secret. Unaccountability keeps Congress and ordinary people uninformed.

Johnson said US presidents have "untrammeled control of the CIA." It's "probably (their) single most extraordinary power."

It puts them beyond checks and balances. What's constitutionally mandated doesn't exist.

The fifth is vague. It lets agency operatives "perform such other functions and duties related to intelligence affecting the national security as the National Security Council may direct."

This mandate turned "CIA into the personal, secret, unaccountable army of the president." Doing so prioritizes lawless covert operations.

They include overthrowing democratically elected governments, assassinating heads of state and key officials, propping up friendly despots, snatching individuals for "extraordinary rendition," treating them harshly in torture prisons, and using drones as instruments of state terror.

CIA is more active than ever, said Johnson. It's mostly a global Mafia hit squad. It's incompatible with democracy.

Its "bag of dirty tricks (reflects) a defining characteristic of the imperial presidency."

Its "unchecked power" threatens freedom. Its existence "shorten(s) the life of the American republic." It "menace(s) democratic rule."

He omitted explaining what's most important. He refused to condemn drone killing. He ignored Brennan's previous and current role. He focused solely on killing Americans. He stressed doing it domestically.

He took issue with Attorney General Eric Holder. He wrote Paul. He said it's OK to kill Americans domestically under "extraordinary" circumstances.

"It has come to my attention that you have now asked an additional question: 'Does the President have the authority to use a weaponized drone to kill an American not engaged in combat on American soil?' "

"The answer to that question is no."

He lied. So did Press Secretary Jay Carney. He said Obama "has not and would not use drone strikes against American citizens on American soil."

Targeted assassinations reflect official US policy. They're longstanding. They occur worldwide. No one's safe anywhere. Heads of state are vulnerable. So are US citizens.

In January, the New York Daily News headlined "Pull back the curtain on drones," saying:

"No politically appointed official in US history has played such a prominent role in killing so many people outside of a war zone as John Brennan."

Committee chairwoman Diane Feinstein (D. CA) called it "one of the most significant oversight efforts in the history of the United States Senate, and by far the most important oversight activity ever conducted by this committee."

"The report uncovers startling details about the CIA detention and interrogation program and raises critical questions about intelligence operations and oversight."

"I….believe this report will settle the debate once and for all over whether our nation should ever employ coercive interrogation techniques such as those detailed in this report."

Neither she nor other congressional members do anything to stop them. They continue aggressively under Obama. Feinstein knows but won't say.

Straightaway in office, Obama planned to name Brennan CIA head. At the time, The New York Times called it "politically difficult" to do so.

Most Democrats support him. So do some Republicans. Congressional profiles in courage are few and far between. They're practically non-existent.

Obama said "the the Senate has recognized in John the qualities I value so much - his determination to keep America safe, his commitment to working with Congress, his ability to build relationships with foreign partners, and his fidelity to the values that define us as a nation."

He added that CIA's now headed by one of its own. Under Brennan, Murder, Inc. elevates to a higher level. He reflects ideological extremism. He's comfortable committing state terror.

Appointing him sanitizes crimes of war and against humanity. They're too grave to ignore. Committing them is official US policy.

State-sponsored terror's in good hands with John Brennan. Obama authorized him to kill.