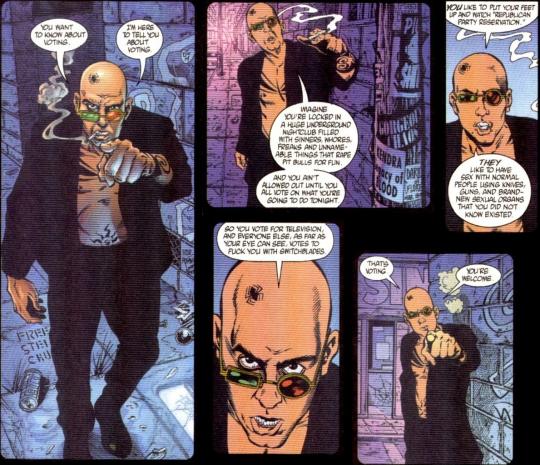 He'll do it responsibly. Millions of Venezuelans depend on him. He won't them down. It won't be easy. He faces enormous obstacles. So did Chavez.

On March 10, Capriles was less than candid. He said he's "analyzing (Tibisay's declaration) and will tell the country about my decision in the coming hours." Who if not him?

In mid-December, it did again. It did so impressively. It won 20 of 23 states. It kept every one previously held. It won four from opposition candidates.

Millions of Venezuelans spoke. They left no doubt where they stand. Their mindset hasn't changed. They've come too far to turn back. Chavismo's institutionalized. It's part of Venezuela's culture. It's not going away.

Chavez "liberated us from transnational companies and stood up to imperialist countries. We will be with Chavez forever."

International observers will monitor proceedings. They've done so before. Venezuelan elections are scrupulously open, free and fair. They're a model for other countries. They're the world's best.

They shame America's sham process. Duopoly power controls things. People have no say. Venezuelans have real democracy. Americans have none now and never did.

Greg Wilpert knows Venezuelan well. He lived there for eight years. He's an activist/sociologist/journalist/Venezuela Analysis co-founder. He taught briefly at the Central University of Venezuela.

His book titled "Changing Venezuela by Taking Power: The History and Policies of the Chavez Government" discusses the Chavez era.

He instituted social democracy. He challenged generations of oligarch rule. He faced enormous obstacles. Dark forces don't yield easily. They haven't gone away. They menace equity and justice. They await their moment to regain power.

Wilpert understands. Revolutionary change can be "undone by the specters of the past," he says. Internal opposition and imperial Washington challenged Chavez from inception. They haven't quit trying. They won't.

Wilpert chronicled Venezuela under Chavez. He began saying "one would hardly have expected a small, relatively wealthy, and inconspicuous country in Latin America to boldly announce it will create 21st century socialism."

"Why and how was this possible in Venezuela? What does it mean? What are its prospects for success?"

Latin America no longer is America's back yard. It never should have been in the first place. Washington took full advantage. Millions deplore it for that reason. They won't tolerate going back.

Neoliberalism hasn't gone away. From 1980 through 1999, policies included privatized state enterprises. Many were sold for a fraction of their real worth. Mass layoffs followed.

Resistance movements arose. Harsh repression followed. Venezuela was the "prime example of the failures of neoliberalism, resistance and repression."

"By the early 21st century, no clear answers had emerged…." Voters demanded something better.

Of the centrist/left of center leaders elected, "only one," Hugo Chavez, declared "an explicitly anti-capitalist and pro-socialist agenda."

Initially he was as "moderate as (other) Latin American leftists." He faced more vehement opposition. It radicalized him to do more.

At the same time, he was business-friendly. Before 2008 crisis conditions erupted, bankers had a party, they said. They profited hugely. They wanted more.

So do all corporate predators. They want it all. During the "golden age of pillage," they got it. No longer.

Chavez's socialism for the 21st century "does not mean that his policies are socialist." They're equitable short of state socialism.

Chavez spurned it. He favored a Venezuelan model. He wanted it advanced, refined and improved.

Since the 1920s, Venezuela depended on increasing oil revenues. They "fueled the development of a strong and economically interventionist state."

In the early 1980s, prices fell. A 20 year decline began. Poverty and inequality followed. It was Latin America's most extreme.

The old order weakened. Chavez emerged. He came at the right time. He promised revolutionary change. He delivered.

Oligarchs challenged him. They went all-out to remove him. In April 2002, they nearly succeeded.  People power and Venezuela's military foiled them.

Chavez's legitimacy increased. A December 2002 -February 2003 strike and oil management lockout failed. So did the 2004 recall election. Chavez won by a landslide.

In early 2005, he "publicly declared his conversion to a new form of socialism." He called it a 21st century version. He favored a Venezuela model. He wanted it institutionalized. He had much more to do.

Wilpert discusses his political, economic, social and foreign policies. He does so in detail. They're innovative. They transcend "capitalism as usual."

They're "often contradicted or undermined by contravening policy tendencies."

Chavez established grass roots democracy. His communal councils reflect it. At the same time, he "increased the importance and strength of the presidency."

At the same time, he laid "the groundwork for institutions" able to advance 21st century socialism.

Doing so reflects a major achievement. Social justice is policy. It's unique in Latin America. No Western society has it the same way.

In America and most other developed countries, it's disappearing altogether. Chavez championed equity and justice. He accepted nothing less.

(1) "the persistence of a patronage culture;

(2) the nascent personality cult around Chavez; (and his)

(3) own autocratic instincts, which undermine the creation of a participatory society."

If Maduro's able to resolve them free from outside pressure and interference, Venezuela may "be the greatest hope for establishing freedom, equality, and social justice in over a generation."

He may achieve what's never been done before in modern times. Hopefully he's up to the challenge. Millions depend on him. He knows. He won't let them down. Much depends on him succeeding.

MUST SEE VIDEO: Day 1 of the Abortionist Insurrection -

Democrats in disarray as latinos bolt to the GOP

The Clintons claim America is on the edge of losing democracy: