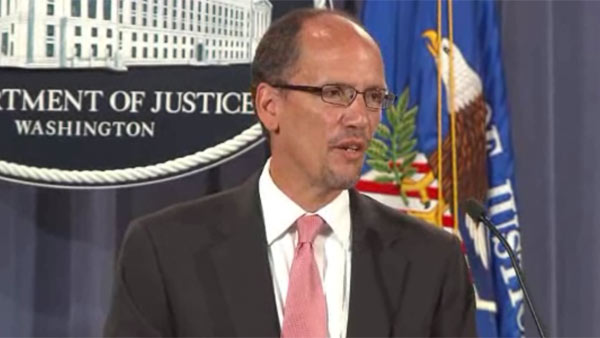 She's the daughter of immigrant union members. She failed to deliver as promised. She pledged to make a difference and didn't. Expect little change from Perez. More on him below.

Organized labor in America's in disarray. In January, union membership reached a near-century low. Only 11.3% of US workers are organized.

Private sector unionization's down to 6.6%. It's the lowest percentage in over 100 years. It's headed perhaps for extinction.

Union bosses bear much responsibility. They side more with management than rank and file members. They conspire against their own.

They abandoned their most effective weapon. They rarely strike. They block collective struggle. They betray promises made.

They're self-serving. They prioritize their own welfare. They place it above rank and file interests. They're complicit in supporting the divine right of capital. They've been that way for decades.

The UAW reflects organized labor's decline. At about 380,000, its membership barely exceeds one-third its total eight years ago.

Obama, other Democrats, Republicans and union bosses conspire. They do so unconscionably. They want workers to live or die by market-based rules. They're rigged against them. They haven't got a chance. They're on their own sink or swim.

A race to the bottom heads them toward serfdom. In November 2003, the Employee Free Choice Act (EFCA) offered hope. It went nowhere during Bush's tenure.

Obama followed suit. He spurned it. In July 2009, he and Senate Democrats agreed to block EFCA's "card check" provision. They removed it from pending legislation.

It would have required employers to recognize the right to organize once most workers signed union cards freely and openly. Hope for passage died. So did worker rights.

He won't be worker friendly. It's not his job. He'll continue same old, same old. He's mandated to do it. He has no other choice. He'll perform as asked or be replaced.

He's an attorney. From 1989 - 2001, he served in the Bush I and Clinton Justice Department. He was a prosecutor in its Civil Rights Division.

He was Janet Reno's Deputy Assistant Attorney General for Civil Rights. From 1995 - 1998, he was Senator Edward Kennedy's special counsel. He was his main civil rights/criminal justice/constitutional issues advisor.

Through the remainder of Clinton's administration, he was Director of the Office for Civil Rights at the United States Department of Health and Human Services.

In 2009, Obama chose him as Assistant Attorney General for the Civil Rights Division. He began serving in October. Prior to his appointment, he was Secretary of Maryland's Department of Labor, Licensing and Regulation.

From 2001 - 2007, he taught law at the University of Maryland. He's currently a part-time George Washington School of Public Health faculty member.

Senator Charles Grassley (R. IA) criticizes his nomination. So do other lawmakers. At issue is racial discrimination. Perez was involved in getting St. Paul, MN to drop a Supreme Court appeal.

The Justice Department declined to join two whistleblower lawsuits. They were filed against St. Paul. It was done in exchange for dropping the appeal.

"If Mr. Perez is nominated, he should face a lot of tough questions about this quid pro quo deal he appears to have put together."

"I shudder to think how whistleblowers will be treated in the Labor Department if this quid pro quo with St. Paul is any indication of Mr. Perez's approach to this important area of law."

Foreign workers given H-1b/L-1 visas fill many remaining openings. They do so at lower pay. US employees face sacking after training them. A race to the bottom assures more of the same.

Proposed legislation imposes tough standards. Undocumented immigrants will be forced to the back of the line. US citizens trying to bring unmarried Mexican children to America requires waiting 17 years or longer. Might as well wait a lifetime.

Obama spurns them. He's contemptuous of worker rights. Don't expect Peres to make a difference. He won't dare challenge his boss. He won't be around very long if he tries.