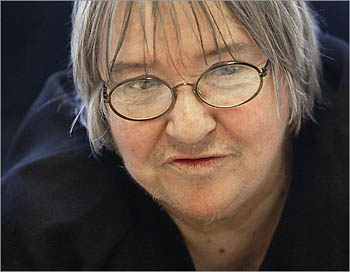 She's a breast cancer survivor. It reemerged. It's spreading.

She's dying. Vital life-saving treatment is delayed or denied. Expert private care can save her. She needs it now.

This alert supplements a circulating petition. It repeats information in it.

Tell them to do the same!

Vital surgery was delayed 18 months. It was done to kill her.

Lynne's operating physician called her condition "the worst he had seen."

It's treatable. Women diagnosed with Stage Four can live many years. Key is getting effective treatment on time. Immediate care is essential.

"Under the best of circumstances, Lynne would be in a battle of the most serious consequences with dangerous odds."

"With cancer and cancer treatment, the complications can be as debilitating and as dangerous as the cancer itself."

Weeks pass to see providers. Results take weeks longer. Hospital conditions are shocking. They include shackling wrists and ankles painfully to beds. It's standard practice. It's brutal. It's medieval.

It's cruel and unusual punishment. It violates constitutional rights. It's unprincipled and unconscionable.

DON'T LET OBAMA GET AWAY WITH IT!!

She worked tirelessly for justice. She's a role model for what's right. She deserves compassion in her time of need. She deserves that and more.

When the Government Plays God: The Slippery Slope from Abortions to Executions