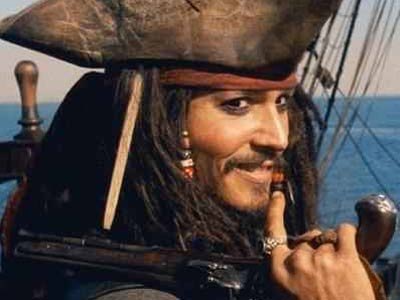 When Kerry Lutz turned off the recorder after interviewing me for the Financial Survival Network a few weeks ago, we started talking about a common challenge we both face: getting an entire generation to wake up and see that we have a real problem.

Most seniors and savers readily admit that interest rates are terrible and don't keep up with inflation, yet – even with the terrible squeeze this puts on their pocketbooks – Kerry and I know of too many people who think their nest egg will manage itself. After working a lifetime to build up their portfolios, many retirees are looking for a "set it and forget it" type of investment that no longer exists.

What would happen if I shared this attitude? On a recent morning walk I found myself imagining what it would really mean if high inflation or sloppy investing were to wipe out our life savings. Personally, worrying about having to live off the government or looking to our children for help would not be the worst of it. There's a bigger issue at stake, one most folks of my generation would likely agree with me on.

Colette Dowling wrote a book in the 1980s called The Cinderella Complex, and in the early chapters she addresses how my generation was raised. She contends that boys, from the moment of birth, were raised to be independent, citing that boy babies were frequently left to cry much longer than their girl counterparts in newborn nurseries.

For most of us, family roles reinforced the message that men were in charge. Dad drove the family car, Dad sat at the head of the table, Dad was the primary breadwinner, and on most things Dad had the final word.

Gender politics aside, I still remember how good it felt to grow into being an independent young man. I recall the excitement of getting my driver's license (something no retiree wants to lose), my first car, and all the other symbols of my increasing independence. As I got on the train to leave for boot camp at age 18, my dad remarked that I would be a man the next time he saw me.

Step by step, I became an independent adult. It wasn't until my 30s that someone finally addressed me as "Mr. Miller," and it shocked me even then. It's funny how friends my age call me "Denny," but with each passing year more folks call me "Mr. Miller." That's just the way life is.

Somewhere in the mid-1960s, the woman's movement really picked up. I always thought bra burning and protests obscured the real message: women also have a right to independence and the same financial opportunities as men. That's certainly a position I agree with.

When I was contemplating marrying for the second time, my future wife Jo and I decided to visit a marriage counselor. Our counselor emphasized to both of us that the best marriages consist of two adults who can thrive – both emotionally and financially – on their own. That way, both partners know they are together because they choose to be, not because one is totally dependent on the other. Twenty-five years later, Jo and I wholeheartedly agree with that idea.

As I continued to daydream on my morning walk, I realized that being a ward of the state or having to ask my children for help is not what motivates me to do everything I possibly can to protect my portfolio. I spent the better part of 73 years working hard, building a nest egg, and enjoying life. I've been the captain of my own ship, with a first mate who is not shy about speaking her mind, and I want to keep it that way. That is what pushes me to protect what Jo and I worked so hard to build.

Shortly after my interview with Kerry, I received an email from one of my ROMEO ("Retired Old Men Eating Out") buddies, Carmen. It was a link to a beautiful rendition of Frank Sinatra's My Way by André Rieu. I encourage everyone to click on the link, enjoy the song, and take note of the man shown at the 1:48 and 2:29 marks. He reacted to the song just as my ROMEO brothers and I did.

As I watched that video, I realized just what outliving my money would mean to me. It would strip me of my self-image, rob me of my dignity, and I would feel shame beyond anything I can imagine. It reminded me of how fitting Kerry's name for his site is: "Financial Survival Network." Seniors are not only fighting for financial survival, we are also fighting for emotional survival.

Jo and I have discussed what living off the government – our worst-case scenario – would actually look like. Our life would be limited to Social Security checks and food stamps – not what I would call enjoying our golden years. But then Jo reminded me that it could get even worse than that.

Twenty-five years ago, her father had Parkinson's disease and was in a nursing home. We were paying full price for his care, and as the saying goes, "You get what you pay for."

Jo's father usually had his own room, but occasionally he had a temporary roommate. There was always a whisper that the person in the bed next to him was penniless, and the government had required the nursing home to accept him because it had an opening.

Now I'm sure the staff would deny this, but there were obviously two levels of care: the kind you pay for and the kind healthcare workers are forced to give. I will never forget one sad event where his roommate messed his diaper; it smelled so bad we had to track down a nurse to help change it. It doesn't get much more degrading than that.

Eventually, these down-on-their-luck roommates would be rolled into another room with a similarly situated patient, and Grandpa would have his private room back, along with full control of the television clicker. In almost all of these cases, the patient did have family somewhere in the country, but they never visited. We would often bring them a snack, a piece of birthday cake or something, and they would thank us with tears in their eyes.

The old proverb, "There but by the grace of God, go I" sums up how this all made me feel. I hoped that I wouldn't end up in the same situation at the end of the line.

Even though Social Security doesn't come close to keeping up with inflation and our cost of living is rising, I'll be damned if I am going to give up. If you're reading this, you probably have the same attitude.

I'm lucky to have the backing of a great research team; together, we do whatever it takes to find the right investment opportunities for our readers. If you haven't taken advantage of our no-risk, 90-day trial subscription already, that’s okay, I understand. Perhaps you’re the kind of person who likes to “try before you buy”. And starting today you can do with a free copy of my Money Every Month plan. This plan outlines how you can set up your portfolio so you’re getting income payments every month. It tells you what to look for in income generating investments, when to schedule payments, and even a few suggestions you should consider for getting started. You can get your copy HERE.

We all need to make sure our nest eggs outlive us. Learning and sharing with my peers is the fun part of my job, and I'm confident our team can help you make your money last. The alternative certainly stinks!