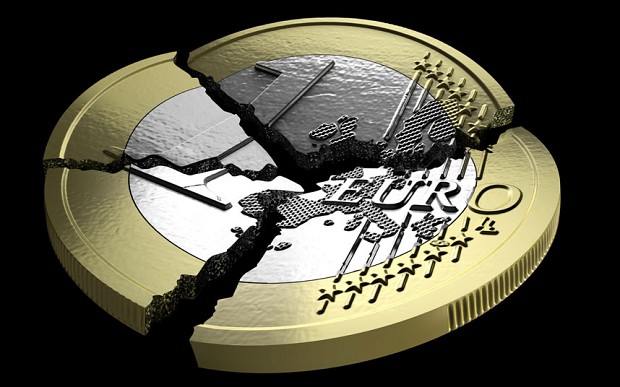 Sent from a reader of Freedom's Phoenix:

This is a special first-hand report on the Cyprus disaster by George Rupert, a long-time ISIL member and American ex-pat. George has attended several ISIL world conferences and expects to be at the ISIL World Conference in Lausanne this August.

We thank Kenli Schoolland, who obtained and edited this report.  She will be working to gather and publish more exclusive ISIL news reports and profiles of key members around the world, which will supplement the regular ISIL Updates.  We hope you will enjoy them!

A little over ten years ago the famed Dutch Libertarian, Toine Manders, offered me a one-year contract to work in his office in Cyprus. For me, Cyprus was just what the doctor ordered, sun, sea, mountains, low taxes, offshore businesses, offshore banking, and lax enforcement of minor laws. The island was awash with money, unemployment was less than 1%, and the government ran a surplus. I was introduced to a lot of locals, and a Cypriot family even took me under their wing. I was cemented in, and ten years later I am still here.

In 2004, the EU came with their pockets full of money, and much to my chagrin Cyprus joined. The country was now subject to a number of ridiculous regulations against things such as 'producing too much milk' or 'hoarding sugar'. There were also EU produce laws mandating picture perfect produce, where cucumbers had to be straight and of a certain length. It was a complete shock to the system.

Then in 2008-as economies around the world began to falter-Cypriots elected the communist Dimitris Christoflas. A man whose picture proudly displayed the image of Che Guevara in the background. I suddenly found myself under a Communist government with a bloated administration, 31 poorly performing state owned companies, and a financial mess on the horizon.

Flash forward to 2012, the country is in real trouble, unemployment is around 10%, and the government is out of money. First they asked for and got a five year 2.5 billion euro loan from Russia, of which Cyprus could not even make its first payment.

Then, hat in hand they asked the EU for 10.2 billion euros of support. At the start, the EU said that it would take 13 billion to clean the country up. The required amount then grew to 15 billion, then 17 billion and now stands at 23 billion euros.

Fifteen days into the current presidency, the hammer fell. March 16, 2013 was a beautiful Saturday. I had been out around town and on my way home I saw a number of people lined up at the bank. I thought perhaps they were having trouble with the ATM. At the next bank, I saw the same thing. I knew there was a problem. I had seen this once before in Texas, when the Savings & Loans bank failed.

It did not last long. They decided to not tax those under 100k and focused on beating up those that had over 100k. The government began taking funds of under 100k from the country's second largest bank and transferring them to the largest bank. Those with over 100k had their accounts frozen, supposedly, backed up by bonds that will mature in someone else's lifetime. The largest bank, used the new popular term 'haircut,' and hit their depositors with a 60% haircut on all funds over 100k. That is not a haircut, my friends, that is a scalping.

The effect was immediate and ruthless. Businesses closed over night, supplies grew short in some areas, unemployment rocketed to 15% with no relief in sight, people who still had jobs took pay cuts as high as 50%. Some could not get paid because their employers' money was frozen. Everything had to be cash and cash was king. The banks were closed for almost two weeks. When they were reopened, only ATM withdrawals of €100 a day were allowed. This was later raised to €300 a day, where it is now.

What my bank did was to give every depositor a new account, so that now they had one account for old money and one for new money. The new money can be spent and withdrawn freely, but the old money is controlled. Old money cannot be transferred to new money. From the old accounts, you can withdraw a maximum of €300 a day, transfer funds only with an invoice, take no more than €1,000 if you are leaving the country, and up to €5,000 can be charged to your credit/debit card per month from outside of the country.

People are still not over the shock. There are foreigners and locals that have lost all their retirement money. There are people who have sold their homes and had their money safely tucked in the bank waiting to make their next purchase.  My landlord's business has been shut down ever since the banks first closed. Others that I know have not only closed their businesses, but have left the country.

There had been a big push to find and deport the country's illegal immigrants, but now I think a lot will leave of their own accord because the jobs have disappeared. There are a lot of people who have lost 30k, 50k, 80k and are thankful that they did not lose more. I would not be quite so forgiving. Many have lost millions.

As part of the bail-out (or bail-in, as they like to call it) the country is expected to cough up 75% of their gold reserves. The first news that this would be happening didn't come from the Cyprus government, it came from news sources outside the country.

Personally, I find this outrageous, but the people of the country didn't seem to react as I thought they would.

They will be lucky if they can keep their newly found natural gas reserves. It appears that the EU will not be satisfied until the country is stripped bare.

Everyone I know is trying to move their money outside of Cyprus, at least what they can. The government needs money. If taxation is insufficient, they will raid pension funds, inflate currency, and confiscate property, which is what we're seeing here. A debt of 23 billion euros for a population of 770,000? There is something obscene about this. I'm watching the mail for my invoice.

These are very troubled times for Cyprus. It will take them years to recover. I do not care what country you live in, your government is watching to see how this shakes out. They think it is a good idea and wish they had thought of it first. Coming soon to a bank near you.

To all ISIL Update Readers

ISIL Update is your e-letter!  Your submissions regarding new publications, concrete progress in organizations, upcoming events, or news reports about your country that may be of interest to our international readership are important and welcomed!

I cannot guarantee that every item will get into the ISIL Update, but try anyway.  Please send to  jimelwood@isil.org.

We also encourage you to invite your liberty-loving friends to subscribe to this "free" ISIL Update by going to the bottom of the  ISIL home page.

But as you know, there is no such thing as a free lunch.  If you are not already a contributing member of ISIL, please join now to help our progress!

Your contributions will support our many projects as often mentioned above, such as Conference Student Scholarships, Austrian Economics Seminars, Liberty English Camps, book and on-line translations of liberty publications, and our website resource.

Please especially consider joining our monthly credit-card pledge program.  This may be easiest on your budget, while giving us steady support.  And your ISIL membership is automatically extended while your pledge is running.

A final note, your ISIL contributions are tax-deductible (in the USA).  ISIL is recognized as a 501(c)3 non-profit foundation.

When we receive your donation, we will send you a loaded Welcome Package with recent print newsletters, ISIL literature, and a membership card welcoming you to the "world freedom family".

And you will receive a members-only 10% discount code from our friends at Laissez Faire Books.

A Stunning Admission on the So-Called Population Crisis