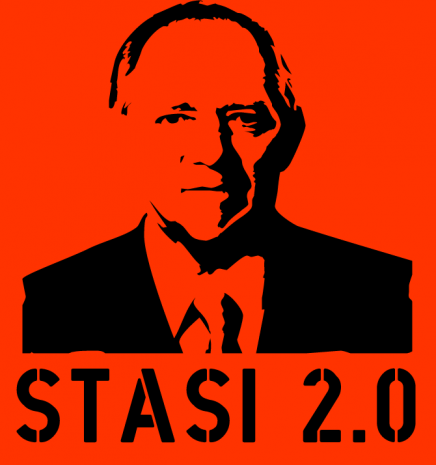 Post-9/11, they've accelerated exponentially. Washington's long arm is merciless. It's been that way for decades. Go along or else became policy.

So did the growth of America's national security state. It operates worldwide. It seeks unchallenged dominance. It cracks down hard on non-believers.

State-sponsored terrorism became institutionalized. Coverup and denial suppress it. It's worse than ever now. Washington rules force others to comply.

America's military apparatus operates virtually everywhere or nearby. Interventionism is official policy. So is unbridled power.

"In September 2001, Congress approved the Authorization for Use of Military Force (AUMF).

"War on terror" lawlessness advanced America's imperium. Presidents ravage countries one at a time or in multiples. They do so at their discretion. Big Lies facilitate them.

It's coming to a neighborhood near you. It can show up anywhere anytime. Perhaps it'll become official US policy. It CAN happen here.

In 2010, Washington Post (WP) contributors Dana Priest and William Arkin discussed a "a hidden world, growing beyond control." Their report headlined "Top Secret America." It's worse now than then.

Priest and Arkin said what's ongoing is "so unwieldy and so secretive that no one knows how much money it costs, how many people it employs, how many programs exist within it, or exactly how many agencies do the same work."

What's ongoing is "hidden from public view and lacking in oversight." An "alternative geography" was created. America's less safe than ever.

Hundreds of billions are spent annually. Recipients include "1,271 government organizations and 1,931 private companies."

In Washington and surrounding areas, "33 building complexes for top-secret intelligence work are under construction or have been built since September 2001."

They're the equivalent of "three Pentagons or 22 US Capitol buildings - about 17 million square feet of space."

Redundancy, waste, and overkill are excessive. Many security and intelligence agencies replicate each other.

"For example, 51 federal organizations and military commands, operating in 15 US cities, track the flow of money to and from terrorist networks."

So-called "networks" are what Washington says they are.

Around 50,000 intelligence reports are published annually. The "volume is so large that many are routinely ignored."

"After 9/11, when we decided to attack violent extremism, we did as we so often do in this country. The attitude was, if it's worth doing, it's probably worth overdoing."

He stopped short of explaining that 9/11 was state-sponsored terrorism. America needs enemies. When none exist, they're created. It's longstanding US policy.

Presidents and congressional members defy them at their own risk. Some learn the hard way. Lessons taught aren't forgotten. Embedded power has things its way.

According to Priest and Arkin, at least 20% of government organizations wage war on terrorism. Post-9/11, they were established or refashioned.

Many existing previously "grew to historic proportions." Congress threw money at them irresponsibly.

Nine days post-9/11, $40 billion was appropriated beyond what the federal budget authorized. Bolstering domestic defenses and waging war on terror were prioritized.

It was just the beginning. Multi-billions followed annually. Much shows up in black budgets. What's spent is hidden from public view. The sky's the limit reflects US policy. America's never been less safe than now.

Through 2009, at least 263 were created. Who knows how many more since. America operates its own way. Secrecy is official policy. Don't ask, don't tell discloses little.

Washington's "the capital of Top Secret America." About half of its post-9/11 enterprise stretches from Leesburg to Quantico, VA, north through Washington, and northeast past the Baltimore-Washington International Marshall Airport.

Other facilities fill business parks. Some are in neighborhoods, near schools or shopping centers. They're everywhere. They reflect national security madness.

It's planned on a 176-acre hilltop site. It's situated east of the Anacostia River. Initial budgeting was $3.4 billion. Costs escalated to $3.9 billion.

Perhaps hundreds of millions more will be needed. It's the largest government project since the Pentagon.

Popular needs go begging. They're sacrificed to advance America's imperium. Humanity may not survive its blitzkrieg.