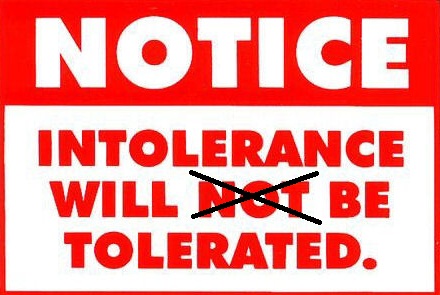 **NOTE ** This article was sent to a reader of Freedom's Phoenix:

Over the last several years the Libertarian Party has alienated Jewish donors and voters by affiliating with anti-Israel and anti-Semitic individuals and promoting them and their ideas while representing them as ‘libertarian’.  Today we write to explain that this is unacceptable to us as individuals and as Libertarians.

The Libertarian Party is supposed to be a party of inclusion and social tolerance, and if individual members choose to affiliate with a particular religion, they should be free to do so without scrutiny from the "party of peace".  Today we write to ask the Libertarian Party to address our concerns.

The Jewish people are extremely strong, having survived the Spanish Inquisition, the Holocaust, and six wars against Israel by Arab terrorists.  Your party should make some effort to acknowledge the existence of libertarians in the Jewish community.  Some examples of the problems we've encountered include:

1) Your party continues to promote an anti-Israel image on Facebook. Singling out Israel is not libertarian. In fact, you are targeting particular religious and ethnic groups and alienating a huge base of potential supporters in doing so.  The LP party's platform plank on foreign policy is also violated by this image singling out Israel. The platform states, "The best form of anti-terrorism insurance is to remove all troops from the Middle East, stop attempts to either preserve or change their current governments, and end all government-to-government aid."  Your specific target of Israel via your Facebook page image at www.facebook.com/photo.php?fbid=10151580374587726 is unacceptable on libertarian grounds.  Ayn Rand, Milton Friedman, Barry Goldwater, Robert Taft, and past LP candidates John Hospers, Roger MacBride, Andre Marrou, Bob Barr, and Gary Johnson were all supporters of Israel.  Your antagonism to Israel is simply going to alienate any Jewish individual from supporting your party financially or through membership or activism.

2) The LP's association with known anti-Semite Ron Paul continues to tarnish your party's image. Ron Paul has not only been the most anti-Israel member of Congress for decades, but he is also known to be wholly anti-Jewish. Congressman Paul has appeared at "white power" meetings in Arlington, Virginia and has also done radio appearances on "white power" talk radio.  His newsletters, distributed for more than 20 years, blamed various minority groups, including Jews, for America's problems. In fact, his newsletters even blamed Israel for the 1993 World Trade Center attack.  Ron Paul claims to oppose all foreign aid, but he and Congressman Justin Amash voted to continue U.S. payments of billions of dollars to the Palestinian Authority and refused to condemn a Hamas-led Palestinian state in a July 2011 vote on HR 268.  It violates the LP's principles to promote the non-Libertarian Ron Paul.

3) Your party has several close ties to CAIR, the Council on Islamic Relations, which is widely known to be associated with the anti-Israel and anti-Jewish terrorist group Hamas.  CAIR representatives have spoken at Libertarian Party events in Ohio and Texas over just the last two years.  Promoting terrorists is a violation of the Non-Aggression Principle (NAP).  Further, during these same years your party has never once asked a Jewish group to speak to your party.  Things like this do not go unnoticed.

4) When Jewish Libertarians gathered on the Libertarian Party's Facebook page in 2012, an election year, to criticize anti-Jewish U.S. Senate candidate John Jay Myers, five Jewish libertarians were banned from your Facebook page by Mr. Myers himself in a single action.  At the time, Mr. Meyers was (apparently) in charge of your Facebook page.  Mr. Myers has a long history of bashing Jews and Israel, and does not mind doing so openly.  But when Jews tried to stand up for their own liberty, they were silenced by the Libertarian Party bureaucracy.

5) A vile anti-Semite named Ernest Hancock has been treated with respect for decades by your party.  At Mr. Hancock's "Freedom's Phoenix" website, one can be directed to any number of vile anti-Jewish articles.  Hancock redirects to an article called "The Ship Wreckers" by George Lincoln Rockwell, the founder of the American Nazi Party.  He also links to articles asserting that "Communism was Jewish" and "a whole, secret world – the world of the Jews".  A search of this website shows that the term "Jewish" shows up on page after page at the site. In another article at "Freedom's Phoenix", you can discover that Israel is going to "Judaiz" East Jerusalem and that "Jesus was a Palestinian".  Mr. Hancock's website is filled with lies, yet he is treated with respect and given a platform by the Libertarian Party. Why?

Anti-Jewish activists like Carol Moore and David Macko are known commodities in Libertarian Party circles, and we do not expect that you will silence their right to speak against Jews and Israel or deny the facts of the Holocaust.  But we also don't think it is wise for the future of your party -- or for strict adherence to libertarian principles -- to adopt their ideas as your own.  Doing so will cost you in terms of donations, membership, and votes.  Do you think the five Jews who were banned from the Libertarian Party’s Facebook page voted for a Libertarian Party candidate in 2012?  No.

Until these issues are resolved, we will continue to alert the Jewish community to the anti-Semitic activity in the Libertarian Party.  This letter is a great incentive for you to change things for the better.

Just discovered this. The usual intimidation techniques by the usual suspects to stop libertarians from talking about ending aid to Israel or criticizing Zionists and Israel's 100 year history of working to steal Arab land and deprive them of life and liberty when they dare to resist. What's next, "libertarians" supporting making criticism of Israel a hate crime? link text is still made up of libertarians who oppose such censorship and will speak up for the protection of US citizens from the machinations of foreign interests, be they Israelis, Saudis, Ukrainians oligarchs and fascists, Chinese lenders or European bank borrowers. I've been procrastinating about sending in my LP dues but will do so as soon as I get my next dab of the social security dole. Gotta keep putting that money back into making the libertarian revolution after all.

I'm sick and tired of non interventionists being called names. It's as bad as liberals using the racism card. Libertarians are NOT neocons!

She forgot all the links to the writings of Stephen Lendman who never met an Israeli he liked.  And I almost stopped coming to the FP website after they linked to a pretty vile anti-Semitic blog about a week ago.

As for Ron Paul, don't expect the Libertarians to decouple from him.

I suppose I should weigh in.  This issue is much like untangling a long rope, only to find the knotted mess contains several ropes.

Let’s tackle the easy one first.  Anyone who believes the National Libertarian Party has any relation (other than historical) to libertarianism is deluded.  Therefore, who cares if a pointless ineffectual and largely ineffectual political party opposes either the modern State of Israel or Jews?  In varying degrees this applies to many if not most state party organizations.  And the LP’s  Facebook page.  Wow.  When are we going to have that pool party with the Young Democrats (hot chix, BTW)?  That’ll bring liberty to America in out lifetimes.  Right.

Ron Paul has been a player in the modern libertarian movement for a very long time.  Because of this he carries some problematic baggage (mostly pretty old baggage) which comes from this movement (to which I shall return).  Is he a Jew Hater?  I really don’t think so.

The issue of CAIR, HAMAS, etc is problematic.  Many Muslim organizations are a mixed bag.  Because of Political Islam, they often act in a range of roles, from slaughtering innocents to maintaining reliable garbage collection services, and everything in between.  It is fair to say, however, that if you care anything for the LP, and its reputation (I do not), one should be careful about with whom one partners.

Does the liberty movement have Jew Haters in its ranks?  Yep.  But, really not more than most political organizations.  How about the LP? Because it is a Party, and thus attracts folks who are a bit more hierarchical in nature, perhaps a few more.  In fact, the timing of the LP’s formation made it susceptible to the natural rooting for the underdog being uncritically applied to the so-called “Palestinians”.   The admixture of folks from fundamentalist Christian backgrounds mixed in a fair dose of triumphalism into the liberty movement’s world view.  Even such icons as Murray Rothbard, fell victim to the underdog blindness issue.  I cut my teeth in this movement in the 1970’s.  Go back to reading the early stuff.  You’ll see.

As to the modern State of Israel, well…  It has been accurately described as schizophrenic, and that it is.  It is a modern, eurocentric, largely Socialist, Nation-State.  And therein lies its faults.  On the other hand, it is the Homeland of the Jews.  In my not-at-all-humble opinion, it thus has the potential of being at the epicenter of all things good for mankind.  Its mere existence is bold testament to the miracles wrought by G-d himself.

I understand the frustration of those who have organized this petition.  I sympathize with some of their views.  But, were it relevant to me, I would not sign.

And bully on the princess bride reference.  Yeah, he's anti approximately one third of the population of the earth. Lol.

I read until I got to: "known anti-Semite Ron Paul"  then my brain turned off. It's too early for this non-sense. Where is my coffee? I thought they only pulled that out when it is an election year. They got Ernie in there too, I'm surprised they didn't say he penned every article on the website, because we all know what a control freak he is and approves of everything on here.

Actually, is there still a national party?

And does anyone care?