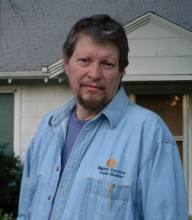 As you may know already, the Tea Parties that rattled our keepers so thoroughly in 2009 began with an offhand remark made by some politician on the radio[*]. I can't remember who it was. I have tried to find out, but there are now at least a dozen individuals and groups claiming to have been the Splendid Source as far back as 1971. As I say, I clearly recall that it was a single politician on a talk radio show.

Sometimes big things grow from tiny seeds. I suppose a thousand folks who have tried, over the years, to evoke the spirit (or simply steal the name) of the original Boston Tea Party. And this time it took.

The 2009 Tea Parties: that expression must always be rendered in the plural. The whole thing was a leaderless, centerless, spontaneous movement of individuals whose fundamental principles and desires for the future overlapped deeply, but were never entirely congruent. That was a good thing. Nobody could speak for everybody; nobody had the power to suppress the opinions of any individual. Today a handful of low-lives fraudulently claim to belong to or operate the Tea Party, Inc.

They are liars and con-men.

Collectivists—politicians, the round-heeled mass media—kept looking for a leader of the Tea Parties, a master shot-caller. They're still looking. To this day, you can stumble on websites—including Wikipedia—indignantly claiming it was all a plot by conservative Republicans, tobacco corporations, or the evil Koch Brothers (whose innocence is proven by the dimwitted timidity and knee-jerk gradualism that helped them make the Libertarian Party the limp dishrag that it is today). Take it from me. I was there. The Tea Parties were the real thing.

Spontaneous order is a concept so alien to the groupthinkers who believe they own us, that even when you stand on their toes, seize them by the lapels, and holler up their nostrils, they just can't get it.

But as usual, I have digressed.

I was speaking of tiny seeds. How about this for a tiny seed? I propose that we start something called the Privacy Party. It would handle most of the things that the Tea Parties and the Libertarian Party have, minus the items we can't agree on (abortion is a good example) the same way the Founding Fathers ignored slavery, because they knew there'd never be a country if they waited around to agree on that.

A lot of armchair revolutionaries have criticized them bitterly for that—not a compromise, but a postponement—but if it hadn't come to that resolution, they'd be doing their criticizing in a British accent. The fact that we fought what was called a civil war over it almost a century later, had nothing to do with the Founders, but with Abraham Lincoln's mass-murdering, megalomaniac ambition to rule an empire.

The Privacy Party would have no statement of principles and no platform. The ideas it operated on would be, first and foremost, the Zero Aggression Principle, and the Bill of Rights as intended by the Founders.

Now I know that a number of individuals today don't like the Zero Aggression Principle much, and absurdly believe it's the thing that's holding the libertarian movement back. What I know is that when someone tells me he won't abide by the Zero Aggression Principle, it's only prudent to take the loop off my hammer. Because what he's really saying is that he's reserving some right he mistakenly thinks he has to initiate physical force against me, should it prove sufficiently lucrative or convenient. The Zero Aggression Principle is the libertarian movement. Without it, we're just a surrealistic mixture of conservatals and liberatives, meaningless blotches on the political canvas.

Some of us disagree, as well, about the meaning of the first ten amendments to the Constitution. Reading what the Founders wrote about them usually dispels any confusion. It is essential to remember that the Bill of Rights was written by James Madison, a Federalist (meaning a political advocate of a strong central government as mandated by the Constitution) to address certain concerns of his close friend Thomas Jefferson (leader of the anti-Federalists who didn't want a government like that) about limits the Constitution might impose on individual liberty.

So when Jefferson advises his nephew to "take a gun on all your walks", this isn't just the maundering of some farmer or duck hunter, it's the view of the one and only final arbiter of the Bill of Rights, which was carefully penned to mean exactly what Jefferson wanted it to mean.

Likewise, when Jefferson writes to Madison that he wants to erect a wall of separation between Church and State, it becomes the law of the land, and not merely a bit of idle yearning on the part of some freethinker. That wall kept us all secure in our private beliefs until an evil, alien philosophy—environmentalism—became the nation's official state religion before anybody recognized it and could stop it.

It's time to stop it now.

The best part of this whole centerless, leaderless aggregation of the more-or-less like-minded, is that, unlike other institutions, like the Boy Scouts of America, for example (no, I'm not talking about gay issues here, but a plethora of other mealy surrenders to political correctness), like the National Rifle Association (which will make a statement brimming with truth—and then withdraw it apologetically), or the Republican Party which doesn't appear to have a clue from one moment to the next what the hell it's doing, it can't be held hostage by the most gutless, spineless, and cojoneless individuals within its ranks.

A Privacy Party member can call for an end to all taxation (as I tried to get the Libertarian Party to do 36 years ago), and any who are embarrassed or afraid to stand by a statement like that have three choices:

(1) they can openly denounce the anti-tax speaker as too radical, which is always tremendous fun for the speaker, or they can defend taxation by explaining how it's consistent with the Zero Aggression Principle;

(2) they can shut their craven mouths and quietly crawl back under whatever geology they may happen to have emerged from in the first place;

(3) they can quit the party altogether, which is a good thing.

On the other hand, anybody who tries to advocate racism or censorship or drug prohibition or victim disarmament cn be hammered back into place with the Zero Aggression Principle and the Bill of Rights.

The mission of the Privacy Party would be to get government out of everybody's lives and shrivel the damn thing down to the size of a peanut. I have some powerful new ideas for tactics and strategy that I could put into a manual similar to Down With Power: Libertarian Policy in a Time of Crisis—which I suggest you check out if you want a healthy sample of the way I think about individual liberty. Published by Phoenix Pick, it's available in trade paperback or e-book format at Amazon.com, B&N.com and other fine establishments both real and virtual. How to fix America: you'll never read anything else like it.

If, after a certain interval, nobody's interested, I have plenty of other writing obligations that I'm always in need of catching up on.

The ball's in your court.

As The Oligarchy Creates A New Group of Revolutionaries