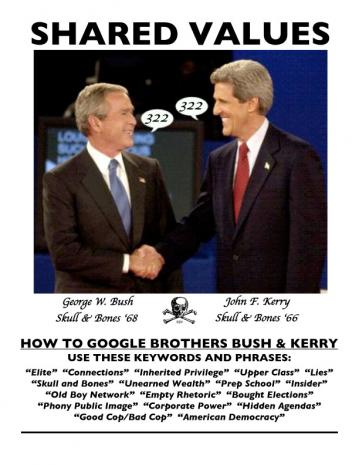 He's no diplomat. He's a world class thug. He mocks legitimacy. He disgraces the office he holds. He represents the worst of America's dark side.

He's a serial liar. He's been caught red-handed lying numerous times before. He's at it again.

Big Lies infested his Monday Wall Street Journal interview. Truth was nowhere in sight. More on what he said below.

"Today, in response to Russia's continued actions in southern and eastern Ukraine, the United States is implementing additional restrictive measures on defense exports to Russia."

"Accordingly, the Department of State is expanding its export restrictions on technologies and services regulated under the US Munitions List (USML)."

"Effective immediately, the Department's Directorate of Defense Trade Controls (DDTC) will deny pending applications for export or re-export of any high technology defense articles or services regulated under the US."

"Munitions List to Russia or occupied Crimea that contribute to Russia's military capabilities. In addition, the Department is taking actions to revoke any existing export licenses which meet these conditions."

"All other pending applications and existing licenses will receive a case-by-case evaluation to determine their contribution to Russia's military capabilities."

"The United States will continue to adjust its export licensing policies toward Russia, as warranted by Russia's actions in Ukraine."

"We urge Russia to honor the commitments it made in Geneva on April 17 to deescalate the situation in Ukraine."

Fact: They have no legal standing.

Fact: Imposing them is entirely political.

Fact: It wants it transformed into a pro-Western vassal state.

Fact: It wants its resources plundered.

Fact: It wants its people exploited.

"US behavior in the field is becoming provocative."

Kerry lied responding to Wall Street Journal questions. "You almost feel that (Putin is) "creating his own reality, and his own sort of world, divorced from a lot of what's real on the ground for all those people, including people in his own country."

"We're inches away from" targeting whole sectors of Russia's economy. "And if they continue on this path, that's where it's heading."

He unjustifiably blames Putin for US crimes. Ukrainian crisis conditions are "obviously very personally driven in ways that I think are uniquely inappropriate to 21st century leadership," he said.

"It's an amazing display of a kind of personal reaction to something that just doesn't fit into the lessons learned for the last 60 years or 70 years."

"It's so divorced that it leaves you feeling badly for the consequences. I think the Russian people are going to pay a price for this."

"It's unfortunate for the Russian people, who clearly don't fit into the costs that are being attached to this, because it appears to be so personal to President Putin."

Putin's appeal to 'nationalism' is "dangerous in this time and place."

"There's no question that plans were executed in a thoughtful way in Crime. Obviously there's a plan. And it's being carried out with a sort of singular resolve, I guess is the way to put it."

He called Putin's failure to bend to Washington's will "an example of bad faith and absence of legitimacy."

"You're supposed to try to find a diplomatic solution to things. If you can't do that then you have to take the steps necessary to enforce your policy."

He thinks things "could deteriorate into hot confrontation" even without Russian troops entering Ukraine.

"And there are provocateurs who are perfectly capable, who are trying to instigate that kind of flare-up."

He praised Kiev restraint from preventing it, he said. "But obviously you could have a flash point here."

Fact: Trading bilaterally in rubles with other countries using their own currencies works best.

Fact: Dollar supremacy is at stake.

Fact: So could its ability to continue imperial adventurism.

Fact: He has no imperial ambitions.

Fact: Crimeans acted solely on their own volition.

Fact: No Russian involvement encouraged them.

Fact: It bullies nations into compliance.

Fact: It threatens them.

Fact: It cows them into submission.

Fact: Kiev putschists have no legitimacy.

Fact: They escalated it.

Fact: They continue it.

Fact: They deployed neo-Nazi Right Sector thugs to do so.

Fact: They hired foreign mercenaries to supplement them.

"If someone in Brussels hopes to stabilize the situation in Ukraine (through sanctions), it is an evident sign of their complete incomprehension of the domestic political situation in this country and a direct invitation for local neo-Nazis to continue anarchy and outrages regarding the civilians of the southeast."

"Instead of forcing the Kiev clique to sit at the table with southeastern Ukraine to negotiate the future structure of the country, our partners are doing Washington's bidding with new unfriendly gestures aimed at Russia."

Over a dozen injuries were reported. At least eight people were hospitalized.

According to journalist Vitaly Ivanov, around 1,000 "neo-Nazi thugs" were involved. "We were expecting an attack," he said.

"We had objective information. Really, the guys arrived with baseball bats, sticks and rods."

About 200 anti-Kiev activists "met them halfway in order to regain the initiative."

"More and more people joined us at an incredible pace as we made our way."

"When we reached (pro-Kiev thugs), there were about 1,000 of us…We were received with aggression."

"Smoke grenades were thrown at us. Several people got injured."

"Then there were a couple of small scuffles with the ultras. And then they just dispersed."

"They didn't expect such a rebuff; that there'(d) be so many of us." Molotov cocktails and stones were thrown.

It said they're "shadowy forces that make their view known, but rarely their identities."

It lied saying they attacked pro-Kiev supporters "(w)ith Ukrainian flags flying high and garlands of flowers in their hair."

It called what happened "the latest proof of disarray" engulfing Eastern Ukraine.

"Putin talks about asserting Russian dominance over the entire region."

You can't make this stuff up. Other lies followed. US media scoundrels proliferate them. Truth is whitewashed. It doesn't have a chance.

At risk is world peace. Ukraine is ground zero for potential East/West confrontation. All bets are off if it happens.