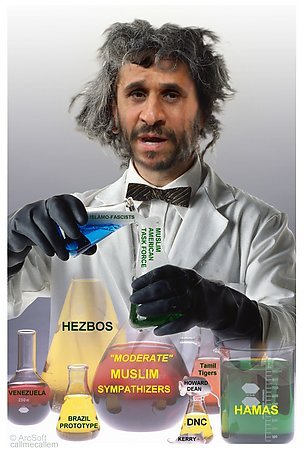 Last November, Iran and P5+1 countries agreed on interim Joint Plan of Action (JPA) terms. Obama twice breached them. He did so unilaterally.

In mid-February, talks resumed. Focus is on agreeing on a comprehensive "permanent resolution" by July 20. Previous articles raised doubts.

It doesn't matter. "My goal is to prevent Iran from getting a nuclear weapon," said Obama. "All options are on the table."

Iranians have just cause for concern. US agreements aren't worth the paper they're written on.

Washington doesn't negotiate in good faith. It never did. It doesn't now. Believing otherwise requires a giant leap of faith.

On May 14, talks resumed in Vienna. Efforts began on drafting permanent agreement terms.

Three more rounds will follow current ones. Two in June. A third if needed for as long as it takes to achieve permanent agreement terms.

"I would caution people that just because we will be drafting it certainly does not mean an agreement is imminent or that we are certain to eventually get to a resolution," he added.

"There are a range of complicated issues to address and we do not know if Iran will be able to make the tough decisions they must to assure the world that they will not obtain a nuclear weapon and that their program is for entirely peaceful purposes."

During his mid-May Middle East tour, US Defense Secretary Chuck Hagel said talks "will under no circumstances trade away regional security for concessions on Iran's nuclear program."

"While we noted that Iran's diplomatic engagement has been a positive development, we continue to share deep concerns about Iran's destabilizing activities throughout the region."

They did so without evidence. They ignored contrary facts otherwise. False accusations persist.

Making them bodes ill for resolving decades of US hostility. According to ambassador-at-large and counterterrorism coordinator Tina Kaidanow:

"We will continue to counter Iranian support for terrorism, in coordination with our partners and our allies, and make clear to Iran's leaders that its government sponsorship of illicit actions are unacceptable to the international community."

Iran's Foreign Minister Mohammad Javad Zarif said "(w)e have come here with a decisive will" for compromise. At the same time, he vowed to defend Iran's legitimate nuclear rights.

Nothing suggests they changed. They call for eliminating all independent governments. Replacing them with US-friendly stooge ones in prioritized.

It wants what Tehran won't tolerate. Its sovereign independence matters most. So are its fundamental rights.

David Albright heads the Institute for Science and International Security (ISIS). He impersonates a nuclear expert.

"He breathes false legitimacy into these factually challenged stories by" claiming fake credentials.

Albright founded ISIS. It's self-serving. It shuns truth. He fronts for power, privilege, and war profiteers.

He fronts for power. His role is political. He says what Washington wants to hear.

Credibility isn't his long suit. He has no scientific expertise whatever. He fakes it.

He supports it. His hardline views haven't softened. He's committed to regime change.

On May 14, Wall Street Journal editors featured him and Albright. They gave them prominent op-ed space. They headlined "Making Iran Come Clean About Its Nukes."

They lied about a non-existing program. No evidence whatever suggests one. It doesn't matter.

"Alarm bells should be going off in the West," they claimed. P5+1 countries "have been trying to negotiate a deal to end sanctions against Iran in return for drastic reductions in its nuclear program."

"If Iran is able to successfully evade questions about a weapons program now, when biting sanctions on oil exports and financial transactions are in place, why would it address them later when these sanctions are lifted?"

"What use will an agreement be if Iran can hide a capacity to secretly build nuclear bombs?"

"(T)he 'world' wouldn't be so concerned if Tehran had never conducted activities aimed at building a nuclear weapon."

"(A) final agreement must ensure that any effort by Tehran to construct a bomb would be sufficiently time-consuming and detectable that the international community could act decisively to prevent Iran from succeeding."

"It is critical to know whether the Islamic Republic had a nuclear-weapons program in the past, how far the work on warheads advanced and whether it continues."

"Without clear answers to these questions, outsiders will be unable to determine how fast the Iranian regime could construct either a crude nuclear-test device or a deliverable weapon if it chose to renege on an agreement."

"After nearly a decade of talks…Iran has resisted answering…primary questions about a weapons program."

"Now a July 20 deadline looms…Tehran may be betting that if it stalls long enough, its negotiating partners will significantly soften their demand for information about militarized nuclear activities in order to keep the negotiating process on track."

"To ensure that the Iranian regime doesn't benefit from running down the clock, (P5+1 countries) should make clear that no agreement is possible" without full disclosure - of what's non-existent.

Otherwise, "more crippling sanctions" will be imposed. "Much more than diplomacy is at stake."

Albright and Tertrais claim "his denials are not credible."

"Unless Iran…address(es) concerns about past military-nuclear efforts, (it'll) have established a powerful precedent of no-go zones…to conduct clandestine, prohibited activities, such as uranium enrichment and weaponization," they said.

"If the West fails to demand that Iran verifiably fess up to the military dimensions of its nuclear program, the odds are good that Ayatollah Khamenei would be able to build the bomb without fear of discovery."

Fact: They're unanimous about Iran annually.

Fact: They affirm no evidence whatever about an Iranian militarized nuclear program.

Fact: He presented no evidence suggesting a nuclear weapons program.

Fact: "We continue to assess...Iran's overarching strategic goals," he said.

Fact: He claimed Tehran has "the ability to build missile-deliverable nuclear weapons, if it chooses to do so."

Fact: It bears repeating. Nothing suggests it, he stressed.

Fact: "We do not know if Iran will eventually decide to build nuclear weapons," he said.

Fact: No programs exist to do so.

Fact: Its "advancements strengthen our assessment that Iran has the scientific, technical, and industrial capacity to eventually produce nuclear weapons," said Clapper.

Fact: So do Germany, Japan and numerous other countries.

Fact: US ones weren't mentioned.

Fact: Nor US and Israeli long-range delivery systems.

Fact: Clapper ignored what matters most.

Fact: Despite Iran's technological capabilities, he said, it won't "be able to divert safeguarded material and produce enough weapons-grade uranium (WGU) before such activity would be discovered."

Fact: If Iran "fully implements" interim Joint Plan of Action terms,  its transparency will "provide earlier warning of" any violations, he added.

Fact: It includes virtually all countries except Israel and some other rogue states.

Fact: No evidence suggests one.

Fact: Nothing indicates Iran wants one.

Fact: It's the world's most heavily inspected country.

Fact: Iran was one of its first signatories.

Fact: So does Israel.

Fact: It's a nuclear outlaw.

Fact: It's been so for decades.

Fact: If all nations were governed like Iran, nuclear weapons wouldn't exist.

Fact: Peace would be prioritized.

Fact: So would rapprochement among all countries.

Fact: Rule of law principles would be respected.

Fact: So would national sovereignty.

Planet earth would be safer to live on. Humanity could exhale.

Iran Behind Strike on Israeli-Managed Tanker