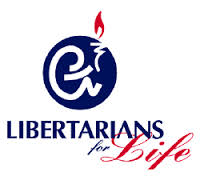 Doris Gordon was a friend of mine. A fellow Jewish atheist, she started an organization in 1976 called Libertarians for Life. Most libertarians are pro choice, so hers was a lonely calling within the libertarian movement. Doris and I disagreed on this issue (I favor evictionism, neither pro life nor pro choice), but we were still good friends. We engaged each other on this issue many times over the years, neither one of us able to convince the other. But our discussions were always civil and friendly, something I greatly appreciate. I will miss my friend Doris Gordon. RIP.

1:15 pm on July 11, 2014 Email Walter E. Block======================================
Ernie: Doris was one of my first interviews when I started doing radio in early '03. Another Libertarian for Life candidate and close friend in the liberty movement here in Arizona started an effort called 'First Way' that helped young girls find adoptive parents for their children as an alternative option to abortion. Gary Fallon was very active as a Catholic libertarian candidate that advocated for non-aggression against an unborn human being. Gary was the first libertarian I ever met and was totally no compromise on libertarian principles and used Doris Gordon's materials and much of her rhetoric on the campaign trail.

Doris Gordon was a great resource on this issue with a compelling principled argument that greatly influenced how many of us address the issue of abortion.
Doris was a continually used resource for many years and I enjoyed all of our conversations and she helped me understand the issue much more completely than any other on the issue of 'ending the life of an unborn child'... 'a homicide'. She was very adamant about the definition of what was being done... but the 'legality' of the act was another issue. Doris was very cleaver in her approach. First, call it what it is.

As a pro-choice activist she was exposed to the principles of the non-aggression principle and was influenced heavily by libertarian thought that in her mind naturally evolved into her advocacy for the lives of those unable to advocate for themselves.No matter what your opinion you will get a much fuller understanding of the issue and the interview below will provide you a lot of tools for the next time you engage in a conversation on the issue as a candidate or as an advocate for liberty.

It has been over ten years since this first interview and Doris' words are still very influential in my communications about liberty in all aspects of our livesIf you will take the time to listen to our conversation I'm certain that you will impacted in a positive way no matter what your opinion on the subject.

Doris, thank you for your passionate advocacy for those least able to advocate for themselves.

Doris Gordon, from Libertarians For Life (http://www.L4L.org), has been a libertarian since she read Atlas Shrugged in 1959, as well as an atheist. Most interestingly, she is pro-life and well versed in the principled arguments. She not only knows a great deal, she has seen it.

Reality of Love and it's Impact on Manifestation (PUBLISHER RECOMMENDED)

Help support my daughter until I can...

For So Many Departures, An Irish Blessing

Do not worry about what the Government is doing...Love the ones in your life...