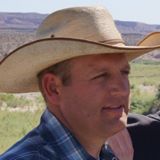 Do Nevada legislators support the federal take over of Nevadans water rights, or are they just ignorant to the facts that the waters are being stolen from the Nevada people?

Yesterday in a late assembly floor session, Jim Wheeler stood in testimony against AB408. AB408 was a bill that made it illegal for the federal government to own water rights in Nevada. Jim Wheeler testified that AB408 was messing with Nevada water laws and that water was too sacred in Nevada to be doing this. So this question is in order. If legislators such as Jim Wheel, Robin Titus and Chris Edwards are so concerned about Nevada's water, then why do they support the federal government in stealing thousands of water rights from the people of Nevada?

To help bring some light to this bloody massacre of individual water rights in the west, let me explain. The Nevada Division of Water Resources maintains a water rights registry were all the deeds to Nevada water rights are listed. You can view the actual deed, see who originally established them and see who owns them now. Most water rights were created by our pioneers who established the rights by being the first to beneficially use the water. In 1880 the State of Nevada created the water right registry and made it possible for our pioneers to file their rights with the state. Common law in Nevada and most other states make it so that in order to hold on to water rights you have to prove that you are putting the water to beneficial use. If you fail to use them, someone else may prove beneficial use and the right becomes theirs. This good law keeps an individual or a corporation from hoarding water and not allowing people to benefit from it.

So this is where our un-recognizable federal government comes in. Knowing that water is a limited resource and one that will warrant wealth and power (especially in the future), desiring that power for themselves. The federal government began a campaign against the citizens of the Western States to steal away their water rights. All they have to do to accomplish this, is get those that own the water rights to stop using them. Once the owner stops using them, then they can file up on the right and make it theirs. You may be asking yourself has this really ever happened? In Nevada alone the BLM has done this 2715 time, the U.S. Forest Service has done it 2313 times, the Department of Interior has done it 26 times, and the National Park Service has done this 14 times. Those 4 federal entities in total have stolen 5068 water rights from individuals in Nevada alone.

With supposed power to regulate people off the lands, the federal government restricts ranchers, miners, loggers and many other land users from the use of the lands and therefore the waters. They then use the states own registries to file claim on these peoples rights due to the lack of use. In some cases these federal agencies have later leased or rented the water and other rights back to the very families that they stole it from. Making the family pay a fee to use what these federal agencies claim as "their right". In other cases the federal government have forced the water rights owners to give up claim of the water in order to continue to use the land. There are several other adverse ways in which these agencies have manipulated the resources away from families that have established these rights thought hard word and much suffering. Time will not allow for me to explain all of them, needless to say our federal government is in business for themselves and not for the people.

You may recall a year ago I was tasered three times for protesting a convoy of federal agents. Around 34 over aggressive federal agents in 13 armed vehicles were escorting a BLM dump truck pulling a backhoe, they had just come off the mountain range on the Bundy ranch. These federal agents were trying to keep the protesters from seeing what was in the dump truck. Coming from behind I sacrificed my ATV by driving in front of the dump truck. After the initial crunch I calmly stepped off and demanded to know what they were doing in our mountains with that backhoe. After experiencing a dog attack and a 50,000 volt doubled barbed shock of my life, three times in a row. I keep my strength and crawled upon the dump truck to see what was in the back. What I saw was even more shocking to me than a taser. They were up in the mountain tearing out the water infrastructure my family and others had established over a hundred ago. Pipes, concrete, cut up water, tanks and so on is what I saw.

As you may have put together, they were after my fathers water rights. He owns 11 of them, they are deeded to him and filed in the state water registry. If the feds could remove the cattle (which they tried, killing around 60 head). Then destroy any way to use the waters, making it impossible for may dad to claim beneficial use. All they would have to do after that, is claim those waters for themselves, the same way they stole the other 5068 water rights in Nevada. You may also find it interesting that grazing rights in Nevada are deeded with stock-water rights. Destroying the Bundy's waters was killing two birds with one stone in the eyes of our so called federal government.

Now we have come full circle. AB408 was drafted to restored the water rights back to the people and preventing these grievous actions from happening again. So why would Jim Wheeler, Robin Titus and our very own representative Chris Edwards fight against this? I hope it is out of ignorance, I hope it was simply because they are disconnected with what is really happening in the state. I hope they just simply do not realize how the people of this state are suffering. After being up in Carson City, Nevada's capital for much longer than I wanted and experiencing what I did, I am left to wonder.

I would like to personally thank the over 14,300 acting supporters of this bill. And also the hundreds of thousands that have been keeping an eye on my family.