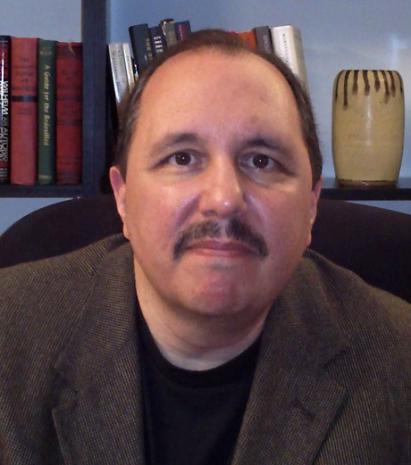 These words (which I picked up from Abraham Joshua Heschel) are true, even if it doesn't seem like it. Humanity may be blind – willingly blind – for sickening lengths of time, but mankind is not always blind.

Our present government/corporate culture – the loud, flashing, vapid cloud of distraction and fear that surrounds us – not only promotes blindness toward anything outside of itself, but requires this blindness for its very continuance; this is true.

Still, man is not always blind.

I will begin making my point with an old example:

Would you expect thousands of peasants, in deepest medieval France, to walk for scores or even hundreds of miles, through early 12th century mud and wilderness, and to sleep outdoors, just to hear a philosopher teach? A man who was rejected by Church and secular authorities, and who was mutilated beside?

Regardless of how implausible that may sound, it happened. The teacher's name was Peter Abelard, this is how he described these events:

Forthwith I sought out a lonely spot known to me of old in the region of Troyes [in north-central France], and there, on a bit of land which had been given to me… I built with reeds and stalks my first oratory.

No sooner had students learned of my retreat than they began to flock there from all sides, leaving their towns and castles to dwell in the wilderness. In place of their spacious houses, they built themselves huts; instead of dainty fare, they lived on the herbs of the field and coarse bread; their soft beds they exchanged for heaps of straw and rushes, and their tables were piles of turf.

This happened. These people grew tired of being blind. Then they did something about it.

And even in our age, which beats out the 1950s as an age of abject conformity, thousands of good people are breaking away from it.

There are people who can see and feel and think independently – or, even more horrifying to the overlords of the age – people who can and do act on their heretical beliefs. These people don't show up on TV, of course, and seldom on radio, but they exist all the same.

New branches of civilization are sprouting, and the people of these branches care about seeing. Voluntaryists, Bitcoiners, homeschoolers, cryptoanarchists, hackers, makers, religious non-conformists… Such people are sick of being blind; are sick of living a hypnotized, acquiescent life of chasing symbols and illusions, while being systematically reaped by a corrupt system.

And not only that, but to a larger extent than most of us realize, this is flowing into the low spots of mainstream culture. During my youth, politicians were held to be important men; wise and virtuous men. And that is simply no longer true. I don't think there is any place left in the West where the phrase, "Politicians are liars and thieves" would fail to garner general agreement at a bus stop. That is a big, serious change.

For all of our lifetimes, we've been living through a perfect storm of authority. Authority has benefited from a group of temporary conditions and has gone, in stock market terms, through the roof. But this will not last forever, and it is thinning as we speak.

Authority has become brittle and fragile. It remains in place, but the people who still believe in it are those who are least-informed, least-awake and least-alive. The more informed the individual, the more likely it is that they hold authority to be stupid and abusive.

I haven't space to go through this in length here, but those so inclined can find it in issue #40 of my subscription newsletter.

Among the people who I'm sorry to have missed in his lifetime was Buckminster Fuller. So, I'd like to conclude by quoting a few passages from Fuller's last book, Cosmography, published nine years after his death:

The dark ages still reign over all humanity, and the depth and persistence of this domination are only now becoming clear.

Man is not forever blind.

This Dark Ages prison has no steel bars, chains, or locks. Instead, it is locked by misorientation and built of misinformation… We are powerfully imprisoned in these Dark Ages simply by the terms in which we have been conditioned to think.

And that's really what all our efforts are about: Changing our minds and seeing the vile conditioning that has been imposed upon us; cutting life free of its constraints and letting it flourish, unhindered. Once we do that – and ignore the medieval thugs who seek to keep us chained to their chariots – our dark ages will end.

Dear reader, traditional human power structures and their reign of darkness are about to be rendered obsolete.

It's hard to add much to this passage, aside from a hearty "amen" and "we're not nearly as far from it as we may think."

Press forward and savor every bit of progress you see.

Darkness will not reign forever.

Man is not always blind.

Is The Netherlands FREE? - The TRUTH On The Ground!