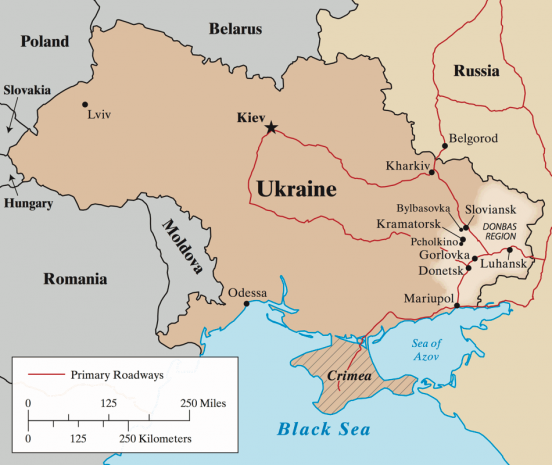 US and British special forces are actively preparing Kiev's military for escalated combat. UK Defense Secretary Michael Fallon said Britain will double the number of Ukrainian troops it's training by yearend. He called conflict in Donbass "red hot" - heading toward getting hotter.

Deinego denounced junta authorities "reluctance to bring closer the peaceful settlement of the" conflict. It authorized $250 million in extra spending for greater military buildup in Donbass despite its economy teetering toward collapse - funds desperately needed for constructive purposes earmarked for escalated war.

It was repelled, but shelling continued. "(T)he Ukrainian military committed (more) gross violation(s) of the Minsk agreements. They knew that we had lived up to our commitment to withdraw all heavy weapons, including with a caliber under 100mm (from the disengagement line), and decided to take advantage of the situation to move deep into the DPR's territory."

"We are calling on the OSCE SMM and the Joint Control and Coordination Centre to carry out immediate and detailed investigation into the attack. We also want the world community to be informed about" continuing Kiev aggression.

On August 12, Russian REN TV personnel came under fire near Donetsk airport. A statement said "(t)he Ukrainian military opened fire at the REN TV crew today when our correspondents were working near the Donetsk airport, which is one of the (area's) biggest flash points."

"Shooting has been under way in the village of Oktyabrsky, one kilometer away from Donetsk airport, for days." Numbers killed and wounded aren't known.

"These concerns are strengthened by military equipment drawn to the contact line by Ukrainian forces, as well as by shellings of residential areas." Kiev ignores Minsk terms. Its actions show it wants continued war heading toward full-blown like earlier.

After Donbass freedom fighters unilaterally withdrew heavy weapons near front line positions, they had to redeploy them to counter junta artillery, tanks and equipment in restricted areas attacking its cities, towns and other areas.

"(J)unta (forces) officially renounced any restrictions on the withdrawal of artillery" and other heavy weapons - continuing to breach Minsk terms flagrantly.

DPR and LPR forces "are now actively strengthening their positions at the front in anticipation of (a Ukrainian) offensive."

On Wednesday, Donetsk workers "were released…early because they fear massive shelling." DPR "is preparing bomb shelters, and notably, talking about the possibility of air strikes."

Donbass officials say escalated fighting "can erupt at any time." Minsk is dead.

If diplomacy can't find a way to stop things, full-scale fighting can resume any time.

"(A)ctivity (indicates) the possibility of a return to massive bloodletting in the coming days, rather than continuation of the (April - July) trench warfare…"

With Washington and Britain readying its troops for combat, Kiev could resume full-scale aggression any time. It remains to be seen if implementation follows and when. Mass slaughter and destruction may be greater than earlier.