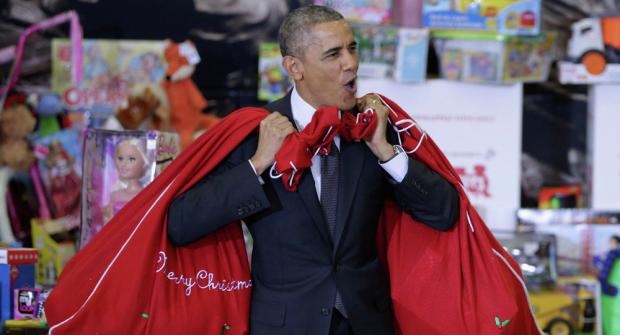 "It is critical that Russia takes the steps necessary to comply with its obligations under the Minsk Agreements and to ensure a peaceful settlement of the conflict in Ukraine."

"By more closely matching our designations with those of our international partners and thwarting attempts to evade sanctions¸ we are once again demonstrating the United States' unwavering resolve to pressure Russia to respect the security and sovereignty of Ukraine."

Fact: Absurd accusations of nonexistent Russian aggression persist. No nation works harder for peace and stability, none more committed against war and instability.

Months of US-led pressure exerted on Russia accomplished nothing. Washington claiming it's committed to seek diplomatic conflict resolution in Ukraine is polar opposite official US policy - using its installed Kiev ally as a dagger against Russia.

"Certainly, based on the reciprocity principle, the Russian side will initially review these (US) decisions (and) then pool proposals on possible countermeasures."

Its hardline policies belie its occasional softer rhetoric. The sanctions list includes 14 individuals and entities linked to individuals involved in "evasion of existing US sanctions or are 50% or more owned by a designated entity," the US Treasury said.

It also includes six "separatists (wrongfully) designated for threatening the security or stability of Ukraine" for wanting democratic rights, refusing to live under repressive fascist rule.

Two former Ukrainian Yanukovych government officials were targeted "for being complicit in the misappropriation of public assets and/or threatening the security or stability of Ukraine."

Hugely corrupt illegitimate fascists in Kiev enjoy full US support, their high crimes ignored, notably against their own people.

Twelve Crimean entities were targeted, the US Treasury saying sanctions will continue until "the return to Ukraine of control of its side of the international border with Russia."

Crimea is legal Russian territory, affirmed by the overwhelming majority of its people, by open, free and fair national referendum - their international law guaranteed right of self-determination. There's no going back.

Various Russian entities and officials are targeted. On Monday, EU nations succumbed to heavy US pressure - extending its sanctions on Russia for another six months, despite their ineffectiveness.

Moscow blasted the move rightfully. Maybe one day EU leaders will declare independence from Washington and act in their own best interests.