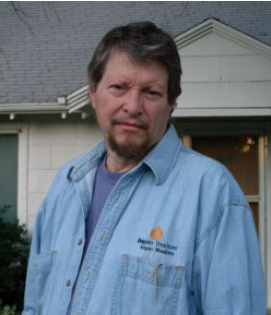 All hail to the People's Glorious Collective!

After a lifetime, half a century, of being screwed around with by morons from the shallow end of the gene-pool and thumb-fingered socialist thugs who think they know better how to live my life than I do, or that they know my rights better than me, I have had enough. The victim disarmament movementbegan with the spurious claim that the assassination of Jack Kennedy might have been prevented by the right suite of gun laws (it could not, since it was carried out at the behest of his political enemies) and has justified its illicit behavior ever since with the biggest pack of lies this side of global warming.

Facebook has never been a champion of truth or free speech in the uniquely American sense. Internationally, from the start of the cyber revolution, it has been a willing—make that "eager"—collaborator with evil of the lowest kind, the virtual scum of the Earth, like the murderous government of communist China. In making this latest stupid decision, it has chosen the losing side in a long historical struggle that began at Lexington and Concord 241 years ago, or perhaps with William Tell in Switzerland in 1307. Its fortunes will no doubt suffer accordingly.

The U. S. Constitution is the operating system of the country. If something goes wrong, or government tries to ignore it, it doesn't work out well. Within the Constitution, the first ten amendments, the "Bill of Rights" are the highest law of the land. The Second Amendment guarantees protection of a pre-existing human right, the right to own and carry weapons. Deny Americans that right, you violate the entire Bill of Rights which came as a package, the condition on which the Constitution as a whole was ratified. Powers exercised by government derive from the Constitution, so if the Constitution goes, so does all government authority. We're back to rule by sheer brute force. The pencil-necks at Facebook would not fare particularly well under such conditions.

What they need, what we all need, is the rule of law, something that's been increasingly scarce since the first Bush Administration, and more or less reduced to ashes under Barack the Usurper. It begins with respect for and strict observance of the Bill of Rights: it's all that makes America exceptional. That's such an important point I'll repeat it: the one thing that makes America exceptional is the Bill of Rights.

It is basic logic that the right to own and carry weapons assumes a right to manufacture, sell, and buy them. The Second Amendment says that right "shall not be infringed" which means sneaked up on a little bit at a time and nibbled away. Nowhere does it mention anything about the licensed right of the people or any need to acquire permission from government chair-warmers to exercise your rights. The entire rickety structure of gun legislation in this country, federal, state, county, municipal is illegal as hell and must be thrown on the trash heap of history where it belongs, to decompose. Be sure to hold your nose.

My plan is not to leave or boycott Facebook, but to plague them about this vital civil rights issue from inside until they toss me out, betraying, for all of the world to see, their sycophantic adoration of all things totalitarian, including a regime that chops its convicts up for spare organs. Somebody pointed out, correctly, that it's their right to impose whatever limits they wish on the use of their private property, and, as the original propertarian anarchist, I agree. It's also my right to make their lives just as miserable for it as I can. Imagine going home at night, and when your five-year-old asks you what you did today, you had to answer, "I gagged as many people as I could, to keep them from exercising their rights".

Facebook is far from the only corporate abuser of the rights that have made them rich in this new Age of Sideways Communication. They probably aren't even the first. So, since I'm a very small voice, and The Libertarian Enterprise is a very small publication, I am going to be counting on my readers—and those they correspond with—to make my principled position known. And to contemplate what it would take to give Facebook what it clearly needs the most—some real competition.

Mark Zuckerberg's Phone Number Is Among the Personal Data from 533 MILLION...