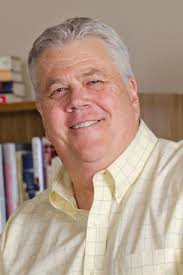 If I hear Marco Rubio or anyone else say he is a "foreign policy expert" one more time I think my head will explode.

Rubio is so oblivious to the failures of the policies he champions that his campaign website actually invites visitors to "join Marco's fight for A New American Century," echoing the name of the infamous neocon group whose members were so instrumental in the Bush war deceit.
How a supporter of Bush's Iraq war, Hillary's Clinton's Libyan calamity, and the CIA's Syrian debacle can be called an expert is beyond me, but some people seem to buy it.  Over the weekend the Des Moines Register managed to endorse both Rubio and Hillary Clinton, two warmonger peas in an interventionist pod.

Hillary may be about finished on the national stage (one can only hope), but there are many in the Republican establishment trying to clear the field for Rubio, looking to him to save them from Trump, who they cannot control, and Cruz, who they personally detest.

But before circumstances and insider machinations have him landing somewhere on a national ticket the America people should know something of Rubio's real expertise.  It consists of promoting the American military empire and the institutionalized plundering of the people.
One of his initiatives a couple of years ago provides a succinct example of Rubio serving both masters, the warmongering state and the crony classes

This story starts in 2014 on the heels of the U.S. driven coup in Ukraine.

Rubio was busy sharing a lot of his foreign policy "expertise" about Ukraine and Russia.  In March, he offered a package of "8 Steps Obama Must Take to Punish Russia."  Among them was his idea that we must make a renewed push for the Republic of Georgia to join NATO.

Another NATO member on Russia's border?  Bad idea. Russia's concern about the presence of an expansive military might on its borders is reasonable enough, a perfectly understandable concern that any nation might share.  But it was a matter of utter indifference to our young foreign policy expert.

So Rubio joined 20 other senators who would like to see the Cold War resurrected by sponsoring the Russian Aggression Prevention Act of 2014. It called for more armaments for Ukraine and increased spending on NATO.  It demanded joint military exercises with Ukraine, Georgia, Moldova, Azerbaijan, Bosnia and Herzegovina, Kosovo, Macedonia, Montenegro, and Serbia.
Perhaps its least noted provision was the most loaded with explosives.  It included $10 billion for the U.S. to meddle in the internal political affairs of Russia, in the same way that the government spent $5 billion meddling in the internal affairs of Ukraine and micromanaging the regime change in Kiev.

But then Rubio, along with Senator Ted Cruz, had still another bad idea.  In April the two senators wrote to Treasury Secretary Jack Lew, asking him to create a "currency board" to prop up the value of the hryvnia, Ukraine's national currency, and to guarantee its exchange rate.
Then in May Rubio pushed the proposal further on the editorial page of The Wall Street Journal.  Rubio demanded Americans extend to Ukrainians the benefits of "a trustworthy sovereign currency."

One without Rubio's expertise might think the trustworthiness of Ukraine's currency should depend on Ukraine's fiscal and monetary probity.  The world is crawling with countries that would like to have trustworthy sovereign currencies, but are unwilling to act responsibly to get them.  But like the rest of Washington which relies on money created by fiat, Rubio seems to think that declaring a thing, like the value of the hyvernia, will make it so.  He breezed right by the question of the real resources that it would take to prop up the value of Kiev's currency, writing only that it could  be undertaken by Ukraine's foreign currency reserves and some undefined "special-purpose loan arrangement" from the International Monetary Fund.

Ukraine's dwindling reserves were wholly inadequate to that task, so the plan really relied on the IMF.   Since we are the largest contributing nation, this is transparently a device for laundering American taxpayer money.

In the air around multinational proposals like Rubio's, one notes the scent of bankers desperate to be spared the risk of a default.   A good chunk of the other proposed IMF packages for Ukraine were to be used by Ukraine to pay it bank debts.

So to peel the onion:  The U.S. government was to borrow money from foreign creditors like China and even Russia (yes, Russia is a creditor of the U.S. Treasury) to launder through the IMF to give to Ukraine which in turn would give the money to its creditor multinational banks and plutocrats.

It's enough to bring a tear to your eye.

Never explained is why the American people, still straining under the "new normal" conditions of their own economy, should be taxed to provide for Ukraine what Ukrainians are not willing to provide for themselves.

Rubio is not a man of any detectable financial sophistication.  He has a reputation for not keeping credit card accounts straight and for not being able to balance his own checkbook.  How likely is it that he knows anything at all about currency boards?  At least it is not evident that he does from the text of his proposal.  After all, Rubio offered not a single number that would make clear to the reader the cost involved in funding an unlimited liquid market for the broken currency of a corrupt government at a fixed and artificially high price.

Of course one can't assume Rubio wrote the Journal piece himself.  I suspect it was written for him at the direction of his crony patrons, and, eager to ingratiate himself with them, he signed on to their policy.  But one thing is clear.  In the manner of all such crony schemes, the authors whoever they are, have their hungry eyes on your money.

I don't want to leave the topic without wagging a finger at the Wall Street Journal.  Any self-respecting editor will send an incomplete guest submission back for changes when needed.   Yet the paper's editors saw fit to publish Rubio's foreign currency initiative despite the fact that it had not one real number reflecting its likely cost.   There was not a single projection, estimate, or even a good guess.

Alarm signals should go off in the face of these grandiose government plans and schemes.  Those alarms should scream twice as loudly when hard and reliable numbers reflecting their costs are conspicuously missing.

For a newspaper that covers the world of money and finance, that neglect is a sign of sheer disrespect for it readers.

The largest newspaper in the U.S. prefers war and cronyism to providing its readers with straight financial information.

I'd cancel my subscription, but I already did.

#     #     #
Charles Goyette [send him mail] is a New York Times bestseller author.  He is working on a new book about the American military empire and the nation-state's lapdog press that enables it.